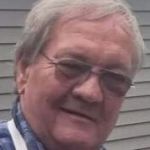 ALBANY—David Nolan Newkirk, 75, of Westerlo passed away January 1 after a brief, brave battle with cancer at St. Peter’s Hospital.

He was born in Albany to Thomas E. and Mary B. Newkirk. He graduated from Ichabod Crane Central School and started a career in meat processing—spending many years with Price Chopper supermarkets as a meat manager working in several stores. Later he worked at Town and Country foods until his retirement.

He loved the outdoors and the many different aspects of it. He was the president of the Kinderhook Sportsmen’s Club for more than 10 years. He was also an NRA life-member and a certified NRA and NYSDEC instructor. He received many awards for the years of hunter safety education he provided to the community.

He was also an active member of the Columbia County Sportsmen’s Federation, Tri-Village Rod & Gun Club, Hudson Fish & Game Club and the Capital District Trap League. He also loved restoring antique cars and could be found frequently at car shows. Mr. Newkirk was devoted to his family and will always be remembered for the great times he created for all of them to enjoy. He is survived by: his three children, Stacy Newkirk of Ghent, Tammy Newkirk of Hudson and David Newkirk, Jr., of East Greenbush; brothers, Thomas H. Newkirk of Freehold, Michael Newkirk (Christine) of Weybridge, VT; sisters, Veronica Turner of Whitehall and Elizabeth Holton-Grady of Colonie; eight grandchildren; 12 great-grandchildren; several nieces and nephews and special friend, Lona Simmons of Westerlo.

He was predeceased by both parents; his loving wife of 43 years, Deborah; sister, Mary Jeanne Carpenter and brothers, George Newkirk and William Newkirk. Services will be conducted at the Raymond E. Bond Funeral Home in Valatie with a viewing Thursday, January 6 from 4 to 8 p.m. and a graveside service at the Ghent Cemetery, Friday, January 7 at 10 a.m. There will be a memorial gathering at the Kinderhook Sportsmen’s Club after the graveside service. Contributions in lieu of flowers may be made to the Kinderhook Sportsmen’s Club. 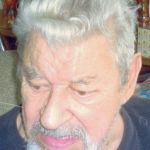 RHINEBECK—John Matthew Ostoyich, 96, of Germantown passed away January 1, 2022 under the care of Hudson Valley Hospice at Northern Dutchess Hospital.

Born March 8, 1925 in the Bronx, he was the son of Stephan and Maria (Michalchick) Ostoyich. He attended a little wooden schoolhouse by Block Factory Road, which had one teacher for all grades.

Mr. Ostoyich served in the United States Navy from 1942 to 1945 in the Pacific and Central Solomon Islands and he was honorably discharged as a pharmacist’s mate second class. He was a life-member of the Jennings-Willets American Legion Post #346 of Germantown, an adopted member of their auxiliary, and a life-member of Red Hook VFW Post 7765.

Mr. Ostoyich operated a general grocery store in Germantown from 1948 to 1951, worked at Corbin Screw in Poughkeepsie; Fafnin Ball Bearing factory in New Britain, CT; fruit packers Clermont; pie plant in Red Hook and was assistant manager for Singer sewing machine in Hudson. He then served the U.S. Postal Service for 28 years as a mail carrier in Germantown, retiring in 1985. He will be remembered for his love of hunting, fishing and telling stories.

He is survived by: his wife of 68 years, Joan (Jennings) Ostoyich; daughter, Joan (Ostoyich) Daley; son, James (Bonnie) Ostoyich and many nieces and nephews. In addition to his parents, he was predeceased by his brothers, George Petrovich, Joseph Ostoyich and Steven Ostoyich, and son-in-law, Daniel Daley.

Visitation at the Bates & Anderson-Redmond & Keeler Funeral Home, Hudson will be held Saturday, January 8 from 11 a.m. to 1 p.m. followed by funeral prayers at 1 p.m. Interment will be in the Reformed Church Cemetery in Germantown. Memorial contributions in his name may be made to Jennings- Willets American Legion Post 346, P.O. Box 418, Germantown 12526. 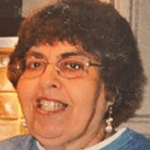 HUDSON—Gloria Hollenbeck of Hudson went to the Lord Friday, December 31, 2021.

Born May 31, 1935 in Hudson, she was the daughter of Thomas and Elvia (Moore) Bartholomew. She worked as a secretary at the NYS Training School for Girls. Following her marriage, she babysat many children throughout her life. Her careers also included working for the probation department and as a school bus monitor while her husband, Joel, drove. She loved to take pictures and display them proudly. Mrs. Hollenbeck also enjoyed writing poetry, baking cakes for special occasions and making blankets to keep everyone warm. She expressed so much love to all of her family, and had a smile that would light up a room.

In addition to her parents, she was predeceased by her husband, Joel Hollenbeck; son and daughter-in-law, Steven and Peggy Hollenbeck; son, Kenneth Hollenbeck; sisters, Carol Kosnick and Janice Day, and brothers, Donald and Thomas Bartholomew.

A memorial service to celebrate her life will be announced in May. Arrangements are with the Bates & Anderson – Redmond & Keeler Funeral Home, Hudson.

A lifelong Hudson resident, he owned “Charlie’s Corner.” He enjoyed his days on the golf course with friends. As a result of his generous spirit, great sense of humor and charismatic personality, he was loved by many.

Mr. Friss is survived by the love of his life of 62 years, devoted wife, Lucille. He was predeceased by his son, Chuck Friss. His beautiful full life will forever be cherished in the lives of his children: Donald Friss of Hudson, Nicholas Friss (Tamara) of Virginia, Cheryl Lewis (Mark) of Massachusetts; two grandchildren, Gracie and Jack Friss; numerous cousins and nieces. A small family service is planned to celebrate his life.

GUILDERLAND—John R. Hall, 81, of Castleton passed away December 31, 2021 at Our Lady of Mercy Life Center.

Born May 6, 1940 in Albany, he was a graduate of Our Lady of Angels Grammar School and Vincentian Institute.

He was the son of the late Richard A. and Rose Cebula Hall; brother to the late Robert A. and Joseph J. Hall and the husband of the late Patricia M. “Sally” Ellers Hall.

With his parents and brothers he operated the family business, Dick’s TV, Inc. in Albany.

He owned several Corvettes in his younger years and would remind everyone that he loved those cars. His summer days were spent at Kinderhook Lake and summer nights spent at Lebanon Valley Speedway. A faithful NY Giants football fan and listener of morning talk radio. He loved the outdoors, hunting and traveling around the country with Sally in their RV. He will be remembered fondly.

A graveside service will be held Saturday, January 8, 2022 at 11 a.m. at the Woodlawn Cemetery, Route 203, Valatie. Arrangements are under the direction of the Raymond E. Bond Funeral Home, Valatie. 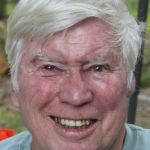 His family was able to fulfill his final wish to die in the home that he built 60 years ago while attended by his cherished family.

George was born in Mount Vernon, New York to Kathleen (Baker) and George Ira Atwell. He attended Blessed Sacrament High School and then Middlebury College where he achieved a Bachelor Degree in Economics.

After serving in the United States Army in Germany, George returned home to Red Hook, NY. He eventually met and married Jean (Conte) and settled in Germantown, NY. George and Jean raised six children and were very active in local church, school, and service organizations. He served on the Germantown School District Board of Education, assuming the role of president for one term. He was one of the founding members of the Germantown High School Booster Club, a former Town Assessor, and served on the assessment board of review as well as on the high school Student Exchange Committee.

After Jean died in 1983, George was fortunate to later find a new partner to share his life with. George and Virginia (Evans) have now been married over 26 years. Together, they have enjoyed wonderful trips to Europe and Australia, canoe camping in the Adirondacks, and RV camping throughout the U.S. George and Ginny cherished celebrating holidays and reunions with family and friends, and spending quiet evenings on their porch in their lovely home in Germantown.

George was a talented craftsman and enjoyed working with his hands. In addition to his family home, George built rock walls, out buildings for the family pets and a multipurpose shed for his workshop and hang out room for his kids. He enjoyed camping, gardening, reading, 8 O’Clock coffee, a good cabernet, and listening to polka music on Sundays.

A Celebration of George’s life will be held in the summer of 2022.

Memorial donations can be made to the Albany Medical Center’s- Bernard and Millie Duker Children’s Hospital in memory of his grandson Daniel George Kalmer.

Special thanks to the staff of Community Hospice of Columbia and Greene Counties for their support through our difficult time.