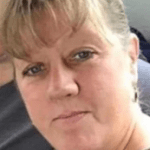 ALBANY—Richelle Olm of Craryville passed away the afternoon of December 20, 2021 while battling cancer at St. Peter’s Hospital.

Born May 30, 1968 in Hudson, she was a graduate of Hudson High School. She was a server at Martindale Chief Diner and Main Street Diner in Valatie for many years.

She was predeceased by her parents, Richard E. Olm and Patrica Olm. She survived by: her loving fiancé, Michael Masten; her loving children, Christopher Rowan, Nathaniel Picardi and Michaela Masten; her two grandsons, Levi Lachance and Theodore Picardi; her aunt, Nancy (Olm) Scalera; brothers, John and Richard Olm; her sisters, Lisa and Kim Zullo; numerous loved ones and friends.

She was devoted to all of her daughter’s softball games. She also loved the outdoors and camped since she was a little girl. She spent most of her summers in the Adirondacks and fell in love with everything about them, from the lakes and the streams to the trails and the mountains. Her favorite thing to say every Friday was, “Northbound!” She will be sadly missed and remembered by many.

She was always a helping hand to anyone that truly needed it. She was a hardworker and managed to fulfill most of her life’s dreams.

She was born November 15, 1942 in Hudson to Thomas R. Bartholomew and Elvia (Moore) Bartholomew.

She was employed as a teacher’s aide in the Hudson City School District before starting her career as a manager with Bagel Tyme for more than two decades. She became well-known and loved by the local community.

Services will be private. In lieu of flowers, memorial donations may be made in her honor to the Columbia-Greene Humane Society SPCA, 111 Humane Society Road, Hudson.

Arrangements are with the Bates & Anderson-Redmond & Keeler Funeral Home, Hudson.

Born August 29, 1948 in Hudson, he was the son of the late Brinton A. and Caroline (Lakestream) Sharp. He married LeeAnn Donerly June 6, 1981 at the Elizaville Methodist Church. She survives at their home.

Mr. Sharp served in the U.S. Marine Corps during the Vietnam War. He received a Purple Heart during his time of service. He was a lifetime member of VFW Post #7765 of Red Hook and a member of Harris Smith American Legion Post #524 of Tivoli.

He was the owner and operator of Sharp Construction and took great pride in his craftsmanship. He enjoyed being outdoors, always fishing, hunting or playing golf.

In addition to his loving wife, LeeAnn, he is survived by: his sister, Cindy Callaway of South Carolina; his sister-in-law, Mary Lorenz of Red Hook; his niece, Kelly Fink; his great-niece, Ainsley Finke; extended family and countless friends.

As per his wishes, funeral services will be private. 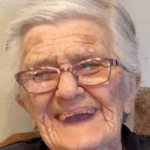 Born February 21, 1929 in Portland, Maine, she was the daughter of the late Philip and Margaret (Lowell) Wilson.

She loved to sing, paint, color and sew. She always kept busy and took great pride in making items like pillows for her family. Above all she was a loving wife, mother and grandmother.

She was a member of the Eastern Star and a hillbilly band where she shared her love for singing. She helped with bingo at the Masonic Temple in Tivoli. She spent countless hours volunteering her time to these organizations.

She was predeceased by her loving husband, Edward; her son, Jimmy Lester; her daughter, Linda Keator and several siblings.

KINDERHOOK—Donna Maureen Isbester, 79, of Kinderhook passed away Thursday, December 30, 2021 at her home.

Born April 25, 1942 in Nassau, she was the daughter of the late Henry and Julia (Kosegarten Conant) Lansley.

She graduated from Ichabod Crane High School in 1960. In addition to her studies, she was a cheerleader for the varsity basketball team. Following graduation Mrs. Isbester had a career as a secretary and office manager with AT&T and enjoyed her retirement by traveling in an RV from Alaska to Florida and California to Maine. Supporting her grandsons was always a priority—be it with her cooking or by attending as many track and field, soccer and other school events as possible.

She is survived by: her son, Paul K. Isbester, Jr., and his wife Marjorie of Castleton; three sisters, Emma Sluus of Valatie, Audrey Burrall of Florida and Beverly Borovich of Nebraska; two grandsons, George and Aleck Isbester; her sister-in-law, Jean Lansley; several nieces and nephews. She was predeceased by her husband, Paul K. Isbester, Sr., and two brothers, Austin and William Lansley.

Services will be at the convenience of the family.

Memorial contributions may be made to Community Hospice of Columbia Greene, 47 Liberty Street, Catskill 12414. Arrangements are under the direction of the Raymond E. Bond Funeral Home, Valatie.