VALATIE—Arthur “Chee Chee” P. Proper, loving husband, caring father and beloved grandfather passed December 31, 2021 at the age of 87 with his wife by his side.

The son of Marion (Mossman) and Joseph Pulver, he grew up in Valatie and graduated from Martin H. Glynn School.

He served in the United States Army and was stationed in Germany. He also worked as a butcher and meat manager at Albany Public Market for many years.

After graduating from Albany Business College, he began a career at the New York State Department of Taxation and Finance. He retired in 2001. After retirement, Mr. Proper enjoyed working in his garage or yard, and watching his favorite sports teams. However, he was happiest when he was visiting with his family. He was also very active in his community throughout his life. He coached several youth baseball and basketball teams, was involved with the Boy Scouts, and served as a member of the St. John’s Lutheran Church council and as chairman of the Kinderhook Zoning Board of Appeals.

His numerous stories and jokes, lighthearted nature, and bright smile will be greatly missed by those who knew him.

A private service with immediate family was held due to concerns over Covid-19. Donations may be sent to St. John’s Lutheran Church, Stuyvesant. Arrangements were under the direction of the Raymond E. Bond Funeral Home, Valatie. 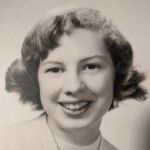 GHENT—Jeanette Duarte of Ghent passed at home Tuesday, January 4 after a brief illness.

She was a loving mother of 8 children, 12 grandchildren, and 5 great-grandchildren. She was the wife of dairy and beef farmer, Manuel Duarte, Sr., of Austerlitz.

As a homemaker, she enjoyed sewing, cooking, baking and gardening.

A calling hour will be held Saturday, January 8, 11 a.m. to noon followed by a funeral service at Wenk Funeral Home, Chatham and burial at Mellenville Union Cemetery. In lieu of flowers donations may be made to Taconic Hills Dollars for Scholars, P.O. Box 1119, Philmont 12565 (taconichills.dollarsforscholars.org.) For online condolences visit wenkfuernalhome.com 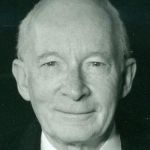 VALATIE—Brother Richard Eckhardt, CSC, passed away peacefully January 1, 2022 at his residence in Valatie.

He was born October 7, 1926 in Beaver Falls, PA, a town 30 miles north of Pittsburgh. He was baptized and confirmed in his parish church, St. Mary’s, went to grammar school there and moved on to Beaver Falls High School, graduating in 1943—during World War II.

Initially rejected for the draft due to poor eyesight, he found employment in a local defense plant. After the war he enrolled in college business courses, eventually earning a Bachelor of Science in business administration in 1949.

When the Korean war broke out he was again called up for the draft and this time was accepted, serving in the Finance Corps in the U.S., Germany and France. After his discharge he began to think of a religious vocation. Active in his parish and a member of the Holy Name Society, he joined the Brothers of Holy Cross, making his first profession of vows in 1957, and perpetual vows in 1960.

Completing a Masters in library science, he served for many years in Holy Cross High School libraries, except for his 13-year appointment as treasurer at Mackin Catholic High School in Washington D.C. He was a very regular, low-key, precise person with a warm smile, who loved his hobby of jigsaw puzzles. He said his life at St. Joseph Center gave him time to reflect and strengthen his commitment to live as a Brother in Holy Cross, and he was a faithful participant in Bible study and spiritual discussion groups.

His life will be celebrated by his religious community and family at St. Joseph Center, Saturday, January 15. “May he rest in peace!” Arrangements are with the Raymond E. Bond Funeral Home, 1015 Kinderhook Street (Route 9), Valatie. To send condolences visit raymondbondfh.com.

Born September 10, 1953 in Hudson, she was the daughter of Chester and Lois (Proper) Everetts, Sr.

Mrs. Sweet was predeceased by: her husband, Theodore Sweet; daughter, Heidi Lynn Shea and grandson, Andrew. At her request, there will be no services. Arrangements are with the Bates & Anderson – Redmond & Keeler Funeral Home, 110 Green Street, Hudson. Visit www.batesanderson.com to leave condolences.

She was a sales clerk at the F.W. Woolworth Co. and was also employed at Hudson City Savings until her retirement.

She is survived by: many dear friends including, Tim and Deet Keeler. She was predeceased by her companion, Elbert H. VanDeusen. Graveside services were held January 7, 2022 in Cedar Park Cemetery.

Her friends thank the staff at The Pines in Catskill for the care and compassion shown to Ms. Hardy. Contributions in her memory may be made to the Columbia-Greene Humane Society, 111 Humane Society Road, Hudson 12534.