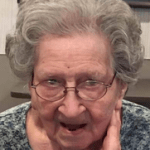 CATSKILL—Dorothy (Jensen) Warren, 94, of South Cairo passed away Tuesday, January 11, 2022 at Greene Meadows Nursing and Rehabilitation with family by her side.

She spent many years doing the laundry at Camp Pontiac in Copake. She also worked at Candy Lane in Hudson and Hillsdale Packing in Hillsdale.

The family will have a private graveside burial in the spring.

In lieu of flowers the family requests the donations be made to the Greene Meadows Nursing and Rehabilitation Center’s Activities Department in her name. 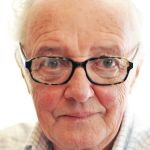 ALBANY—Patrick A. Connally, 82, died peacefully Monday, January 10, 2022 at St. Peter’s Hospital in Albany with his daughters by his side.

He graduated from Catholic High School in 1957 and Hudson Valley Community College in 1960 the year it changed its name from Hudson Valley Technical School. He also served in the National Guard from 1968 until 1970.

Upon graduation from HVCC, he worked for a brief time at the Ford Motor Company in Green Island before taking a position as a craftsman with AT&T Long Lines in White Plains. He later transferred to AT&T in Albany, where he retired in 1999.

He enjoyed his work and enjoyed the people he met there.

Mr. Connally was an entertaining storyteller with a sharp memory and an exceedingly kind sense of humor.

He was remarkable for seeing the best in just about every situation, including some of life’s most difficult ones. Diagnosed with lung cancer in 2014, he expressed only gratitude that it had been caught early enough to successfully treat.

He often called himself the “luckiest man in the world.”

He was most proud of his family, especially his wife, Lynn, with whom he had two children: Maureen T. Connally of Nassau, and Siobhan Connally (Jed Cleary) of Kinderhook. He adored his two grandchildren, Annabel Lynn Cleary and Silas Patrick Cleary, both of Kinderhook. He was a devoted husband, loving father and doting grandfather.

He appreciated classical music, poetry and visual arts, and he enjoyed sharing those loves with family. He also enjoyed traveling, whether for work or family events.

Survivors in addition to his daughters and grandchildren include: a sister, Denise Connally of Waitsfield, VT; a brother, Francis J. Connally (Helen) of Ridgefield, CT; a sister-in-law, Robin Connally; many cousins and beloved nieces and nephews.

In addition to his parents, Mr. Connally was predeceased by a beloved brother, Thomas E. Connally (Robin) of Troy.

Funeral arrangements are with Raymond E. Bond Funeral Home in Valatie. He will be interred next to his wife at St. Peter’s Cemetery in Troy.

The family thanks all of his healthcare providers over the years, especially Dr. William Notis as well as all of the caring nurses, doctors, and staff at St. Peter’s Hospital and Hospice Inn. The family extends gratitude to Lauren and Christopher, his visiting nurses from The Eddy.

Those wishing to make a contribution in his honor are encouraged to support The Regional Food Bank of Northeastern New York or a food pantry in their community.

Services and an obituary are incomplete and will be announced. Arrangements are with the Sacco Funeral Home, Greenport.