In August 2021 State Police began investigating the possible sexual assault of a victim taken to Columbia Memorial Hospital. Their investigation determined Mr. Folmsbee allegedly provided an alcoholic beverage to the victim, who is under the age of 21, and then performed a criminal sexual act while the victim was incapacitated.

Mr. Folmsbee was arraigned before Justice Malcolm Smalley in Stockport Court and released on his own recognizance to return to court at a later date.

State Police responded to a report of a stabbing January 4 at 8:23 a.m. on Bells Pond Road. An investigation determined the incident was a domestic dispute between two people with one having suffered a stab wound to a hand.

This investigation remains ongoing and will be updated as new information becomes available.

Hillsdale firefighters, the Community Rescue Squad and State Police were summoned to the scene.

He was subsequently listed in stable condition. The accident investigation remains open.

Firefighters were back in service at 11:10 p.m.

When the vehicle turned onto Fischer Road, troopers attempted to initiate a traffic stop, but the operator failed to comply.

The driver lost control of vehicle, went off the road and struck a utility pole at 601 Fischer Road.

The driver was subsequently identified as Peter A. Knapp, 52, of Kinderhook. The Valatie Rescue Squad took him to the Albany Medical Center for evaluation. An investigation determined Mr. Knapp was allegedly operating under the influence of an alcoholic beverage. He was arrested for driving while intoxicated, obstruction of governmental administration, third degree fleeing a police officer, all misdemeanors, and first degree aggravated unlicensed operation, a class E felony.

Kinderhook and Valatie firefighters were called to the scene along with National Grid to deal with the broken pole.

Firefighters were back in service at 9:50 p.m. 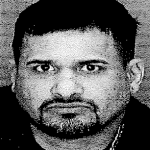 September 29, 2021, a jury found Mr. Mazelie, 41, of Hudson guilty of third degree criminal sexual act, a class E felony. The 12-person jury convicted Mr. Mazelie of engaging in sexual conduct with a person less than 17-years-old on December 7, 2019. The trial before Judge Nichols lasted nine days. The jury deliberated for about one hour before reaching its verdict.

Deputy Chief Assistant District Attorney Ryan Carty prosecuted the case. In the press release ADA Carty commended the victim for testifying under extremely stressful circumstances. The DA also thanked the Child Advocacy Center, whose counselors had been instrumental in obtaining the conviction, and, most importantly, assisting the victim from the day the crime was reported. As a result of his conviction, Mr. Mazelie will be required to register as a sex offender for at least 20 years.

“The victim is courageous for not only reporting this incident, but testifying during the trial. The strength of the victim assists in ensuring that this will not happen again to any other children.” ADA Carty said.

“I also commend our witness’s bravery in coming forward. Without their cooperation, there wouldn’t be a case,” Chief Moore said in the release.

Mr. Mazelie also faces a witness tampering charge in relation to the case after his arrest September 24, 2021. The case is pending in Columbia County Court.