Born April 3, 1933 in Hudson, she was the daughter of the late Gino and Mary (Morri) Campeta.

She was a financial analyst for IBM Kingston for 31 years, she was a member of the former Our Lady of Mt. Carmel Church in Hudson and St. Mary’s Church since 1992. She was a member of the Christian Services Committee and the CMH Ladies Auxiliary as well as the Greenport Senior Citizens. Ms. Campeta was a loving sister and aunt. She will be missed dearly by her sister, Jean Baney of Freehold; brother, Frank Campeta of Greenport; her sister-in-law, Frances Campeta of Valatie; several nieces and nephews. In addition to her parents, she was predeceased by brothers, John “Nino” Campeta, Anthony Campeta and a sister, Mary Mitchell.

She was a loving wife and mother. 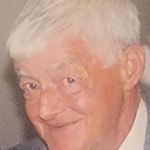 FLORIDA—James Alfred Reynolds, Sr., died in Florida, Sunday, January 30, 2022 from complications of Covid along with preexisting health conditions. He was 82 years old.

Son of Emma Marie and Raymond F. Reynolds, he was born March 15, 1939 at the family’s Hillsdale home with no doctor, the fifth of 11 children. As a young boy, he acquired the nickname “Pork” because growing up, he used to clean up what everyone left on their plates.

He graduated from Roe Jan High School in 1957, where he was a member of the Fire Crew, the Entertainment Committee, the Varsity Choir, Boy’s Athletic Committee, and Varsity Track. He earned many accolades as part of a track team that held a long-standing relay record for decades. He enlisted in the U.S. Army at Fort Dix, NJ, in 1958. He served for two years before taking a position at Ward’s Nursery in Great Barrington, MA.

He married his first wife, Julia M. Peck of Egremont, MA, June 16, 1962 and they had seven children: Doreen, Robin, Cheryl, Tom, Jim Jr, Jill and Alan. They divorced in June 1979. He married Janice Sohl Tuccio of Lee, MA, in 1982, helping to raise her four children: Chuck, Dale, Susan and Janice.

He worked as a landscaper for Ward’s Nursery for more than 40 years, and part-time for Craig Decker Landscaping. He also tended bar at Graham’s Restaurant on Railroad Street in Great Barrington in the 1970s. He performed various tasks at the Hillsdale House, where some affectionately referred to him as “Poppy,” and the Locker Room Sports Bar in Lee, where they referred to him as “Hacksaw” after the football linebacker.

He moved down to Bunnell, Florida, but made annual pilgrimages back to his hometown to visit friends and family. He was a personable character, a hard worker, a dog lover, an avid baseball fan, and friend to many. He loved the outdoors, sporting events, and horse racing. In recent years, he became an expert cryptogram solver. He liked to be busy, had a good sense of humor, and rarely said an unkind word about anyone.

He is predeceased by: his parents; brothers, Charles A., Harold A. and Robert W.; sisters, Ethel M. and Ruth E. Allen; his second wife, Janice and her children, Chuck and Susan.

He is survived by: his sisters, Joyce A. of Ghent, Sandra I. Of North Carolina, and Maria Gray of Oklahoma; brothers, George E. of Pittsfield, MA, and John W. of El Paso, TX; his former wife’s sons, Tom of Sheffield, MA, Jim and Alan, both Egremont; daughters, Doreen Reynolds-Consolati of Egremont, Robin of Florida, Cheryl of Waltham, MA, and Jill E. Kile of Virginia; stepdaughter, Janice Tuccio; stepson, Dale and his wife, Sue Tuccio and their son, Chucky; many grandchildren and great-grandchildren.

Per his wishes, no funeral or memorial service is immediately planned. The family will notify loved ones in the future when or if a service is scheduled.

Born December 6, 1935 in New York City, he was the son of the late Frederick N. and Margarete (Dӧll) Leicht. He attended Hudson High School and after graduation joined the U.S. Air Force. He worked for Niagara-Mohawk as a lineman until his retirement.

He was predeceased by his wife, Dolores M. Leicht. He is survived by his sister, Dorothy B. Jahns of Livingston; many nieces, nephews, great-nieces and nephews.

Per his request, there will be no calling hours or funeral services. In lieu of flowers, donations may be made to the Columbia-Greene Humane Society. Arrangements are with the Sacco Funeral Home, 700 Town Hall Drive, Greenport.

Born April 8, 1930, she was a lifelong resident of Hillsdale and a graduate of Roeliff Jansen Central School.

She was preceded in death by James Dawson, her husband of 68 years.

Among her accomplishments, she was Worthy Matron of the Hillsdale Chapter of the Order of the Eastern Star. Her dominant presence and delightful humor will be sorely missed by all who knew her.

A Service of Remembrance will be held in the spring at the North Hillsdale United Methodist Church. Interment will be in the North Hillsdale Cemetery. Arrangements are with the Peck and Peck Funeral Home, 8063 Route 22, Copake. Express condolences at www.peckandpeck.net.

EAST CHATHAM—Franklin D. Perdue, Jr., of East Chatham passed away unexpectedly Thursday, February 3 2022 in his home with his beloved dog Genesis by his side.

He was born February 16, 1956 to Marlene Shappy Perdue and Franklin Perdue, Sr., in Burlington, Vermont.

He served in the U.S. Army reserves for six years, then he worked for A Colarusso & Sons for 32 years before retiring.

Mr. Perdue was a dedicated father, son and brother. He would give the shirt off his back if he could and never ask for anything in return. He was an avid motorcycle rider and loved being out on the open road. He took pride in his hard work ethic and his bodybuilding. Another passion was his love for pit bulls which led him to his beloved companion, Genesis. He loved rolling around in the yard with her. He was blessed with seven grandchildren that adored and cherished him. He lived his life the way he wanted to and on his terms.

He was predeceased by his father, Franklin D. Perdue, Sr., and his brother, Michael W. Perdue.

Calling hours will be held Saturday, February 12 from 9:30 to 11:30 a.m. at the Wenk Funeral Home, 21 Payn Avenue, Chatham, with a funeral service to follow at 11:30. Burial follows at Ghent Union Cemetery.

In lieu of flowers the family requests donations in his name to NY Bully Crew, 1457 Montauk Highway, East Patchogue 11772.

“Rest easy Frank the Tank you are loved and will be missed.” For online condolences visit wenkfuneralhome.com 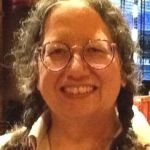 She is survived by her brother, Tom and her many friends.

Apart from her college years, she lived her entire life near Queechy Lake in Canaan, attending Canaan elementary school and Chatham Central High School. An interest in art led her to Pratt Institute in Brooklyn and while there, she experienced theater and learned from Muppets puppeteer Frank Oz, which stirred her continued interest in puppets and local theater.

Besides art, she devoted much of her time to science fiction, lake conservation and history, the environment, liberal politics and various charities—all of which added to her varied interests and the activities that she supported.

Her love for Queechy Lake drove her desire to keep it one of the cleanest lakes in NY State through her work with the Queechy Lake Club, attending regional lake conferences, doing water testing and reporting lake data for many years. She was also a life-member of the Canaan Historical Society, where she worked on numerous projects.

Ms. Janes loved her close friends from school and from work, and kept those friendships as everyone followed their own callings locally or to other states.

Health issues in recent years made it more difficult to do everything and see everyone she wanted, but her love for family and friends, her smile and attitude never lessened.

In lieu of flowers, consider making donations to the Queechy Lake Club and/or Canaan NY Neighbors Helping Neighbors, www.paypal.com/donate?hosted_button_id=K3D595PTZAZCG. Condolences may be conveyed at frenchblasl.com. 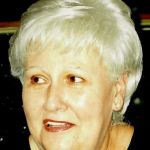 Born September 7, 1937 in Woonsocket, RI, she was the daughter of the late Cosmo T. and Grace (Ledoux) Mazzarella.

Mrs. Kennedy worked as a secretary for Grant Companies in Rhode Island and was employed by the Ichabod Crane School System for more than 25 years as a bus aide for special needs children. She enjoyed ceramics was a former member of the Knights of Columbus Auxiliary and a Cub Scout leader for many years.

A Mass of Christian Burial will be celebrated Saturday, February 12, 2022, noon at St. John the Baptist Church in Valatie. Visitation will be Saturday from 10 to 11:30 a.m. at the Raymond E. Bond Funeral Home, 1015 Kinderhook Street, Valatie prior to the Mass. Contributions may be made to St. Jude’s Children’s Research Hospital. The family thanks the nurses and aides at the Ghent Rehabilitation and Nursing Center for their wonderful care.

COPAKE LAKE—William J. Spampinato, passed away Monday, January 31 after a courageous battle with Alzheimer’s Disease and several other health complications.

He was the beloved husband of Maree (Penny) Barrett Spampinato and loving father of Gregory of Copake, Jonathan of Englewood, NJ, and Stacia Snow of Copake.

“Bill” was born in Cornwall, October 13, 1940 to William Spampinato and Agnes Rose Spampinato, and grew up in Highland Falls. After earning his undergraduate degree from Marist College while working full time at IBM, he went on to graduate from Albany Law School in 1972. He started his law career at Rosenberg & Spampinato in Hudson and went on to practice law for many years as a partner at Coffin, Inman, Christiana & Spampinato and his own law firm. In 1976 he was appointed Columbia County attorney and served the county for 12 years. He was especially proud of the county’s support for building and expanding Pine Haven, a 40-bed nursing care facility for residents of Columbia County.

In 2011, he retired from his law practice and spent his retirement traveling with his wife Penny and enjoying time at their home on his beloved Copake Lake.

In addition to his loving wife and three children, he is survived by: five grandchildren, Jonah, Christian, Logan and Hannah Spampinato and Maxwell Snow and his sisters, Regina Doherty of West Seneca and Agnes Bogert of Lady Lake, FL. He was predeceased by his two brothers, John A. and Vincent.

Family and friends said goodbye to Mr. Spampinato Saturday, February 5 at Bates & Anderson – Redmond & Keeler Funeral Home, 110 Green Street in Hudson. In lieu of flowers, donations may be made to the Copake Lake Conservation Society or Alzheimer’s Patient and Family Support Fund at Albany Medical Center.