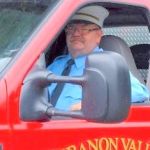 He was born August 21, 1966 in Pittsfield, MA, to Malcolm and Susan (Miller) Larabee. He was a graduate of St. Joseph’s High School in Pittsfield, and a lifelong employee in the family business, Larabee Fuel, Co. Inc. of New Lebanon.

He had a passion for helping others, which started in childhood, collecting funds for the Muscular Dystrophy Association. This developed into an annual carnival-style fundraising event, which was enjoyed by all. He presented his donation yearly on the Jerry Lewis Labor Day Telethon.

He joined the local volunteer fire department as a young teen, and was serving as chief of the Lebanon Valley Protective Association at the time of his death, a role which he cherished. He was a fire instructor at Montour Falls Fire Academy, served on the Columbia Greene Regional Haz-Mat Team, developed and taught a propane fire response training to other firemen, provided fire safety instruction to children at the local elementary school, and was a friend, recruiter and mentor to many throughout the years. He was always first on the scene, and was a comfort to so many in the midst of crisis.

Mr. Larabee served on the town board, as Emergency Services Management Coordinator, and volunteered his time, services and talents to several organizations in the community and beyond. He was past-master of the Masonic Lodge, following proudly in his grandfather’s footsteps. During the pandemic, he organized a graduation parade through town to celebrate the senior class of New Lebanon Central School for the community to safely share in their success.

He is survived by: his parents; his loving wife, Michelle; stepchildren, Aaron, Rebecca, Megan and Erin; his brother, Scott and wife April; his sister, Sena; his nephew, Markos; his niece, Stacey; his beloved dog, Diamond and his cats, Mags, Ziva, Abby and Trouble. He also leaves behind many extended relatives, friends, family, and fellow firefighters, all of whom surrounded him with love during his final days. He will be greatly missed.

Relatives, friends and fellow firefighters called at the Hall & Higgins Funeral Home, 457 NY 43, Stephentown, February 12. The LVPA conducted a Fire Department Memorial Service and a funeral service followed with the Reverend Trygve Tomlinson officiating. The LVPA final call ceremony followed at the end of the service.

In lieu of flowers, the family asks that donations be made to the Lebanon Valley Protective Association, P.O. Box 162, New Lebanon 12125 for the building of the new firehouse that was a dream of Chief Larabee’s. Sign the condolence book at ParkerBrosMemorial.com. 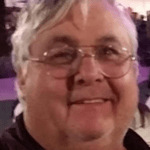 Born November 20, 1954 in Hudson, he was the son of the late Minnie (Mann) and Alfred “Bill” Narzynski. He attended Maple Hill School in Castleton.

For many years, he worked alongside his father, Bill, at the family salvage yard in the Town of Stuyvesant. He also worked for Dick Ellers Farm, Keegan Brothers and before his retirement, was a driver and equipment operator for Waste Management for 19 years.

His final move to Florida entitled him to further enjoy his love for fishing, auctions, treasure hunting and scoping out and admiring classic cars. He did not view others as strangers, they were always a friend he was getting to know better. He loved working in his garage while always helping his friends fix their vehicles or whatever may arise. He enjoyed stock car racing and was a former driver and owner of car #152 at Lebanon Valley Speedway, West Lebanon, where he also sponsored several drivers. He will be greatly missed by all who knew and loved him.

Besides his parents, he was also predeceased by a sister, Joyce Cummings and a brother, Alfred (Alfie) Narzynski.

In the spring, a Memorial Service will be held at the Raymond E. Bond Funeral Home, Valatie. Details will be announced at that time. Online condolences may be made at raymondbondfh.com

He was born March 25, 1966 in Hudson, He had recently moved back to Columbia County from Lowville, due to his illness.

Most recently Mr. Wadman was employed by Kelly Trucking, owned by his good friends, Pat and Paul Kelly. He previously worked as a driver for Gro–Max, as an operator for Haupt Tree Service and as a driver for Carmen Barbato, Inc. among other truck driving and landscaping positions.

He was a past member and officer of the Craryville Fire Department.

He enjoyed hunting, fishing, snowmobiling, four-wheeling and exploring the Tug Hill Plateau, where he formerly resided.

He was predeceased by his mother, Esther Wadman along with his father and grandparents.

Mr. Wadman requested no services after his passing. He asked for a small gathering of family and close friends prior to his death so all could reminisce one last time. He had his day January 9. His family thanks everyone who was there for him this past year.

Memorial contributions may be made to the Craryville Fire Company, P.O. Box 100, Craryville 12521 or to the Columbia–Greene Humane Society, 111 Humane Society Road, Hudson 12534. To send an online condolence visit www.peckandpeck.net. Arrangements are with the Peck and Peck Funeral Home, Copake.

He was born November 2, 1946 in Liverpool, England. In 1947 he and his mother, Lucy Crosby moved to the U.S. to join his father, Charles Crosby.

He grew up in Claverack and graduated from Hudson High in 1965. His passion was flying, and he spent time servicing and painting plains, as well as running a small airport outside of Athens, NY. Later in life he owned and ran an auto repair shop where he was able to pursue his other hobby collecting and restoring old cars.

Relatives and friends are invited to calling hours Friday, February 18 from 5 to 7 p.m. at the Wenk Funeral Home, Chatham. Interment will be in the Cedar Park Cemetery. For online condolences visit wenkfuneralhome.com 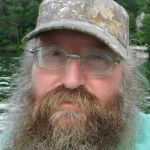 MALTA—David H. Johnson, 54, of Stony Creek passed away February 6, 2022 as the result of a tragic accident while helping a total stranger in her time of need.

Born July 21, 1967, he was originally from Columbia County. He was living in Stony Creek at the time of passing. Mr. Johnson was employed by Morlock News and F&W Forestry.

He was known for always helping someone. His passion for books led him to volunteer his time at the Stony Creek Library. Mr. Johnson loved hunting, fishing, forestry, kayaking and being outdoors. He was loved by: his mother, Roberta Johnson (Thomas/Hoffman); father, the late Clarence H. Johnson; son, “Abel Johnson;” multiple siblings; nieces and nephews; very close friends and a large extended family. Services will be put on hold till the spring for an outdoor celebration of life. Monetary donations may be made to: Stony Creek Free Library, P.O. Box 64, Stony Creek 12878. For online condolences visit wenkfuneralhome.com

Born January 23, 1959 in Hudson, she was the daughter of the late Charles and Marjorie (Ham) Tiano.

She was on office manager at Kaz Industries prior to her retirement. She was also an active member of Hudson Elks Lodge #787.

Graveside services at the Mount Pleasant Reformed Church Cemetery in Greenport are Thursday, February 17 at 11 a.m. In lieu of flowers, donations in Mrs. Otty’s name may be made to the Columbia-Greene Humane Society. Arrangements are with the Bates & Anderson – Redmond & Keeler Funeral Home, 110 Green Street, Hudson.

GHENT—Edna Mixa, 99, of Livingston passed away Thursday, February 10 in Ghent.

Born September 1, 1922 in Craryville, she was the daughter of Seymour and Pearl (Holsapple) Stupplebean.

She was a childcare provider at the Hudson Day Care Center. She lived her entire life in Columbia County where she was a member of the Trippers, and was a member and former deacon at Mt. Pleasant Reformed Church in Greenport.

Interment in Mt. Pleasant Reformed Church Cemetery will be held at a later date.

Born October 4, 1947 in Wilkes-Barre, PA, she was the daughter of John and Grace (Loeb) Lockman.

Mrs. Cox was primarily a homemaker, and also was employed at Livingston Adventist Home and Hettling Farmlands after her children were grown. Family, especially her children was her top priority, and came above everything. Her home was always open and she made everyone feel welcome and made sure they were never hungry.

A celebration of her life will be announced at a later date during warmer weather. In her memory, donations are encouraged to be made to the Diabetes Association or Parkinson’s Foundation. 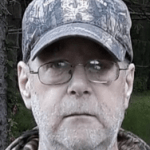 Born July 3, 1966 in Rhinebeck, he was the son of the late Richard and Anna (DuBois) Newkirk, Jr.

“Rich” worked for more than 30 years, until his retirement in 2021, as a trackman with Metro North Railroad based in NYC.

He was an avid outdoorsman, with a passion for hunting and fishing. He was also a longtime member of the Kalicoontie Rod & Gun Club in Livingston.

In addition to his parents, a brother, Mark Newkirk, predeceased him.

HUDSON—Susan D. Schultz, 75, of Hudson passed away Monday February 7, 2022 at Columbia Memorial Hospital. There are no calling hours or funeral services scheduled.

Arrangements are with the Sacco Funeral Home. 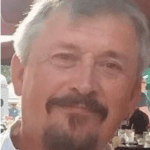 KINDERHOOK—Wayne R. Blair passed away February 4, 2022 at the age of 68, with his wife and son at his side.

He grew up in Nassau, where he lived with his parents and seven siblings. He moved to Columbia County in his early 20s and became a lifelong resident of Kinderhook. Known for his integrity and principles, doing the right thing was very important to him.

As a child, he developed a passion for music, which grew into a larger passion for all different forms of art including tai chi, karate and painting. Mr. Blair worked in the field of physical therapy. He was very successful in helping his patients achieve their rehabilitation goals. Further, he was well known for finding successful therapeutic objectives with the most difficult patients. After his retirement he could often be found at local nursing homes either playing music or teaching the residents tai chi.

The only thing he loved more than the arts was being with his family. Often his time with his family was spent traveling. This included traveling to Aruba, Japan, Greece, Scotland, England, Ireland, France, and many trips to Disneyworld. He recognized and appreciated what he called the gift of “a good life.” He was loved and will be missed dearly.

The family will hold a private ceremony to celebrate his amazing life. In lieu of flowers, and to highlight his generous nature, the family asks that donations be made in his name to the Shriners Children’s Hospital. Arrangements are with the Thomas P. Mooney Funeral Home, 11 Elm Street, Nassau.

NORTH CHATHAM—Mary Ellen Doherty-Catalfamo of North Chatham passed away February 10, 2022 at age 70 after a two-year battle with cancer.

She worked for the Department of Defense for 44 years.

She was skillful and gifted at crocheting. Her crafted keepsakes are cherished by family and friends. She is survived by her husband, Paul and sons, Nick and James. She will be missed by the Doherty family of Massachusetts.