Mr. Ulrich was a big fan of the Crandell Theatre, a long-time board member and former Crandell board president. He died in October after five years of living with brain cancer. Family, friends and community members are invited to celebrate his life at this free event.

For more on Mr. Ulrich, see his obituary at www.columbiapaper.com/2021/11/obituaries-ulrich-bates/

He loved movies and asked that part of the celebration of his life be a free community movie. He wanted the film to be one of his favorites, “A Fish Called Wanda,” so that people could have a “good laugh.” A free screening will follow the service at 1 p.m.

Though the event is free, reservations are still required and the Crandell asks for proof of vaccination and masks. Separate reservations can be made to attend the memorial at 11 a.m. and the film at 1 p.m. To reserve for the memorial, email Emilia Teasdale at . To reserve a seat for the screening, go to crandelltheatre.org. 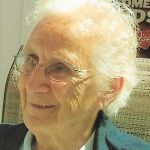 CHATHAM—It is with deepest sorrow that her family announces the February 18, 2022 passing of their mother and nanny, Loretta C. Vedsted.

She was born in Stockport, the daughter of Elsie and George Sitcer. She was predeceased by: her husband, Carl V. Vedsted, Sr., and by her sisters, Margarite MacCormick, Laura Wolfersteig and Gloria Jornov.

Mrs. Vedsted worked her early years for Reilly Mills in Valatie and then in Chatham. She later worked her remaining years as a patient care assistant in the healthcare industry and retired from Columbia Memorial Hospital.

A memorial service will be held Saturday, March 5, 11 a.m. from the Wenk Funeral Home, 21 Payn Avenue, Chatham. Inurnment will follow in the Chatham Rural Cemetery. Memorials may be made to the Columbia-Greene Humane Society, 111 Humane Society Road, Hudson 12534. For online condolences visit wenkfuneralhome.com 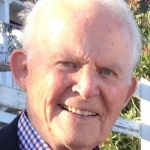 STOCKPORT—William Todd Parsons, 95, passed away peacefully February 21 at his home in Stockport with his wife and daughter at his side.

He was born in Boston to George Ayer and Elizabeth (Hoar) Parsons. He grew up in Concord, MA, and attended local schools, graduating from Middlesex School in 1944. After graduation he was enrolled in the U.S. Naval Officers Training Program until 1946 and served on the U.S.S. Prairie. At the end of the war, Mr. Parsons spent two years in Paris working in the Communications Section of the U.S. State Department (Marshall Plan). A graduate of Harvard University and Columbia Law School, he spent the majority of his career in business and finance in New York City before he retired and moved to Columbia County in 1997.

He loved sharing his home in its rural setting with family and friends and enjoyed exploring the area and its local history. He was happy to be able to devote more time and energy to local causes and to continue his support of organizations that mirrored his values. Concerned about the decline of civility in civic discourse and how that hampered collective efforts to care for the environment and each other, he cultivated both “small d” and “big D” democratic engagement and was a lifelong supporter of environmental causes. In his own words: “as we overrun our earth, we might observe ants and bees and how we will balance community values and individual liberties before our options disappear.”

The family extends their gratitude to his devoted caregivers, Dottie, Sissy and Loretta.

A celebration of his life will be held at a later date. Arrangements are under the direction of the Raymond E. Bond Funeral Home, Valatie. 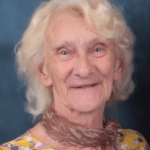 Born in Hudson, December 28, 1945 she was the daughter of the late Arthur and Laura (Coons) Johnson. She grew up in the farming communities of Ancram and Gallatin. She attended Roe Jan School and was a devoted mother to her seven children. She enjoyed going to social events, especially music in the park. Traveling and being with her family was above all else.

In accordance with Ms. Johnson’s wishes, there will be no funeral services. Arrangements have been entrusted to the Peck & Peck Funeral Homes of Pine Plains.

Born in Hudson May 23, 1953, she was the daughter of the late Robert and Christine (Mossman) Klein.

She was most recently employed with the Mac-Haydn Theatre in Chatham.

She will be greatly missed by: her son, James Johnson of Albany; brothers, Robert Klein (Elizabeth Daley) and Todd (Kristen) Crego; one sister, Amy (Ronald) Beatty; step-brothers, Gary and Randy Crego; granddaughter, Larencia; several nieces and nephews. In addition to her parents, she was predeceased by her daughter, Kelly Klein and step-brother, David Crego.

A memorial service will be announced in the spring. Arrangements are with the Sacco Funeral Home, Greenport.

GREENPORT—Ronald W. Teator passed away at his home in Greenport, Tuesday, February 22, 2022.

A lifelong resident of the Hudson area, he was a graduate of Hudson High School, with additional higher education coursework at Rider College in Trenton, NJ, prior to enlistment in the U.S. Air Force.

He was a veteran of the Korean War, with many years of membership at VFW Post 9593 in Stuyvesant Falls. Additionally, he was a member of Hudson Elks Lodge 787 for most of his adult life.

A devoted husband, father and friend, Mr. Teator had a long and notable career in industrial sales, starting at the V & O Press in Hudson and culminating with American Optical based in Sturbridge, MA. It was a role his affable personality lent itself well to, as it was the people he met along the way that made whatever endeavor he pursued more than worthwhile.

Funeral services will be private at Sacco Funeral Home with burial following at Mt. Pleasant Cemetery in Greenport.

Born in New Rochelle, she was the daughter of the late Louis and Anna Magyar.

She graduated from the Fashion Institute of Technology in NYC. She was self-employed with Cruise Kids, a designer and manufacturer of children’s clothing.

She is survived by: Kenneth Sabin of Hillsdale; daughter, Beverly Magyar Shultis and husband David Shultis of SC; son, Burton Magyar and wife Linda of PA, and beloved her grandchildren.

She was predeceased by her sister, Beverly Magyar and her brother, the late Louis Magyar, Jr., and Gerard Miller of Hudson.

To leave a special message for the family online visit NewComerAlbany.com