Born in Hudson, March 30, 1964, she was the daughter of William and Sheila (Shook) Proper.

Ms. Becker was the owner of Greenhouse Plants and Flowers in Albany.

Born February 24, 1966 in New Rochelle, she was the daughter of Patrick and Eleanor (Loretto) Stanfield.

Arrangements with the Sacco Funeral Home, Greenport are incomplete and will be announced.

He joined the Army after graduating from Roeliff Jansen High School in 1954.

His love for animals inspired him to start a career raising and racing Standardbred horses all over the East coast. He was an owner, breeder, trainer and driver until the age of 80.

He is survived by: his daughter, Stacey and her husband Brian Faulisi of West Glenville.

At his request there will be no services.

In lieu of flowers, memorial contributions may be made to Columbia-Greene Humane Society, Hudson. Arrangements are with the Peck and Peck Funeral Home, Copake. 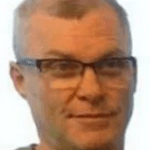 HUDSON—Peter J. Groll, 64, passed away with his family at his side, March 16, 2022 at the Firemen’s Home after battling cancer.

He was employed in the family business, Colwell Cartage of Hudson, until joining the Columbia County Sheriff’s Office where he worked as a deputy sheriff dispatcher/operator for 28 years, retiring in 2017. During his tenure with the Sheriff’s Office, he also served as union treasurer.

Mr. Groll was a lifelong member of Greenport Pumper Company #1, where he served honorably as president, secretary, treasurer, lieutenant and captain. He was also secretary to the Greenport Fire Commission.

He was predeceased by his father, Christopher Groll, Sr.