daughter of the late Herbert W. Hall and Elizabeth B. Hall of Lewiston, ME.

Besides her mother, she is survived by: two brothers, William Hall of Augusta, ME, and Bradley Hall of Chesterfield, VA; a nephew, Syncere Hall of Somerville, TN; many aunts, uncles and cousins.

She was predeceased by a brother, Robert Hall.

She was a very creative, loving and giving soul.

Calling hours will be held Friday, March 18 from 2 to 4 p.m. from the Wenk Funeral Home, Chatham. Inurnment will be in

CANAAN, CT—Beverly Ann Watkins Schopp, 87, of Claverack and Canaan, CT, passed away Tuesday, March 1, 2022 in the comfort of her home in Canaan, CT.

Born in Brooklyn, October 28, 1934, she was the daughter of the late Vincent Benjamin and Gertrude Charles Watkins. In 1937, she and her family moved from Brooklyn to Birmingham, MI, where she later graduated from The Kingswood School in 1952. She attended Middlebury College, VT, where she met her future husband Roald “Rollie” Schopp, also a 1956 graduate.

While raising five children, she was a Hudson High School substitute French teacher and worked part-time at Pattison, Koskey and Lawrence. She and her family were congregants of the First Presbyterian Church of Hudson, and she continued to be an active church member in many capacities for decades. Mrs. Schopp was dedicated to many civic organizations in Hudson including the Hudson Day Care and Hudson Junior Service League; she worked tirelessly to manage the Hudson train station snack bar venue to benefit the Hudson Day Care. She was an active PEO, an avid golfer, gardener and seamstress. She loved to read, play tennis and piano, and bake for her family—the cookie tin on top of her refrigerator was never empty. A long-time member of the Columbia Golf and Country Club, she held several board positions and competed and won the women’s club championship. She instilled environmental conservation values in her family.

Mrs. Schopp was predeceased by her husband of 62 years, “Rollie” Schopp in 2018; grandson, Arthur Joseph Schopp and great-grandson, Miles Bishop.

Visitation hours were held March 5, 2022 followed by a Memorial Service at the Bates and Anderson Funeral Home, Hudson.

In lieu of flowers donations may be made to Hudson Day Care Center or the First Presbyterian Church of Hudson.

GREENPORT—Saturday March 5, 2022 at the age of 97, Marcella Stupplebeen of Greenport was reunited in heaven with her previously departed loved ones, including her loving husband of 68 years, Donald Stupplebeen and her daughter, Cathy Lazarra.

She was born September 5, 1924 in Hudson to Duane and Frances Hotaling. She grew up in Kinderhook and graduated from Martin Van Buren High School in 1943.

She lived through many experiences in 97 years. No adventure was as great as the one she embarked on building a family with her husband, beginning with their marriage, August 22, 1948. Together they loved two children, four grandchildren and seven great-grandchildren. When not raising her family or working at W.T. Grants or Smith Tire Service, she loved to garden, travel, and to enjoy life with her best friend of 58 years, Blanche Hotaling.

CLAVERACK—Charles W. Brewer, 85, of Claverack passed away Tuesday March 8, 2022 in the comfort of his daughter’s home.

Born January 8, 1937 in Brooklyn, he was the son of Charles and Catherine (Pollock) Brewer.

“Charlie’s” family moved from Brooklyn to Rensselaer where he played basketball and baseball in high school. After high school, he earned a degree from Cobleskill College, and served honorably in the United States Army from 1961 to 1964. He had a distinguished career in the banking industry, serving as branch manager of the State Bank of Albany, and vice president of Fleet/Norstar Bank. He was a member of the Hudson Lion’s Club, a 47-year member of Hudson Elk’s Lodge #787, and served as Claverack town assessor for 25 years. Mr. Brewer was a dedicated New York Yankees fan, and loved boxer dogs and boating on the Hudson River.

He will be forever loved and remembered by: his daughters and their families, Tracey Jennings and husband Aaron, Kimberly Canez and husband Jules; his cherished grandchildren, Madison Drahushuk and Jack and Matthew Canez. He was predeceased by his wife, Beverly (Hedderman) Brewer.

Visitation at the Bates & Anderson-Redmond-Keeler Funeral Home will be held Friday, March 18 from noon to 2 p.m., followed by a prayer service at 2 p.m. Interment will be in Cedar Park Cemetery. In lieu of flowers, contributions in his memory are requested to the Columbia County Health Care Consortium, 325 Columbia Street, Hudson 12534. 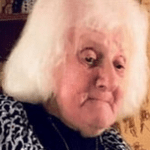 Born in Hudson February 20, 1927, she was one of seven children of the late Guido and Domenica (Ugilini) Lippera. She was predeceased by her husband of 47 years, John M. Barone, Sr., who passed away in 1994. He served honorably and heroically in the USN in World War II.

A child of the Depression, she attended Hudson City Schools, leaving during the war years to work at the Universal Match in Hudson. She later became a wife, full-time mother and homemaker. She returned to the workforce in 1969, with employment at Candy Lane, the Jamesway department store, and returned to Universal Match until her retirement from in 1988. Her many interests and talents included preparing and cooking delicious foods, creating impressive floral arrangements, and later becoming well-known for her very elaborate home Halloween and Christmas decorations.

A woman of strong faith, Mrs. Barone was a life-long parishioner and communicant of Our Lady of Mount Carmel Church in Hudson until its closing in 1990. She then became a devoted parishioner and communicant to the Sacred Heart/Our Lady of Mount Carmel Shrine in Greenport. She had an exceptionally strong devotion to the Holy Mother and Saint Anthony, constantly praying the Rosary and the St. Anthony Chaplet.

She is survived by: her sons, John M. (Dawn) Barone, Jr. and Thomas A. Barone, both of Hudson. She was the proud and devoted grandmother of Michael (Dayana) Barone of Hudson, Joseph (Ali) Barone of Valatie, Major Patrick Barone, USA, of Fayetteville, NC, and Stephanie Barone (Cole Alaxanian) of Latham. She was the blessed great-grandmother to 11. She is also survived by many nieces, nephews, great-nieces, and great-nephews.

She was predeceased by: her brother, Nichola Lippera and sisters, Ada Grand, Giacomina Barone, Dora Graziano, Mary Davi and twin sister, Frances Stone. She had a special loving and caring relationship with her niece, Monica Lippera.

Calling hours will be held Thursday, March 17, 2022 from 1 to 3 and 6 to 8 p.m. at Bates & Anderson – Redmond & Keeler Funeral Home, 110 Green Street, Hudson. A traditional Latin Mass of Christian Burial will be celebrated Friday, March 18, 2022, 10 a.m. at Sacred Heart/Our Lady of Mt. Carmel Shrine, Route 9, Greenport. Interment will follow at Cedar Park cemetery in Hudson. In lieu of flowers, she requested donations be made to the Sacred Heart/Our Lady of Mount Carmel Shrine. 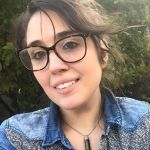 She will be remembered as the beloved mother of her son, Eric Thomas Ennis.

She is survived by: her mother, Alice Leach Upright; her father, Kevin Brough; stepmother, Ellen Knott; her grandparents, Wally and Lenore Brough.

She will also be remembered by her sisters, Jessica Darmetko, Emily Upright and Jenna Upright.

In addition, she leaves behind aunts, uncles, and cousins.

She will be missed by all who knew and loved her, as she touched the lives of many.

Calling hours will be held Saturday, March 19, 2022 from 10 a.m. to noon at the Wenk Funeral Home in Chatham. For online condolences visit wenkfuneralhome.com 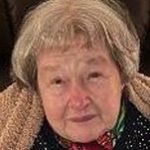 SPENCERTOWN—Arlene Janet Dauer passed away peacefully at her home, March 6, 2022.

Born January 10, 1933 in Canaan, CT, she was the daughter of the late Gilbert and Elvera Castagna Fallon.

She moved to Columbia County in the 1950s with her husband, Clifford and here they started their family. She worked as a waitress at Aubergine in Hillsdale for many years until retiring in the mid 1990s.

Mrs. Dauer was a wonderful cook and loved to prepare gourmet meals for her friends and family. She enjoyed traveling and took great pride in maintaining her lawn and her beautiful home in Spencertown.

She was predeceased by: her sisters, Christine Fallon, Sandra Fallon, Thelma Fallon, her brother and his wife, Ronald (Song) Fallon.

The family will receive friends at the French, Gifford, Preiter & Blasl Funeral Home in Chatham, March 26 from 2 to 4 p.m.

In lieu of flowers contributions in Mrs. Dauer’s name may be made to Austerlitz Historical Society. Condolences may be conveyed at frenchblasl.com. 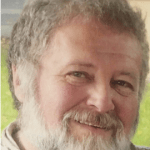 Born July 11, 1949 in Iola, KS, he was the son of the late James and Helen (Callaghan) Williams. He married Susan Every January 3, 1979 in Topeka, KS and she survives at home in Clermont. He went to Missouri Southern in Joplin, MO, and earned a Bachelor of Science degree in marketing and management.

He worked at the Efco Bakery Supply Company in Poughkeepsie for many years. Afterwards he was the owner and operator of Seven Son’s Painting—where he apprenticed five of his sons. For the past several years, he worked for Hannaford’s in Red Hook at the deli counter.

He was an avid New York Yankee and Kansas City Chiefs fan, and volunteered his time with Kairos Prison Ministry. “Mike” loved spending time in prayer and studying God’s word, the Bible, and fellowshipping at Rock Solid Church in Hudson with his family.

Funeral service and interment in St. Remy Cemetery will be private.