She is survived by: her husband of 42 years, William Osuch; her sons, Charles Dunlap (Sandra) of Cape Cod, MA, and Nathaniel Osuch; and her beloved grandson, Bryan Garrett Dunlap.

She was the beloved daughter of Janet Sigler Dobrowski and Lowell Sigler, both deceased, and sister of Timothy, Steven and Mark Sigler.

“Debbie” retired from the Hudson City School District after 26 years as a teaching assistant in special education.

As a CSEA Union activist, she served as secretary and treasurer of the Local 811 Hudson City School District Teachers Aides Unit and as secretary of the local unit.

She dedicated 10 years of active service as a Webelos and assistant Boy Scout leader and as a committee member. A proud member of the Hudson Valley Chapter 10 Blue Star Mothers of America, serving in the offices of secretary and treasurer for 5 years, supporting troops overseas with care packages and supporting veterans at home. A supportive aunt who participated in Kidney Walks and Buddy Walks, she had a lifelong love of music, dance, old movies and the ocean. A celebration of her life will be announced and shared at a later time.

Born March 18, 1938 in Jamaica, Queens, he was the son of Neil and Esther (Grady) McHugh. Providing for and offering unconditional support to his family was his number one priority. He was a loving and devoted husband, father, grandfather and brother. He served honorably in the United States Marines. He retired in 1986 as a sergeant with the New York State Police stationed in Claverack. Following his trooper career, Mr. McHugh was a United States postal carrier, and also served as sergeant-at-arms for the New York State Senate. He will be forever remembered by: his wife, Diane (Park) McHugh; daughter, Melissa McHugh; son, Eric Samperisi; grandchildren, Camryn Clark, Taylor, Amber and Eric Samperisi, Jr.; along with four great-grandchildren; several nieces and nephews. He is also survived by his siblings, Neil (Susan), Sr. Anne, Essie (Harold), Kay, MaryJane (Tom), Jerry (Fay), Donny, and sister-in-law, Maureen. In addition to his parents, he was predeceased by his brothers, Joe and Jimmy, and his brother-in-law. Larry. Visitation followed by a prayer service was held Saturday, March 12 at the Bates & Anderson-Redmond & Keeler Funeral Home, Hudson.

Born March 23, 1941 in Husum, Germany, he was the son of the late Nicolaus J. and Gertrud (Geertz) Nielsen. Mr. Nielsen worked for the New York State Hospital System until his retirement. He is survived by his wife, Norma Nielsen of Craryville. According to his wishes, there are no services scheduled. Arrangements were with the Sacco Funeral Home, Greenport.

Born April 18, 1947 in Hollywood, CA, he was the son of the late William Henry Langston, II, and Christine (Davis) Langston.

He served in the U.S. Navy during the Vietnam War. He was a bus driver for many years with the Greyhound Bus Line until his retirement.

He will be greatly missed by: his daughter, Pamela Risley of Cairo; grandchildren, Christine, Danielle, Sarah and Anastacia. He was predeceased by his two beloved wives, Celeste J. (Frost) Langston and Nellie (Short) Langston; son, William Henry Langston, IV, and sister, Myrna Hamilton. Services and cremation were private at the convenience of the family. Arrangements were with the Sacco Funeral Home, Greenport. 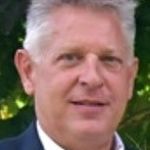 CHATHAM—Shane K. Gildersleeve, 58, of Chatham passed away Thursday, March 3, 2022 at his residence.

Born January 13, 1964 in Hudson, he was the son of the late Leon and Trudy (Riley) Gildersleeve. He was a U.S. Air Force veteran, who served in Germany, and a truck driver for many years.

A celebration of Mr. Gildersleeve’s life will be held at a later date. Memorial contributions may be made to Tunnels for Towers Foundation. Arrangements are under the direction of the Raymond E. Bond Funeral Home, Valatie. 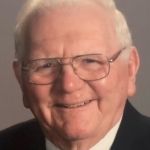 GHENT—Allen B. Halstead, 87, of Ghent passed away Thursday, March 10, 2022 at his home surrounded by his family.

Born December 18, 1934 in Chatham Center, he was the son of the late Albrecht Halstead and Beatrice Winter. He was a longshoreman with the Port of Rensselaer and head of maintenance at Taconic Hills High School. He was a former captain of J.W. Edmunds Hose Company in Hudson, former president of the Ockawmick Little League, a member of the Chatham/Ghent Senior Citizens, the Goldenagers in Hudson and a communicant of St. James Church in Chatham.

Mr. Halstead was an avid Nascar and New York Yankees fan and every Sunday he looked forward to cooking Sunday brunches for his family.

A Mass of Christian Burial will be celebrated Wednesday, March 16, 2022, 11 a.m. at St. James Church in Chatham. Visitation hours will be Tuesday, March 15, 2022 from 4 to 7 p.m. at the Raymond E. Bond Funeral Home, Valatie. Burial will follow in St. James Cemetery, Chatham. 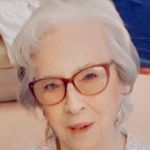 GERMANTOWN—Mary Jeannette Michienzi (nee Hayes), 98, of Germantown passed away peacefully February 1, 2022. Known as “Janet” or” Nette” by family and friends, she was born October 2, 1923 to Joseph and Mary Hayes in Jersey City, New Jersey.

She was predeceased by her husband, Peter, after 60 years of marriage. She is survived by: her son, Peter Michienzi (Genevieve); daughters, Joanne Fink (Steve), Pamela Finn (Bruce); her grandchildren, Casey, Jed, Jake, Jess, John and Jason; and 10 great-grandchildren.

Mr. and Mrs. Michienzi lived in New York where they ran a dairy farm for more than 20 years. Additionally, they ran several small businesses in New Jersey. Her passion was her family, as many years of her life were devoted solely to raising her children and grandchildren.

Her family thanks all who cared for Mrs. Michienzi at the Ghent Rehabilitation and Nursing Home. A private memorial service will be held in her honor. Her family will lovingly carry her memory in their hearts.