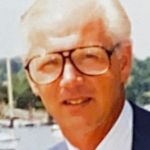 On March 14th, 2022, Lawrence Edward Smith of Bridger, Montana, peacefully surrounded by his family and amidst the loving tributes and visitations from friends, passed away at the age of 80 years.

Larry was born December 13, 1941 to Edna Martha Kreiger Smith and Edward David Smith in Flushing, New York. He was raised in Bayside Queens and moved to Copake Falls, NY in his youth. He attended Roeliff Jansen School, and then Franklin College (Franklin, Indiana) where he was President of Kappa Delta Rho. Larry graduated in 1963 with a Bachelor’s of Science Degree, and that Summer, joined the National Guard. Over six years in the National Guard, Larry was based at Camp Smith (NY), Fort Dix (NJ), Fort Knox (KY) and Camp Drum (NY). Among other responsibilities, his Army assignments included driving a jeep, although his careful driving style sometimes irritated senior officers.

Later Larry followed in his father’s footsteps, and started into a 30-year career in the toy industry under the guidance of Frank Gebbia. He married Carolyn Heiser in 1970, and soon thereafter, found a splendid piece of property in Upstate NY. When he told Carolyn about the rolling hills, running stream, and Catskill Mountain views she asked, “and how is the house?” He explained that there were some beautiful old dairy barns ideally situated on the property. And with that, he launched-into a complete renovation of the historic round roof dairy barn, which friends and neighbors viewed as a monumental project. They were even more amazed as he completed the renovation almost single-handedly, creating a homeplace unlike any other.

Together with Carolyn, he supported the Herald Tribune Fresh Air Summer Camps which offered country life experiences to inner city kids, opening their home year after year to kids who would otherwise have rarely seen life outside of the city. Larry enjoyed sharing his knowledge with others, as well as his love for the great outdoors.

Larry and Carolyn were soon joined by daughters Jennifer (born in 1977) and Allison (born in 1978). As the girls grew up, they added horses, pastures, and huge vegetable and flower gardens. A perfect day often included a trail ride through the woods, corn on the cob from the garden and a soak in the hot tub! Soon, he planted seedling evergreen trees in straight rows across the property, and built a thriving Christmas Tree business in the local community. A flat section of the old dairy yard was modified to become an official-sized tennis court, where Larry, while always polite and always tidy, was also always ready to beat you at tennis! However, the most cherished corner of the property was a pond that Larry designed and constructed. He built a dock, a float, and a screen room (lovingly called ‘the hut’) and spent countless hours enjoying the crystal-clear (cold) water with his family, friends, and dogs.

Family trips to Maine and Block Island gave way to vacations in Montana, where a ranch on the East Bench in Red Lodge caught Larry’s eye. Always aware of a special place and a good deal, he purchased the vast land with an old homestead and multiple old barns in 1988. He bought a separate property South of Bridger, Montana in 2005, and true to form, designed and built a custom home for him and Carolyn. From his chair in the living room, Larry always had an expansive view of the Beartooth Range along the Montana/Wyoming border, and he loved to sit and marvel at the changing sky and light on the rugged mountains. Meanwhile, he’d tell you about how he rescued the hundred-year-old paneling from a warehouse in New York, moved it all to Montana, and then restored and installed each panel to give his dream home special character and charm.

In Bridger, Larry served as the president of the Rock Creek / Clear Creek Ditch, about which he frequently groused, but which allowed him to keep track of things, and to demonstrate the same steadiness and disarming wit which guided his life and inspired his friends and family. He also served on the board of the Beartooth Humane Alliance, which facilitates adoptions of dogs and cats, sponsors spay and neuter programs, and teaches compassion towards companion

animals. His beloved Charlie, a collie mix who was himself saved from a shelter in Montana, will tell you that Larry walked on water and hung the moon.

Larry was predeceased by his mother and father, his brother Gregory Allen Smith, his sister-in-law Frances P. Smith, and his cousin Cindy Smith and her son Casey.

Donations can be made to the Beartooth Humane Alliance to honor Larry’s commitment to compassion for animals. 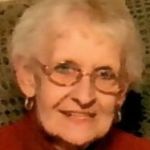 Born September 6, 1941 in Copake, she was the daughter of the late Floyd and Thelma (Miller) Edelman.

Frederica was the owner of Charter City Auto Sales in Greenport for many years. She was an avid gardener and loved her flowers. She especially enjoyed “hanging out” and spending time with her grandsons.

She is survived by: her husband, Berton Poucher; two daughters, Deanna Crabtree of Ormond Beach, FL, and Wendy Rybka of Valatie; a brother, Roger Edelman of Copake; four grandchildren, Darren, Jr. and Steven Rybka, Joshua McDermott, Jessica Heermance and one great-grandson. She was predeceased by her daughter Terri Gilligan.

At her request there will be no services. Contributions in her name may be made to Columbia County Humane Society, 111 Humane Society Road, Hudson 12534 or AnimalKind Inc., 721 Warren Street, Hudson 12534. Arrangements are under the direction of the Raymond E. Bond Funeral Home, Valatie.

He was the son of Howard and Anna Wester Chittick, longtime residents of Stanfordville. He graduated from Pine Plains High School, class of 1967 and then attended Dutchess Community College.

He joined his father’s business, Fairfax Biological Laboratory and partnered in the business until it was closed in 1994. He was proud of the business and its early commercial production of a biological (not chemical) control for Japanese Beetle larvae.

As proud as he was of his work, his true love was playing the guitar. With no illusions of music as a career, he always played and found the like-minded to play along.

When retired, he was able to pursue his other favorite pastime, a Triumph Spitfire English sportscar, purchased new in 1975. As he always said “it’s cheaper than a psychiatrist.” He rambled in October.

Mr. Chittick was a 32nd Degree Mason and belonged to the Valley of Albany Scottish Rite which is a branch of the Masons. He had also maintained his membership in what was the Hillsdale Masonic Lodge which has now merged and is the Unity 9 Masonic Lodge, meeting in their newly-renovated Lodge in Valatie.

There will be a memorial service for Mr. Chittick June 11, 2022 at 11 a.m. The service will be held at St. John in the Wilderness Episcopal Church, 261 Route 344, Copake Falls. He was much loved and will be greatly missed.

HUDSON—Diane Gold Koenig, a founding faculty member of Columbia-Greene Community College, passed away early Wednesday morning, March 23, 2022 with her son and daughter-in-law, Michael and Julie Koenig, by her side. She was 81.

Diane was a native Hudsonian through and through. She was born in Columbia Memorial Hospital, graduated from Hudson High School, and returned to Hudson after college at the University of Rochester and receiving her Masters in Education at Columbia University. In 1967, she began her 35-year career as an English professor when Columbia-Greene first opened its doors. First and foremost, she considered herself a teacher, not of English, as she would say, “but of students who happened to be taking English.” She received numerous awards for her teaching skills, including the prestigious SUNY Chancellor’s Award for Excellence in Teaching. In addition, she served for many years as chairperson of the Arts and Humanities Department, and led the opening of the college’s Arts and Science Building. An illness forced her to prematurely retire in 2002, after which she was granted Professor Emeritus status and continued to proudly lead the faculty procession at graduation until Covid hit.

Other than teaching, the love of her life was her family. Her husband Edmund, a beloved teacher and later vice principal at Hudson High School, sadly passed away in 1971. With determination, strength and toughness, she raised her then three-year old son, Michael, on her own. Her family life took on renewed meaning when Michael married Julie, and even more so with her three grandchildren, Emily (22), Sam (20) and Callie (16). Anyone who ran into Mrs. Koenig over the past 20+ years would know all about her grandchildren, including activities, grades, and pictures. She loved her grandchildren in ways words cannot describe, and the feeling was mutual. She was the daughter of the late Toby and Irving Gold, and was particularly close with her sister and brother-in-law, Carole-Beth and Lewis Goldberg, and her nephews, Eric and Jeffrey Goldberg.

She was active in many community organizations, including Congregation Anshe Emeth, where she served on the board for a period of time; Sisterhood, including on its board and as a past president; Hadassah; the American Cancer Society; and the Hudson Area Library Association. She loved baseball (including the old Brooklyn Dodgers, Reggie Jackson, and Shea Stadium) and tennis (including Jimmy Connors, Chris Evert, and the U.S. Open). Her favorite hobbies were reading, reading, and reading, and she loved watching NCIS and classic movies on television.

After her illness in 2002, she moved into the Massry Residence in Albany. She hated leaving “her Hudson,” but with the care and help of an outstanding administration and staff, she made the Massry her home for almost 20 years. A special thanks to those incredibly dedicated and compassionate people.

Mrs. Koenig lived her life by the words on the necklace she wore every day: “Live, Love, Laugh.” She also proved her favorite poet, William Faulkner, correct when he said in his Nobel Prize acceptance speech that “Mankind will not merely endure, it will prevail.” When faced with challenges at points in her life, she did not merely endure, but she prevailed.

Funeral services were held at Bates & Anderson-Redmond & Keeler Funeral Home, 110 Green Street, Hudson, March 25 followed by internment at Cedar Park Cemetery, 20 Columbia Turnpike, Hudson. The family will be observing the traditional Jewish Shiva period, with family and friends welcome, March 26 and 27 between 5:30 and 8:30 p.m. at the home of Michael and Julie Koenig, 4 Joshua Road, Saratoga Springs.

In lieu of flowers, memorial contributions may be made to the Daughters of Sarah Jewish Foundation at www.daughterofsarah.org/donate, or the Columbia-Greene Community College Foundation by visiting www.sunycgcc.edu