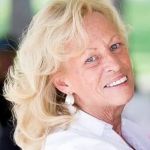 Born January 13, 1944 in Hudson, she was the daughter of the late Jack and Viola (Roberts) Van Tassell.

She was a retired social welfare examiner for the Columbia County Department of Social Services in Hudson. In her later years, she moved to Kannapolis, NC, with her family. She loved to have fun and enjoyed traveling, especially to St. Maarten. Her passion was spending time with her grandkids.

Funeral services will be held Friday, March 25, 2022, 11 a.m. at the Raymond E. Bond Funeral Home, Valatie. Visitation hours will be Thursday, March 24, 2022 from 5 to 7 p.m. at the funeral home. Burial will follow in St. John the Baptist Cemetery, Valatie. Memorial contributions may be made to the Alzheimer’s Association, 4 Pine West Plaza, Suite 405, Albany 12205.

HUDSON—Betty Manuela Soto of Hudson and formerly of Far Rockaway, died Saturday, March 19, 2022 at her home. She was 67. Born June 7, 1954 in Far Rockaway, she was the daughter of the late Victor and Ida Rivera.

She was a homemaker and loving mother, sister and grandmother. She is survived by: her sons, Juan Rivera, David Soto and Jeremy Soto; her brother, Iran Rivera and sisters, Santa Haanrants and Miriam Wallace. There are no calling hours. Services will be private with final disposition in Far Rockaway. Arrangements are with the Sacco Funeral Home, Greenport.

Mr. Thela was a steel fabricator for more than 50 years starting his career at Anthony Zito’s Scrapyard in Yonkers. He also worked at the Alexander Smith Carpet Factory while residing in Yonkers.

After their marriage, the couple moved to Craryville in 1951. Mr. Thela became employed by the Gifford Wood Company in their steel fabrication department until the plant closed in 1970. He then went to work for Greenport Steel in Hudson, then known as Professional Metals, for 16 years until his retirement. After his retirement he continued to work part-time at Ed Herrington, Inc. in Hillsdale for 14 years.

He is survived by: his three children, John E. Thela of Odessa, FL, Michele (Michael) Kimok of Latham and Eric J. Thela of Craryville; a grandson and four great-grandchildren.

Besides his wife, he was also predeceased by 11 siblings.

Private services will be held Saturday March 26, 2022 at the Peck and Peck Funeral Home in Copake. Interment will be in the Niver Cemetery, Craryville.

Memorial contributions may be offered to the Community Rescue Squad, P.O. Box 327, Copake 12516.

He is survived by: his wife, Lori Swartz; one son, Douglas; two daughters, Jessica and Ashley; two sisters, Helen and April. Mr. Swartz was employed by Hudson River Bulk as a truck driver. He was also a past captain with the C.H. Evans Hook and Ladder fire company in Hudson. He loved the open road and fixing anything mechanical.