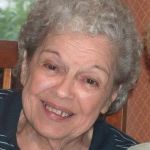 COPAKE—Margaret C. DeConti, 95, of Copake passed away peacefully in the early morning hours of April 5, 2022. She was born January 13, 1927 in Yonkers to James and Carmella (Carpienello) DeConti. She graduated from Commerce High School in Yonkers. On May 8, 1949 in St. Casimir Church, she married Carl V. DeConti.

She was the manager of Balint, Lamb, O’Neill Insurance in Yonkers until her retirement. In 1983, she and her husband became full-time residents of Copake, more specifically the Taconic Shores area. She served as president of the Taconic Shores Homeowners Association. She was active in the Young at Hearters; having served as both president and vice president. She was also a communicant of St. Bridget’s Church & Our Lady of Hope Parish.

She was predeceased by her husband, Carl in 2011 and also by her sister, Constance Nicolo.

She was born July 6, 1958 to the late Carl H. And Dorothy (Delanoy) Loch. She grew up in New Jersey and Pennsylvania, where she met and married the love of her life for the past 40 years, John Gherardi.

After they married they relocated to Chicago, before moving to Mt. Vernon, where she and her husband owned and operated Gherardi Greenhouses.

She loved chatting with all their customers. In 1996 they became full-time residents of Hillsdale, where she raised their four children. She was reluctant at first to live upstate, but as time passed, she grew to love the area, the animals (especially her cats) and the people. She made friends with everyone.

In addition to her parents, she was predeceased by her brother, William Loch.

A funeral service will be held Saturday, April 9, 2022, 4 p.m. from Peck & Peck Funeral Homes, 8063 Route 22, Copake. Time for sharing memories and offering condolences will begin at 1 p.m. until the start of the service. 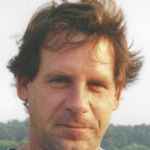 “Rich” was born Februaary 8, 1955 in Hudson to Richard and Elizabeth (Winig) Williams. He was a lifelong resident of Chatham. He graduated Chatham High School in 1973 and attended Hudson Valley Community College.

A strong athlete, he played baseball, football and basketball, Little League, Morris Memorial, and on to high school. He worked his entire life in the construction field, starting at a young age in the concrete form business with his father and brothers.

“Smokey” was a longtime fan of live music, particularly 1960s and 1970s rock, and the NY Yankees. He will be fondly remembered for his parties on Wood Hill, hanging with friends at Moccio’s, Glass bar and the Chatham House. His satirical wit and strong political musings made for lively conversations. He was a good friend, a good brother, he will be sorely missed.

A memorial service in his honor will be held Wednesday, April 13 from 5 to 7 p.m. at Wenk Funeral Home, Payn Avenue, Chatham.