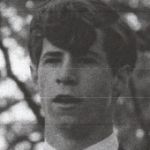 He was born in Hudson and went to Chatham Central School, graduating in 1972.

He was a member of Saint James Roman Catholic Church in Chatham. He was a state employee and worked in corrections for 25+ years, retiring in 2018.

He enjoyed cooking, golfing, as well as antiquing and camping.

A Mass of Christian Burial will be celebrated April 30 at 10:30 a.m. in Saint James Church in Chatham.

Contributions in his name may be made to the charity of one’s choice. Condolences may be conveyed at frenchblasl.com. 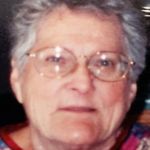 She lived in Canaan with her husband of 56 years, Richard P. Hatch. She was the treasurer of the Flat Brook Church, and superintendent of the Flat Brook Cemetery for many years. She was active in the VFW Post 8266 Auxiliary and served as treasurer. She enjoyed being social in the community. She will be dearly missed by family and friends.

She is the daughter of the late Lena Wilson and Edward H. Place, born September 2, 1926 in Richmond, MA.

She was predeceased by her husband, Richard; daughter, Sandra Khoury and son, Mark Hatch. She is survived by: sons, Kim Roy Hatch of Canaan, Terry Hatch and wife Ann Marie of Hoosick Falls, and daughters, Shirley Sylvia of Westport, MA, and Pennie Wood and husband Frank of Canaan. She had 11 grandchildren, 16 great-grandchildren and 2 great-great- grandchildren.

There will be no calling hours, with a private service with family at Flat Brook Cemetery. For online condolences visit wenkfuneralhome.com 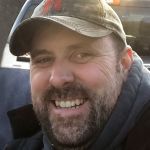 CHATHAM—Chatham resident Thomas H. Doyle, son of Joseph and Nancy Doyle, passed away at the age of 43, Tuesday, April 19, 2022.

He was a graduate of Chatham High School and became quite the sousaphone virtuoso during his tenure. He enjoyed participating in high school concerts and football games, Brass Choir, All County, local parades and the New York State School Music Association. He had an avid love of all outdoor activities included hunting, hiking, tractor pulls, snowmobiling and ATV riding.

His former employment included: Davis Contracting, ACP Power Equipment, and a lifetime “Laborer of Love” at the Doyle Farm homestead. Whether it was milking at the former dairy barn, raking and bailing hay, or disking a field that eagerly waits to be sown, he was no stranger to a hard day’s work.

Naturally, working a farm requires an individual to have a keen eye and a problem-solving mind to oversee and maintain one’s equipment. Being quick-witted and having a good sense of humor is just an added bonus. His laughter will always be remembered.

He excelled at such responsibilities and could troubleshoot and fix any turbo diesel, belt driven, gas guzzling, electrical wired instrument within his reach. If it wheezed, coughed, skipped or arced, he was “The One,” who could rectify and correct the beguiled machine into becoming his muse. Much like a painter dabbing a brush into his palette, or the symphony conductor swinging his baton to guide the orchestra, he was no different. With sleeves rolled up and half a smirk, all that was needed before reaching into his array of tools would be an infamous “one-liner,” that would simply state the matter at hand whilst leaving others scratching their heads. 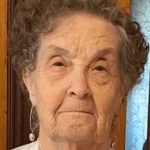 STOTTVILLE—Our beloved mother, Glenna “Joyce” Henderson went home to be with her Lord and Savior, April 16, 2022. She was welcomed in Heaven and will be missed here on earth.

She was born November 27, 1933 to Glen R. Hines and Georgia B. Youtsey in Cozad, Nebraska.

She met the love of her life, Frederick O. Henderson, and they were married July 3, 1950 in Manitou Springs, CO. She said they married on a holiday weekend so they would always have a long weekend to celebrate their anniversary. They had 70 wonderful years together when her husband went to be with the Lord. Together they had seven children and adopted one completing their family. She was a loving and devoted mother to her children Ann Gray, Eugene (Maria) Henderson, Arthur (Elaine) Henderson, Jacqueline (Danny) Kilgore, James (Anita) Henderson, Mark Henderson, Nanci (Stephen) Young, and Deborah Smith.

In addition to her husband, she was predeceased by her brother, Raymond Wesley Hines, and her sister, Virginia Hoskins. She is survived by: her sister, Margaret Snow and her brother-in-law, Philip Henderson.

Mrs. Henderson was witty and had a great sense of humor. Puzzles, playing games and a good cup of coffee were an enjoyable part of her life. But the greatest gifts of her life were her grand- and great-grandchildren. She loved to joke and laugh with them and tell stories of her childhood.

She and her late husband pastored churches in Maine, California and New York during their 50 years in the ministry. They left an imprint of God’s love everywhere they ministered. She was a strong woman of faith, a godly example, and her blessed hope and now her realization is spending eternity with her Savior, Jesus Christ.

A Celebration of Life Memorial will be held Saturday, April 30, 2022 at 1 p.m. at Calvary Assembly of God, 2813 Atlantic Avenue, Stottville. Condolences may be conveyed at frenchblasl.com.

His parents, Marion and Kenneth Parsons and his beloved daughter, Amanda Parsons predeceased him.

He is survived by: his daughter, Amber Parsons; sisters, Donna, Cheryl and Tammy; his cousins and several nephews. He was grateful to his Aunt Patti Link who cares for his beloved dog, Thumper.

He was a graduate of Roeliff Jansen High School and proudly enlisted and served in the U.S. Navy during the VietNam war. Prior to his illness, he worked for Herrington Inc, as a truck driver.

His family extends heartfelt appreciation to Fairview Commons Nursing home for their tender and compassionate care during his stay there.

Funeral services will be private. Arrangements are with the Peck and Peck Funeral Home.