She worked for years in the Albany CSEA headquarters as a posting clerk before retiring.

She enjoyed bingo, bowling, camping, vacationing and spending time with her family and friends. She also enjoyed watching game shows and showing off her skills with word puzzles.

She loved her family and friends more than anything.

She was predeceased by her parents; brothers, Kenneth, William, Sumner and Clyde; her sisters, Helen, Dorothy and Kim, and her first husband, Rodney.

She was greatly-loved and left a lasting impression on all who knew her.

Her services will be held at Sacco Funeral Home, Greenport, Saturday, April 30, 2022, 2 to 4 p.m. A memorial service will start at 3 p.m. at the funeral home with Pastor Ken Coddington officiating. A gathering for family and friends will follow the service. 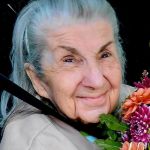 Born August 24, 1929 in Maspeth, she was the daughter of the late Michael and Mary Evelyn (Pawlik) Virostko. She was a food service manager for the New York City Public School System for many years. She was a communicant and very active member of the Church of St. Joseph in Stuyvesant Falls and was affectionately known as “The Cookie Lady.” She loved painting, sewing and socializing with her friends.

She is survived by: two sons, John and Mark Marmora, both of Queens; a daughter, Michele Morales of Long Island; a brother, Michael Virostko of Long Island; four grandchildren, Amy, Sarah and Matthew Cody, Paul Morales; several great-grandchildren, nieces and nephews. She was predeceased by her husband, Angelo Marmora; her daughter, Marianne Cody; a sister, Theresa Virostko and her granddaughter, Katie Anne Morales.

A Mass of Christian Burial will be celebrated Thursday, April 28, 2022, 12:30 p.m. at the Church of St. Joseph in Stuyvesant Falls. A coffee hour will follow. Burial will be in St. Charles Cemetery in Farmingdale. Visitation is Thursday from 10 a.m. to noon at the Raymond E. Bond Funeral Home, Valatie. In lieu of flowers, contributions may be made to the Church of St. Joseph. 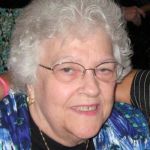 EASTON, MD—Barbara Grace DeLee passed away peacefully Tuesday, April 19, 2022 at her home. She was 89 years old.

She was born December 26, 1932 in Austerlitz, the daughter of the late Jesse and Carrie Rowe Westover. She graduated from Chatham High School in 1950 and nursing school in 1953, receiving her Bachelor of Science degree. She was employed as a registered nurse at White Plains Hospital and Burke Rehabilitation Center in White Plains. She married John Miller DeLee in 1954 and they made their home and raised their family in White Plains.

She went back to nursing in the 1970s and by the late 1980s she decided to open her own business, Ceramic Creations in Harrison, until moving to Easton, Maryland, in 2008.

She loved spending time with her family and visiting with friends outside by the pool. She loved the New York Yankees and enjoyed reading, genealogy and knitting.

In lieu of flowers, contributions may be made in her honor to Talbot Hospice, 586 Cynwood Drive, Easton, MD 21601. 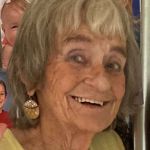 Born August 3, 1944, she was the daughter of the late Walter and Carrie (Cooke) Proniske.

Her passion in life were her kids and grandkids. From the pizza parties she hosted for her grandchildren to the special Christmas tree trimming that was a family tradition, it was evident by the unconditional and unending love for her children and grandchildren that they were first and foremost in her life. She also had the utmost appreciation for her sons-in-law, David and Todd and her daughter-in-law, Paula.

She is survived by: her loving children, Gina Shields (Todd) and Lisa Sirani (David) of Ghent, Paul B. Martino, Jr., of North Greenbush and Dean Martino (Paula) of Ballston Lake; 10 special grandchildren, Karlee and Logan Shields, Michael (Samantha), Jordan and Alyssa Sirani, Andrew and Aaron Martino, Gabriella, Jacob and Hunter Martino and her special friend, Judy Harrison. She was predeceased by her husband Paul B. Martino, Sr., and a brother, Vernon Proniske.

Visitation will be Saturday, April 30,2022 from 10 a.m. to noon at the Raymond E. Bond Funeral Home, Valatie. Funeral services will be held at noon. Burial will follow in St. Mary’s Cemetery, Stuyvesant Falls. In lieu of flowers, contributions may be made to St. Jude Children’s Research Hospital, 501 St. Jude Place, Memphis, TN 38105-9959 or Chatham Rescue Squad. 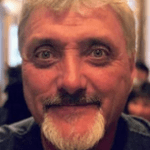 CLAVERACK—Roy Allen Brandt, Jr., 54, of Claverack passed away April 21, 2022 at home. Born March 2, 1968 in Hudson, he was the son of Roy and Faye (Wagner) Brandt. He graduated from Hudson High School and was employed at Cassings in Catskill as a truck driver.

Mr. Brandt is survived by: his son, Roy Allen Brandt, III; his granddaughter, Everest Brandt; his sisters, Jov, Terri and Melissa Brandt, along with Debbie and brother-in-law, William Hernandez; several nieces and nephews.

In addition to his parents, he was predeceased by his sister, Dorinda Brandt. Memorial visitation at the Bates & Anderson-Redmond & Keeler Funeral Home, Hudson will be Friday, April 29 from 1 to 2 p.m.

He was a U.S. Army veteran and a retired mail carrier for the USPS in Hudson for many years.

He is survived by: one brother, Thomas Rizzi (Lorraine) of Ghent; a nephew, Michael Rizzi (Alana) of Oriskinay; several cousins, aunts and uncles.

Per his wishes there will be no services. Arrangements are with the Raymond E. Bond Funeral Home, Valatie. Contributions may be made to Community Hospice of Columbia / Greene, 47 Liberty Street, Catskill 12414.