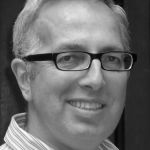 GHENT—Kevin Christopher Lippert, 63, passed away March 29 in the comfort of his Ghent home after complications from a second battle with brain cancer.

Born January 20, 1959 in Leeds, his family moved to Tennessee where he taught himself to play the piano. He began performing at the age of 6 and wrote his first composition at age 8. When his family moved to Ohio, he continued playing and studied with Dr. Foy Kohler. He performed concerts and enjoyed playing for the remainder of his life.

Though he was encouraged to become a concert pianist, he attended Princeton University with an interest in medicine then studied history and philosophy of science.

In 1981, while still attending Princeton, he saw a need for his peers and he to have access to a rare 1840 book, Paul Letarouilly’s Edifices de Rome Moderne. He made copies of it and they were in high demand. Princeton Architectural Press (PAPress) was born and its Reprint Series continues to make rare volumes on architecture accessible and affordable to a wider audience. He moved the company to New York City in 1985.

He sold the company to a German publishing group then later bought back his stake in PAPress. Looking for a new partner, Mr. Lippert sold PAPress to Chronicle Books and he was hired as its publisher and president. He moved PAPress to Hudson and remained with the company until 2019.

Mr. Lippert loved cooking, dining, biking and hiking. He couldn’t start his day without several cups of espresso. He enjoyed two weeks in Maine every summer for more than 30 years.

He built friendships wherever he went and valued and maintained them. What he loved most was his family. He spoke to his parents once a week or more and was a proud parent of three children.

He is survived by: his mother, Maureen Rudzik of Oakville, Ontario, Canada; his father and stepmother, Dr. Ernest and Judy Lippert of Toledo, Ohio; his sister, Kari; wife, Rachel and his children, Christopher, Cooper and Kate.

Mr. Lippert’s life will be celebrated at The Maker in Hudson Sunday, April 10 from 3 to 5 p.m. 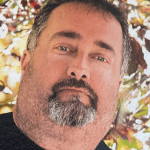 He was born in Locust Valley to MaryAnn Nielsen and John David Daly October 31, 1965. He went to high school at Locust Valley High School and graduated in 1983. He went on to earn a degree in criminal justice from Hudson Valley Community College before starting his career in loss prevention for Grand Union and eventually becoming a corrections officer for New York State. Mr. Daly later moved to the Albany area where he met his wife, Sandra Van Houten. They eventually settled in Valatie, where his children attended Ichabod Crane schools.

His love for his children was obvious to everyone who knew him but especially so for anyone who got to see him coach his children in soccer, football or basketball. He was fiercely competitive and supportive of his children, and helped them both become incredible athletes in their favored sports. His drive and motivation was passed onto both of them and it continues to benefit them as they continue their lives. His pride in his sons was unmatched.

His interests were many but collecting classic cars and coins was his passion. Once he set his sights on something, he saw it through to the end.

She lived her entire life in Hudson where was an assembler at Coarc. Her kind spirit and generous heart will be missed by all who loved her.

She is survived by: her brothers, James, Jr. and Bruce Moore. In addition to her parents, she was predeceased by her brothers, Steven and Alan Moore. She also leaves several nieces and nephews to remember her.

HUDSON—Sarah Ann DuFour Fabiano, 92, of Hudson passed away April 1, 2022. Born February 25, 1930 in Hudson, she was the daughter of Kathryn Carter DuFour and David L. DuFour, Jr. She was an honor graduate of Hudson High School class of 1947.

After graduating she worked for Farmer’s National Bank from 1947 to 1953. Later she worked for Hudson City School District for 10 years and finished her work career at the Columbia County Department of Social Services where she retired 1991.

She was very active in the community. She was a member for more than 60 years in Court Columbia #248, Catholic Daughters of the Americas. She was the financial secretary and treasurer of the Elks Ladies Auxiliary for more than 17 years and president from 1992 to 1993. She was also a member of the Columbia Memorial Hospital Auxiliary–Greenport Branch and was branch chairman from 2002 to 2005. She was a lifelong communicant of St. Mary’s Church, Hudson.

She married Francis Fabiano, October 1, 1949. They had three children, six grandchildren and five great grandchildren that filled her heart with joy.

Calling hours will be held Friday, April 8, 2022 from 4 to 7 p.m. at the Bates & Anderson- Redmond & Keeler Funeral Home, 110 Green Street, Hudson. Services will be held Saturday, April 9, 2022 starting at 10 a.m. at the funeral home and burial will follow at Cedar Park Cemetery, Hudson. In lieu of flowers, Mrs. Fabiano requested donations be made to the Columbia Memorial Hospital Health Foundation.

Born in Hudson September 28, 1925, she was the daughter of the late Mabel Ploss and Russel Dingman. She was a graduate of Hudson High School and went on to Austin Beauty School. She married John G. Wolfe in 1947 and they had four children, Vicki, Cindy, Richard and John.

She was a very independent and hardworking person. Anyone who ever went to a buffet at Meadowgreens, would have met her. She worked at both Kozel’s and Meadowgreens for more than 50 years. She loved to talk and she could start a conversation with anyone. Her home was always open to anyone who needed anything or just wanted to have a cup of coffee.

Mrs. Wolfe loved family. She was famous for her Thanksgiving dinners. She is survived by: her sons, Richard Wolfe, John G. Wolfe, Jr., and daughter, Cindy (Robert) Colarusso. She was the proud and devoted grandmother of nine grandchildren and many great children. She was predeceased by her parents, her husband and daughter, Vicki Lynn McDarby.

To honor her wishes, the service will be private. Arrangements are with the Bates & Anderson-Redmond & Keeler Funeral Home, Hudson.