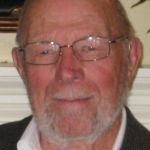 He was born October 12, 1928 in Hudson to Harold and Eugenia Burch Piester. He moved to Chatham in 1942 at the age of 14 when his father relocated to open a gas station.

He graduated from Chatham High School and served four years in the U.S. Navy from 1950 to 1954. Except for his time serving his country, he was a fixture on Hudson Avenue at the gas station for 52 years until its closing in 1994. He then worked seasonally for more than 15 years for the Chatham Central School system, mowing and maintaining the school grounds and athletic fields.

On June 8, 1958, he married Laura Jean Moore and they were happily married for 60 years. They raised sons, Tim and Todd, and Jon Nguyen, who came to America from Vietnam at the age of 10.

He was always quick with a smile and loved talking and joking with customers, teammates, co-workers, and family. He was a life-long Yankee fan and never missed an inning once VCRs were available, recording and watching every game.

Mr. Piester loved softball and pitched in the Chatham men’s fast-pitch league until he was in his early 50s. He was also an avid bowler, participating in leagues for many years.

He was preceded in death by his parents; his wife, Laura, and his sisters Janice “Jan” Weaver and Norma Sitzer. He is survived by Tim, Todd, and Jon; his sister, Jean “Sis” Lanphear; his brother, Ronald (Butch) Piester; six grandchildren, and five great-grandchildren.

A memorial service was held April 13, 2022 at the Wenk Funeral Home on Payn Avenue in Chatham. For online condolences visit wenkfuneralhome.com 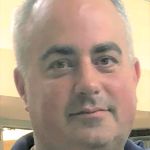 He was born in Hudson to Lesley and Mary Jane Haywood, April 5, 1974. He attended both Hudson High School and Ichabod Crane Central School, graduating from Ichabod Crane in 1992. After graduation he enlisted in the United States Air Force and received an honorable discharge after serving in support of Desert Shield/Storm.

Following his military service, he returned to the Stockport area and attended Columbia-Greene Community College, where he earned an associate in science degree. He applied to and passed the state corrections exam and was sworn in as a New York State Corrections Officer in 1999. He served as a corrections officer at various facilities and was last assigned to the Coxsackie Correctional Facility in Greene County.

Mr. Haywood truly enjoyed the simple things in life. He liked going for long walks, attending movie premieres and trying out new restaurants with his loving wife, Janet Haywood. He was a great storyteller and was known for his captivating speaking voice and infectious laughter. He was an avid sports enthusiast and often watched football and basketball games with his friends and family. His favorite sports event was watching his daughter, Ashley Haywood, play high school, travel league, and collegiate basketball at Wilkes University. During her high school and travel league games he would often be found in the front row cheering for her and her team and when his enthusiasm really got the better of him, he even pulled her and her teammates aside to offer advice and help for improving their game.

His other passion was his faith in God. He was a devout Catholic and attended Mass often. He was a member of numerous area churches over the years and most recently worshiped at the National Shrine of the Devine Mercy in Stockbridge, MA. It was his deep faith and relationship with God that drove him to accomplish so much and to ultimately battle so hard against his disease.

He also leaves behind beloved in-laws, nieces, nephews and other extended family.

Memorial donations may be made in his honor to the Amyloidosis Foundation, 7151 North Main Street, Suite 2, Clarkston, MI 48346 or by visiting www.amyloidosis.org. One of his biggest wishes was to bring more awareness to the disease of cardiac amyloidosis to try to find a cure. 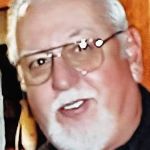 He graduated from Chatham High School, and proudly served in the United States Air Force during the Vietnam War era. “Ray” was employed by New York State Electric and Gas, and retired as a chief lineman after 34 years of dedicated service. An avid outdoorsman, he enjoyed hunting, fishing and camping in the Adirondack Mountains with his many friends and family.

He was preceded in death by his parents, Raymond R. Goodermote, Sr., and Egie (Voltz) Goodermote; his sisters, Jeanette (Robert) Supernaugh and Ruth (Charles) Every, and a nephew, Thomas Every.

A private service will be held by the family.

ALBANY—William L. “Bill” Blaauw, 88, of Mellenville passed away Wednesday, April 6, 2022 at St. Peter’s Hospital with his sons, Robert and John at his side.

Born September 2, 1933 in Staten Island, he was the son of Edwin and Ruth (Hale) Blaauw.

He graduated from Housatonic Valley Regional High School in Falls Village, CT, class of 1952 and from the Long Island Agricultural and Technical Institute (now Farmingdale State College) in 1954. He served in the United States Army from 1955 to 1957 as a specialist 3, radar operator and computer operator on the Nike Guided Missile Program stationed in Cape Cod, MA. He, along with his wife and parents, operated a dairy farm on the outskirts of Philmont until the farm’s sale to Twin Pond Farms, where he became farm manager. Mr. Blauuw later was elected superintendent of highways for the Town of Claverack, a position from which he retired.

He was a life-member of the Philmont Volunteer Fire Company, where he had been a member for more 59 years, and had served the company as both chief and president along with countless other offices and committee chairs. He was also a life-member of the former Philmont Rescue Squad. He was a past president of the Columbia County Volunteer Firefighters Association, an honorary member of the Mellenville Volunteer Fire Company, and past president of the Columbia County Highway Superintendents’ Association. He had served as a councilman and deputy supervisor for the Town of Claverack, and had also served as a trustee and deputy mayor for the Village of Philmont. Mr. Blauuw had served as president, and was a member of the Board of Trustees of the Mellenville Union Cemetery. He had also volunteered for Meals on Wheels, delivering meals to shut-ins throughout the community for many years. He was a member of Unity Lodge # 009 F&AM, the Claverack Senior Citizens and the Philmont United Methodist Church.

He is survived by: his sons, Robert (Mary Jane) of Sand Lake and John of Philmont; his grandchildren, Robert, Jr., (Carla), McKenzie, Erica (Matthew), Andrea and Calista, along with six great-grandchildren; several nieces and nephews, and his dear friend and companion, Pat Palen.

He was dedicated to his family, his church, his fellow firefighters, the Town of Claverack and the Village of Philmont.

His family thanks all of the staff on 4-Gabrilove at St. Peter’s Hospital who provided outstanding care to him, and support to his family during his last hospital stay. Services were conducted April 12, 2022 at the Bates & Anderson – Redmond & Keeler Funeral Home, 110 Green Street, Hudson with interment following in the Mellenville Union Cemetery.

In lieu of flowers, donations may be made to the Philmont United Methodist Church, 27 Church Street, Philmont 12565 or the Columbia-Greene Humane Society, 111 Humane Society Road, Hudson 12534.

He was born in St. Albans, Vermont, June 22, 1951 to the late Ruth Mumley and Arthur Doody. His family moved to Columbia County when he was a young boy. His father worked on farms. Mr. Doody learned his work ethic at an early age and it followed him throughout his life. He worked for Byron Parker Plumbing and Heating and become a master plumber.

He married Philis Finkle in 1974 at the Dutch Reformed Church in Philmont. They raised four children Philip, Candy, Katrina and Nick.

He loved to work on older cars. He was a member of the Columbia Cruisers. He would go to car rallies and shows and spend the day looking at the cars.

Mr. Doody is survived by: his wife, Philis Doody; children, Philip, Katrina, Candy and Nick; eight grandchildren and three great-grandchildren. He was predeceased by his parents, Ruth and Arthur Doody.

Born June 15, 1935 in Cortland, she was the daughter of the late Joseph and Gladys (Greene) Rosato.

She was employed by St. Charles Hotel and Restaurant as a head server for the Lions and Rotary clubs, as well as, the Elks Club for weddings. She was a member of the Greenport Ladies Auxiliary and the Claverack Senior Citizens.

She is survived by: her daughters, Cheryl Powell of Florida, Terry (Mark) Scott of Stuyvesant; son, Michael (Lynn) Mead of Germantown; one grandchild, Christopher Levins of Iowa; brother, Joseph (Marilyn) Rosato, Jr., of Florida and several nieces and nephews. She was predeceased by her husband, Wayland (Jiggs) Mead and brother, Richard (Dickie) Rosato.

A loving wife and devoted mother, her family was of the utmost importance of her life. She enjoyed boating and traveling with her husband in their motor home.

Per the family’s request, there will be no calling hours or funeral services. In lieu of flowers, donations may be made to the Columbia-Greene Humane Society. Arrangements are with the Bates & Anderson – Redmond & Keeler Funeral Home, Inc., 110 Green Street, Hudson.

He is survived by his wife, Cindy; his son, Nathan and his partner Megan; his son, Travis and his wife, Talia; three grandchildren and his sister, Cynthia.

He worked for the local phone company for 47 years. He was a skilled craftsman who enjoyed providing his talents to family and friends.

Per his wishes, services will be private. Donations may be made to Community Hospice at www.communityhospice.org. Condolences may be conveyed at frenchblasl.com