Born April 1, 1934 in New York City, he was the son of Alfred and Helen Spaeth. “Bill” served in the United States Navy during the Korean War, and his career was in construction.

He was an avid hunter and fisherman, and he enjoyed many trips including Africa, Western United States, and the Yukon.

He is survived by: his loving wife, Linda; daughter, Donna and family of Bedford Hills; a son, “Bill” of Carmel, and stepson, Russell McSherry of Roxbury. He was predeceased by his daughter, Karyn. Arrangements are with Bates and Anderson.

He was the son of the late Augustus W. Kastner and Mabel Plass.

He is survived by: his wife of 52 years, Judith (Decker) Kastner; one son, Albert “Skip” P. Kastner; daughter, Tiffany Kastner and a grandson, Colton James. He was predeceased by his daughter, Kathy Ann Decker.

Mr. Kastner was employed by the Metro North Railroad for 27 years. He retired in 2005 and was known by the nickname, “Boo Boo.” He was a life-member of 52 years with the City of Hudson Fire Department where he held position of first and second lieutenant of the C.H. Evans Hook & Ladder Company #3.

During his marriage, they owned a business delivering groceries for the local Hudson Supermarkets 1970 to 1971. In his younger years, he was an avid bowler and fisherman. His true love was the time spent in the woods every winter during hunting season with his son, “Skip.” The last few years, Tiffany was his sidekick as he taught her the “rules of the woods.”

His family thanks Dr. Christopher Jones and his nurse Tracy, along with nurse Grace Sweet and the entire Community Hospice staff.

CLAVERACK—Eleanor D. Slater, 89, of Claverack passed away Sunday, April 17, 2022. Born August 9, 1932 in Northeast, she was the daughter of Benjamin and Dorothy (Kilmer) Webster.

She was a homemaker who enjoyed gardening, reading, sewing and her family. She was a former member of the Clermont Fire Company Auxiliary. She married Harry C. Slater July 3, 1954, and they shared 52 years together until his passing in 2006.

Left to cherish her memory, are: her daughter and son-in-law, Brenda M. and Charles W. Schram and a grandson, Nathaniel, all of Claverack; sister-in-law and brother-in-law, Dolores and Paul Weaver of Elizaville; two brothers, Benjamin and Henry Webster, along with several nieces and nephews. In addition to her parents and husband Harry, she was predeceased by her sister, Gertrude Mullins.

Per her wishes, there will be no visitation hours. Donations in her memory may be made to the Columbia-Greene Humane Society, 111 Humane Society Road, Hudson 12534 or a charity of choice. 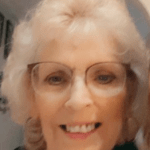 ELIZAVILLE—Kathryn M. Hermance, 63, of Elizaville passed away Thursday, April 14, 2022 at her home.

Born July 16, 1958 in Hudson, she was the daughter of the late Merle A. and Alice (Archambault) Platner.

She currently worked as a social worker examiner with Columbia County Department of Social Services in Hudson. Formerly and for many years, she worked as a dispatcher with ADM of Hudson. Always active, she was a member of Christ Church in Red Hook and worked for many years at their thrift shop.

In addition to her family, she enjoyed baking, ceramics and was a world-class shopper.

Memorial donations may be made in her memory to the a scholarship fund for her grandchildren c/o: Ashley Wade, 73 Garden Street, Hyde Park 12538.

Louis built his own house on farm property given to him by his parents and his wife Mary still lives in that home. Early on, he worked with his father on the family farm in Harlemville. He later worked several years at WarpKnit Mills in Mellenville and retired from Ockawamick Central School District. He was a proud member of the Columbia County Chapter of the Sons of the American Revolution.He was a member of the Austerlitz Historical Society and a 75 years member of the Mellenville Grange #1255.

Along the way in his long life, he made many friends and acquaintances who will miss him dearly. He was well-loved and respected by all those he met. He enjoyed telling and hearing a good joke, loved good home cooking, hunting and fishing and gardening. He particularly enjoyed several years wintering in Florida with Mary where he continued his love of old time country music by playing his fiddle with various friends. He played some of his favorites at home with family at gatherings and around a campfire. He always ended a music set playing Amazing Grace, one of his favorite songs.