HUDSON—Stephen C. Dellea, 54, of Hillsdale passed away May 9, 2022 at Columbia Memorial Hospital. He was born in Oklahoma City, July 4, 1967, the son of James Dellea and the late Suzanne (Gallo) Dellea.

He was a carpenter and enjoyed building things with his hands. He also spent many hours outdoors taking in the sights and sounds of nature. A one-of-a-kind person, who will surely be missed by all who were blessed to be a part of his life.

He is survived by: his father, James Dellea; his siblings, Lyn Pepeard, Bonnie Dellea, Judith Mackay, James Dellea, Jr., Jamie Roberts, Yvonne Dellea and Jennifer Rodriguez; many nieces and nephews, along with numerous cousins and friends.

In addition to his mother, he was also predeceased by a nephew, Jaxson Lane Daury.

In keeping with his wishes, services will be held privately for the family. Arrangements have been entrusted to Peck & Peck Funeral Home, Copake. 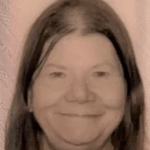 PHILMONT—Eileen Marie Jackson, 64, of Philmont, formerly of Watervliet, died Monday, May 9, 2022 at her residence. Born July 22, 1957 in Albany, she was the daughter of the late Joseph and Norma Jean (Totten) Shook. After high school, she served honorably in the U.S. Army from 1975 to 1978. She later graduated from Columbia Memorial Hospital School of Nursing. Ms. Jackson is survived by: her sister, Nancy Beberwyck; her brother, Michael Shook; niece and nephew Amanda and Kyle Beberwyck.

Funeral service arrangements with the Sacco Funeral Home in Greenport are incomplete. Burial will be in the Gerald BH Solomon Saratoga National Cemetery. 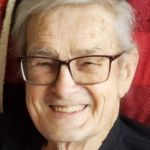 GHENT—Rodney J. Stickles, Sr., 75, of Ghent passed away May 12 surrounded by his children after a long battle with COPD along with other health issues.

He served in the Vietnam War, where he was awarded a National Defense Service Medal, Vietnam Campaign Medal with 60 Device, Overseas Bar and Vietnam Service Medal.

He was a retired New York State toll collector. Some of his favorite activities were cruising in his 1956 Olds, reading and NASCAR trips.

He was predeceased by his wife, Bertha; his stepson, Raymond (Wheeler); his sisters, Shirley and Patricia (Quinn); his brothers, Charles, Donald and Thomas.

Calling hours will be held Sunday, May 22 from 2 to 4 p.m. at the Raymond E. Bond Funeral Home, Valatie. A memorial service will be held at 3:30 p.m. Online condolences may be made at raymondbondfh.com. A complete obituary for Mr. Narzynski may be found at www.columbiapaper.com 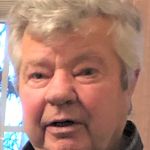 YORK, SC—Ronald J. Eigenbrodt of York, SC, passed away May 9, 2022 at home after a long courageous battle with cancer surrounded by his loving family. Born January 23, 1939, he was the son of the late Joseph and Mildred Mitchell Eigenbrodt of Chatham.

He was a graduate of Chatham High School class of ‘57. “Ron” was self-employed as a local gravedigger for more than 50 years, covering 37 cemeteries. He had a love of thoroughbred horses and his horse, JM Gregory, was inducted into the Saratoga Harness Horse Racing Hall of Fame in 2009.

He was predeceased by his brother, Richard Eigenbrodt, and his loyal dog of 15 years, Angel.

Friends may call at the French, Gifford, Preiter & Blasl Funeral Home, Chatham July 22 from 4 to 6 p.m. In lieu of flowers, contributions may be made in his name to the Red Rock Fire Company or American Cancer Society. Condolences may be conveyed at frenchblasl.com. Interment is private. ANCRAMDALE—Ronald “Ronny” Osofsky passed away Friday, May 13, 2022, overlooking the alfalfa fields from the home where he and his wife Kathleen raised their family.

Born January 27, 1941 with a love for the farm and a desire to spend all of his time with animals made dairy farming an easy choice for him. His parents, Helen and David Osofsky, raised him and his three younger siblings on the “Home Farm” on Schultz Hill Road in Pine Plans. The earliest stories about him include his parents having to fence-in the yard to keep him from running to the barn. More extreme measures were taken after he quickly burrowed underneath. He graduated from Pine Plains Central School in 1958 and went onto the University of Rhode Island, where he studied animal science and made lifelong friends who enjoyed their time visiting the farm and enjoyed his mother’s cooking. After graduating in 1962, he returned home to farm and to substitute teach at the local high school. A favorite family story was about the time that he fell in the farm manure pit and against his objections, the principal insisted it was still okay for him to come teach that day. The students in that room probably still remember the odor. His parents supported his dream to start his own farm in the area and he moved a few miles away to ultimately milk cows in the more modern facility on Route 82. He fell in love and married a local girl, Kathleen “Cathy” Freney in 1971. They welcomed three children, Jonathan, Carey and Daniel, as well as some beloved Golden Retrievers over the next decade. This is also when his interest in high end dairy cattle genetics peaked. Investor cattle became popular in the 1980s, which brought an influx of interest to dairy farms in the Hudson River Valley. It also allowed Mr. Osofsky to expand the scope of his business and passion for dairy farming, adding on farms, including a show herd at the old Eldridge farm on Route 199 and the purchase of the old DeLaval Research Farm on Prospect Hill Road, now the location of Ronnybrook Farm Dairy. Aside from his family, one of his proudest accomplishments was breeding the purebred Holstein bull, Ronnybrook Prelude, who for a time was one of most popular in the world and sired record-breaking cattle across the globe. Prelude went on to become a great influence on the Holstein breed through his progeny. While he loved the farm and the lifestyle it provided his family, he always thought there was a better way to dairy. As weekenders moved to the area and land prices were rising, he longed to ensure a sustainable business model for the farm. After becoming friends with their new neighbors from the city, the two couples, along with his youngest brother Sid and his former wife Joan spent a lot of evenings imagining and designing what ultimately became Ronnybrook Farm Dairy. In 1991, at 50 years old, he helped launch a whole new business and began on-farm processing and direct retailing to customers via farmers markets and retail stores throughout the tri-state area. It started small, with a focus on milk in glass bottles for the local area, but quickly grew into a major brand in the NYC market. He always listened to customers, which is how their label expanded to include a full-line of cultured products, like yogurt, flavored butter and ice cream. Ultimately, his brother Rick and his children, Kate and Peter, returned to the dairy, and the family and many longtime employees grew the business to new heights. There were obstacles, including a year in the hospital leading to a heart transplant; health challenges for his wife, Cathy; and a global pandemic, but the one constant was the help and support of his tight-knit family, lifelong friends and long-standing Ronnybrook employees that he considered family. A true testament to his character and likability are the friends and family that showed up to visit, bring treats, and help him for decades. A special “thank you” to caregiver and friend, Lisa Zayas. Mr. Osofsky was known for his quick wit, easy smile and curiosity. While he loved his role as husband, father, farmer, brother, uncle, boss, cousin and friend, his favorite role was “Papa” to granddaughters Grace and Tatum and grandsons, Jack and Ronan. He loved that his son Daniel became a key part of the Ronnybrook team and he enjoyed talking cows and farming with anyone who would listen, especially his grandchildren. Mr. Osofsky is survived by: wife, Cathy; children, Jonathan Osofsky, Carey (Brian) Alberg, Daniel (Jennifer) Osofsky; four grandchildren, Grace Alberg, Tatum, Jack and Ronan Osofsky; brothers, Rick (Jean) Osofsky, Sid (Cindy) Osofsky; sister, Freda (Osofsky) Sanderson; sisters-in-law, Ann (Curtis) Simmons, Natalie (Zipp) Guernsey, and Joan Osofsky; many beloved nieces, nephews and their growing families.

His accomplishments were great, but none greater than being able to enjoy them from the fertile soil of his childhood, with his wife, their children and their families, and his faithful adopted dog, Oliver by his side with his roots firmly in the Hudson Valley. “Perhaps the greatest gift he left us is the daily reminder of how much he adored each of us.” In lieu of flowers, consider a memorial contribution to the Ronald Osofsky Scholarship Fund, c/o Carey Alberg, 229 Fordham Road, Valatie 12184. Or honor him by telling a story, enjoying some ice cream, calling a friend or family member, or simply wave to a stranger like he did. Services were held on Globe Hill, Sunday, May 15, 2022. To share a favorite memory or to leave an online condolence visit www.peckandpeck.net 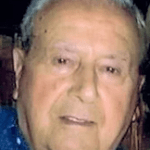 Born January 7, 1931 in Hudson, he was the son of the late Anthony and Philomena (Esposito) DeCaprio, Sr.

He grew up in Hudson and graduated from Hudson High School. Upon graduation, he enlisted in the United States Air Force where he honorably served during the Korean War from 1950 to 1954. Mr. DeCaprio was employed as a lab technician at the former Lone Star Cement Plant. He continued his career in the maintenance department for the Hudson City School District from which he retired. He was a communicant of the Church of St. Joseph in Stottville, and was a former member of the Knights of Columbus. He was best known for his kindness, friendly manner and showing neighborly care for others. He always had a story to tell, and his sense of humor was displayed to the very end. His favorite hobbies were photography and free hand drawing.

He is survived by: his beloved wife and best friend, Frances (Graziano) DeCaprio. Together they supported and cared for each another for 56 years. He is also survived by several nieces and nephews, and his goddaughter, Anna DeCaprio. He was predeceased by his sisters, Mary C. Pizza and Rose Leach, and his brother, James DeCaprio.

Visitation hours at the Bates & Anderson-Redmond & Keeler Funeral Home are Wednesday, May 18 from 5 to 7 p.m. Prayers at the funeral home will be on May 19 at 10:15 a.m., then on to the Church of St. Joseph in Stuyvesant Falls where a Mass of Christian Burial will be celebrated at 11 a.m. Interment will be in St. Mary’s Stuyvesant Falls Cemetery.