Born May 9, 1957 in Poughkeepsie, he was the son of the late Robert C. and Genevieve M. (McKean) Gay. He was employed by the New York State Department of Taxation and Finance in Albany. He was an avid horror movie lover and wrote many reviews of the movies. He also enjoyed true crime and detective stories and hiking. He was a member of the Kinderhook Elks Lodge #2530.

He is survived by: his brother, Brian R. Gay (Cindy) of Valatie; one niece and one nephew. He was predeceased by his brother, Malcolm M. Gay.

Funeral services will be held Saturday, May 7, 2022, noon at the First Presbyterian Church, Valatie. Visitation will be held Saturday, May 7 from 10 a.m. to noon prior to the service at the church. Burial in Kinderhook Cemetery will be private. In lieu of flowers, the family suggests a tree be planted in his memory or a donation be made to the First Presbyterian Church. Arrangements are with the Raymond E. Bond Funeral Home, 1015 Kinderhook Street (Route 9), Valatie. To send condolences visit raymondbondfh.com. 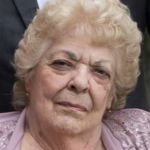 She was born August 29, 1941 in the Bronx, the daughter of the late Alfred and Frances (Brojer) Scholz.

On October 12, 1963, she married Richard Stang at the Copake United Methodist Church. He predeceased her in 1997. She was also predeceased by two sisters, Anna Marie Wilkinson and Virginia Sander.

Interment followed the service in the Copake Cemetery.

In lieu of flowers consider a donation to the Community Rescue Squad, P.O. Box 327, Copake 12516.

She was born June 1, 1960 in Sharon, CT, to the late Charles Broughan, Sr., and Carol Masten. She had a zest for life and will be missed by her family. She leaves behind: her children, Christopher Broughan and his wife Audra and their children Broderick and Tyler of Follansbee, West Virginia, Constance Jennings of Hudson and her children, Skylar, Logan, Madelyn. Ms. Castillo also leaves behind: her sisters, Lynn Miles, Janet (David) Dougherty, Deborah Degrosso, Donna (Joseph) Oszust, Michelle (Daniel) Houghtaling, Kelly (Joseph) Aleschus; brother, Shawn (Kimberly) Masten and many nieces and nephews. She was predeceased by granddaughter, Alyssa; sister, Cheryl Broughan and brothers, Richard and Edward Broughan. Services took place April 30 at the Peck and Peck Funeral Home, 8063 Route 22, Copake. 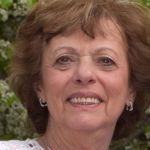 Born March 26, 1947 in Hudson, she was the daughter of the late Joseph and Anna (Laurella) Porreca. She married Douglas September 6, 1970. She loved to be surrounded by her family, especially her grandchildren, who called her “Nannie.”

She adored her grandchildren very much. She took great pleasure in entertaining at her home and at the Kinderhook Lake house. She will always be remembered for her Christmas cookies, well-kept gardens, and love for shopping. She enjoyed traveling with her husband, friends and family. She always attended Saturday night Mass at St. John’s Church.

A Mass of Christian Burial will be celebrated Monday, May 9, 2022, 11 a.m. at St. John the Baptist Church, Valatie. Burial will be in St. Mary’s Cemetery, Stuyvesant Falls. In lieu of flowers donations may be made to to the Cavell House, 69 Prospect Avenue, Hudson 12534.

Arrangements are with the Raymond E. Bond Funeral Home, Valatie.

She was a phenomenal lady. She touched so many people on her journey through life, from the 4H kids she mentored in Hillsdale; her students she taught in Hudson, and all the personal and professional friends, customers, co-workers and others who happened to become lifetime people in our lives.

Join family and friends for a celebration in her honor, May 7 from 1 to 4 p.m. at the Hillsdale Firehouse, 9387 State Route 22.

Ken Sabin is looking for funny or poignant stories about Ms. Magyar.

Born December 10, 1961 in Hudson, she was the daughter of Carmen Nero and Diana (Sanford) Nero.

She was a front end supervisor at Price Chopper for many years. She was a volunteer for MDA, a PTO member at John L. Edwards Elementary School HOPE, and was a coach for Junior Girls Softball League in which her daughters participated.

She was a loving, devoted grandmother to Brendan, Austin, and Brooklyn. In addition to her grandchildren, she is survived by: her husband, Eric Almstead; daughters and sons-in-law, Erica and Chris Howard and Michelle and Brian Laurange; brothers, David (Lisa) Tenace, Ben (Lisa) Wildman, and Richard Tenace; stepbrother, Carmen (Joan) Nero and several nieces and nephews. Funeral services will be private and at the convenience of the family.

He was born December 15, 1949, the son of the late Maria Nemann and Simon Kulyniak. He graduated from Hudson High School in 1967. He later served in the Navy on the U.S.S. John F. Kennedy, fighter squadron from September 16, 1969 and was released from active duty November 19, 1971. He then transferred to the Naval Reserves until January 8, 1974. “Nick” worked over the years as a pressman, meeting the love of his life while they worked together at the Universal Match Factory. He continued his career in printing working in Kingston until he retired. Being an avid sports fan, he enjoyed watching the New York Giants. He enjoyed sitting on his back porch overlooking the Hudson River and the Catskill Mountains. He had a soft spot for his cats, Jelly and Bobbie.

Mr. Kulyniak is survived by: the love of his life, his wife, Marcia (Schermerhorn) Kulyniak; brothers, Michael (Kathy) and Andrew (Pam) and his nephew, Jacob (Amanda). In addition to his parents, he was predeceased by his brother, Steven. A funeral service was held April 29 at the Bates and Anderson-Redmond Keeler Funeral Home 110 Green Street, Hudson. Fr. Janusz Jedrychowski of St. Nicholas Ukrainian Catholic Church officiated.

In lieu of flowers, donations may be made to the Albany VA Hospital, 113 Holland Avenue, Albany 12208.

ALBANY—Carmine Joseph Ciancetta, 99, of Claverack died peacefully Friday, April 29, 2022 at Albany Medical Center. Born August 17, 1922 in Hudson, he was the son of the late Justino and Olympia (Lombardi) Ciancetta.

He was the former owner/operator of Rowles Studios and was an avid musician. He played accordion for many years at events both public and private throughout Columbia and Greene counties, as well as at nursing homes to lift the spirits of all. He was a member of the Sacred Heart Our Lady of Mt. Carmel Shrine in Greenport.

He is survived by: his wife of 60 years, Carol A. (Palmer) Ciancetta of Claverack; one sister, Marie Quigley of Hudson; many nieces, nephews and friends.

He was predeceased by: brothers, Angelo and Joseph Ciancetta; sisters, Anna Feller and Vicky Jenowich.

Calling hours will be held Friday, May 6, 2022 from 9 to 10:15 a.m. at the Sacco Funeral Home, 700 Town Hall Drive, Greenport. A traditional funeral Mass will follow at Sacred Heart Our Lady of Mt. Carmel Roman Catholic Shrine, 442 Fairview Avenue, Greenport at 11 a.m. Burial will Navy honors follows in the family plot in Cedar Park Cemetery. 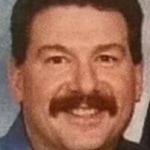 Born October 6, 1965 in Hudson, he was the son of the late Francis Dwyer and Barbara (Garafalo) Dwyer of Hudson. “Dan” loved hunting, history and music. He was an accomplished bass player and played in several bands over the years. He was a natural storyteller and spent lots of his time reading, especially the Bible. He was a handyman and an extremely hard worker.

Besides his mother, he is survived by: five children, Joshua Dwyer (Mackenzy) of Troupsburg, Abigail Dwyer (Kyle) of Canisteo, Hannah Dwyer, Zachary Dwyer and Nathan Dwyer, all of Hudson; two brothers, John Dwyer of Monterey, CA and Sean Dwyer of Valatie; several nieces and nephews.

Funeral services will be held Thursday, May 5, 2022, noon at the Raymond E. Bond Funeral Home, Valatie. Visitation will be Thursday, May 5 from 10 a.m. to noon prior to the service. Burial will follow in St. Mary’s Cemetery, Stuyvesant Falls.

He was predeceased by brothers, Robert and Dean; sisters, Caroline, Mary Judith and Susan and granddaughter, Linnea.

Growing up, he learned his work ethic and worked at many jobs. After moving to New York, he was a cook at the Rigor Hill Chief Taconic Diner. Later he worked at Blue Seal Feeds in Chatham as a mechanic, truck driver delivering feed and then in the mill. He worked for the Columbia County Sheriff’s Office, but was most proud to be a Chatham Police officer for 40 years. He knew that just arresting people was not what the job was about. He helped people in so many ways, and we are proud of him for that.

Calling hours will be Monday, May 9 from 12:30 to 3 p.m. at the Wenk Funeral Home, Chatham, Interment will be in the St. James Cemetery. In lieu of flowers, contributions may be made in his name, to one’s local food pantry and/or one’s local animal shelter or rescue center. For online condolences, visit wenfuneralhome.com

“Love you and you will be missed, Jackie.”