Born October 16, 1956 in Hudson, he was the son of the late Ralph and Sadie (Williams) Zelno. He worked for Yonder Farms for 32 years as a forklift operator.

He is survived by: his siblings, Ralph Zelno (Colleen) of Valatie, George, William (Geraldine), Leona Doris Zelno and Richard Williams and several nieces and nephews. He was predeceased by his brother, Carl.

Funeral services will be at the convenience of the family. Arrangements are under the direction of the Raymond E. Bond Funeral Home, Valatie.

LIVINGSTON—Elaine May Wheeler, 86, of Livingston died Tuesday, May 24, 2022 at Livingston Hills Nursing Home.

Born May 1, 1936, she was the daughter of the late Thomas and Theresa (Pregiato) Caputo.

She was a loving wife, mother and grandmother. She will be missed by her family including: daughter, Lydia (William) Matthews-Leete; sons, John (Karen) Matthews, Adam (Jody) Matthews; sister, Corrine Waszczak; grandchildren, Zachary, Schuyler, Kyle, Tarryn and Marcus, and her son-in-law, Robert Burgin.

She was predeceased by her daughter, Susan Burgin.

There are no calling hours. Burial will be private in Meadowlawn Memorial Gardens New Port Richie, FL. Convey condolences at www.saccofuneralhome.com

ANCRAMDALE—James Tribe, artist and owner of Temple Contracting, Inc., died peacefully at his home in Ancramdale, May 18, 2022.

“Jim” was the beloved life-partner of Ruane Miller and beloved brother to Shirley Peck and husband Jon; uncle to Timothy and Andrew Peck and families and stepfather to Rian and Adrea Bogle and families. He was much-loved and valued by all.

He was the son of Harlowe Oliver and Arlene Edwards Tribe and grew up in Endwell. He lived and worked in New York City and the Hudson Valley. As in all his endeavors he worked with dedication, expertise and a high degree of creativity in his painting and drawing throughout his life, never stopping even through illness.

In lieu of flowers, donations may be sent to Doctors without Borders or the ACLU or Conservation organization of one’s choice. Express condolences at www.peckandpeck.net. 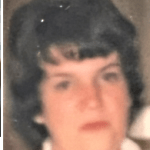 POUGHKEEPSIE—Linda C. Decker, 77, of Germantown passed away Sunday, May 22, 2022 at the Vassar Brothers Medical Center after a brief illness with cancer.

Born August 28, 1944 in Hudson, she was the daughter of the late Lyle Peter and Charlyne (nee Fingar) Fingar, Jr. She was the longtime companion of Edward D. Bates for more than 15 years. He passed away October 27, 2021.

Ms. Decker worked for many years as a medical administrator at St. Francis Hospital in Poughkeepsie. She had a drive to care for others. She was also an advocate for Germantown Alumni Association and was an integral part of planning her 50th Reunion.

Memorial donations may be made to the Friends of Historic Germantown, the Dutch Reformed Church of Germantown or the Germantown Garden Club.

A graveside service and burial of ashes will take place later in the summer at Germantown Reformed Cemetery in the Fingar family plot. Additional details will be announced. 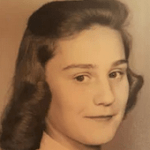 Born in Hudson, November 16, 1938, she was the daughter of the late Walter and Betty (Tkacy) Peters.

She was a homemaker and nurse’s aide with the former Eden Park Nursing Home in Hudson until her retirement. She was predeceased by her beloved husband, William H. Hallenbeck, Sr., in 2013; son, William Patrick and brother, Donald R. Peters.

A Memorial Mass of Christian Burial will be celebrated Thursday, June 2, 2022, 10 a.m. at Holy Trinity Parish/ St. Mary’s, 429 East Allen Street, Hudson. Following the Mass, burial will be in Cedar Park Cemetery. In lieu of flowers donations may be made to St. Jude Children’s Research Hospital at https://www.stjude.org/donate

A life-time resident of Hudson, he was predeceased by his adoptive mother, Madeline Vining; his wife of 60 years, Victoria (Iaccino) Vining, and son, James A. Vining, Jr.

He attended Hudson schools and served his country in World War II as a fighter, gunner and pilot for the U.S. Navy. After working as an insurance salesman for a short time, he was employed by Pitcher Accessories. He later purchased Central Auto Parts with partner, Robert F. Cole. In 1975 they purchased Pitcher Accessories renaming it Pitcher-Central Auto Parts Inc. In 1984 he and two sons opened Catskill Auto Parts Inc. in Catskill and later a branch store in Hudson. He spent his retired years traveling, camping, bowling and fishing.

The family thanks the staff at the Firemen’s Home for their excellent care.

The family requests that donations be made to the Firemen’s Home, Hudson in lieu of flowers.

There will be a memorial at the Bates and Anderson-Redmond and Keeler Funeral Home, 110 Green Street in Hudson, Monday, June 20 from 4 to 6 p.m. for anyone who wants to attend.

HUDSON—Donald A. Stickles, Sr., 83, of Hudson passed away peacefully at home surrounded by his loving wife of more than 30 years, Sandra, and close family and friends May 22, 2022 after a long battle with cancer.

“Don” was known for his love of bowling and was always ready to share his vast knowledge of same. As a young man, he set bowling pins in the George Clow Lanes and Elks Club in Hudson, Chatham Bowl, and at bowling centers around the country. In 2004, he retired from a 46-year career with Robert Hoe at Mardi Bob Bowling of Poughkeepsie, spending his days in the Hoe Bowl Lanes of Hudson and Catskill. Being proficient in his field, his employer sent him to AMF Mechanics School where he became “Top Mechanic” on AMF 82-30 and 82-70 machines. During his career, he was promoted to head of maintenance for the franchise overseeing six bowling centers.

During his lifetime, he also owned his own pro-shop and was an outstanding bowler. In the late 1960s he held the highest average in Columbia and Greene counties of 209. His dedication to the sport yielded perfect and nearly perfect games, and he bowled in Pro-Am matches with pro bowlers Dick Weber, Johnny Petraglia and Earl Anthony. He also bowled in the National Bowler’s Championship in Las Vegas, NV, for 24 years.

In retirement, he opened The Lane Doctor where he specialized in bowling lane resurfacing and earned the nickname “Dr. Don, Doctor of Laneology.”

All are welcome to a memorial service and celebration of life held at The Pavilion, 34 Brookmeade Drive, Rhinebeck, June 11, 2022 at 1 p.m.

In lieu of flowers, memorial contributions may be sent to The Brookmeade Community Foundation, 46 Brookmeade Drive, Rhinebeck 12572.