KINDERHOOK—Diana M. Wetmore, 89, of Kinderhook, formerly of Ridgewood, NJ, departed comfortably from her Earthly body May 4, 2022 into the welcoming arms of the Lord.

Much like her spiritual model Pope John Paul II, she accepted and greeted her own mortality with dignity and without fear. She was predeceased by her husband, Richard Wetmore, and her sister, Jean Snyder. She is survived by: her sister, Countessa Marilyn Gaetani Dell’Aquilla D’Aragona; by her son, James and his wife Connie Wang of Minneapolis, and by her son, Robert and his wife Rosamaria of Ballston Lake, and their daughters Olivia and Veronica.

Providentially born Easter 1933, her life was a triumph of internal strength of character and faith over childhood deprivation. From humble beginnings in Hornell, she excelled in all respects and attended Cornell University where she was ranked #1 in a pre-law class. She went on to attain a master’s degree in history from NYU in one year while working full-time in Manhattan. She spent time as a history teacher and then as a manager and officer of several companies in Manhattan.

A classical pianist, loving especially Bach and Chopin, she moved 12 times in Manhattan, each time requiring a roof-mounted crane to lower her grand piano. She got to know nearly every noted Russian and Polish pianist of her era, including Horowitz, Rubinstein and Gilels, as well as the conductors Toscanini, Reiner, Ormandy and Bernstein. But her most abiding musical love was opera, with Swedish tenor Jussi Bjoerling her favorite.

Of powerful and wide-ranging intellect, she continued to read on average two to three books per week throughout her entire life, including Dostoevsky, Tolstoy, Gogol, Checkov, Nabokov, Trollope, Emily Dickinson, Ibsen, Beckett, Martin Amis, and innumerable others. She read Edward Gibbon’s six-volume, 4,000-page, Decline and Fall of the Roman Empire three times and was conversant in its main narratives covering nearly two millennia of political and cultural history. Late in life she began to re-teach herself Latin.

Mrs. Wetmore was an energetic conversationalist, tremendous entertainer and fantastic cook, particularly of French and Italian foods, and was for a time the best bread baker in the neighborhood. Unknown to many, she was also extraordinarily physically fit, mowing an acre property with a hand mower into her late 70s, walking at least an hour a day into her early 80s, and every day completing a routine of Royal Canadian Air Force exercises, a program which predated and presaged the modern fitness craze.

Most of all, she was a generous and loving grandmother, mother, wife, sibling and neighbor. She would often promise to “kiss the curls out of her granddaughters’ hair.” As an extremely altruistic and selfless person, she also spent 15 years as a hospice volunteer, and donated substantial time, efforts, and financial support to Cradle Beach for special needs children, Smile Train, Unbound child sponsorship, Heifer International, and to third world housing initiatives. Her remarkable, generous, selfless and humble faith very much resembled her main spiritual guides, St. Luke the Evangelist, St. Teresa of Calcutta and Pope John Paul II.

She will be missed by all who knew her and even those who unknowingly benefited from her altruism; and yet the family wishes for this to be a time of acceptance and joy over a life lived to its fullest and over her entry into the deserved peace of Heaven.

A Mass of Christian Burial will be celebrated Thursday, May 12, 2022, 10:30 a.m. from the Church of the Immaculate Conception in Glenville. Burial will follow at St. John the Baptist Cemetery in Valatie. Arrangements are with the Raymond E. Bond Funeral Home, 1015 Kinderhook Street (Route 9), Valatie. To send condolences visit raymondbondfh.com.

She was a graduate of St. Mary’s Academy and Albany Business College. She worked as a secretary to the director of nursing at Columbia Memorial Hospital, also to the president of Columbia-Greene Community College, and at the NYS Department of Transportation in Hudson. She was a communicant at the Church of St. Joseph in Stottville.

Ms. Brown is survived by several nieces and nephews. In addition to her parents, she was predeceased by her siblings, Bruce, Thomas, Arthur and William Brown, and Mary (Brown) Bartolotta.

A visitation hour followed by funeral prayers will be held Thursday, May 12, 2022 from noon to 1 p.m. at the Bates & Anderson-Redmond & Keeler Funeral Home, Hudson. Interment will be in St. Mary’s Stuyvesant Falls Cemetery. A Memorial Mass at a later date will be announced.

He was a United States Navy veteran, honorably discharged having served during the Korean War. He retired from the U.S. Postal Service as manager of employee and labor relations in Albany. Mr. Versace was a Boy Scout Leader for many years in White Plains; was a life-member of Hudson Elks Lodge #787, serving as exalted ruler. He loved to play golf, accomplishing his first and only hole-in-one at 80 years old.

A Mass of Christian Burial was celebrated May 6 from Holy Trinity Church St. Mary’s Parish in Hudson. In lieu of flowers donations in memory of Mr. Versace may be made to the Columbia-Greene Humane Society. Arrangements were with the Bates & Anderson-Redmond & Keeler Funeral Home, Hudson.

He was born November 10, 1950 in Fillmore. He was the son of the late Thurston Andrus and Jean (Barringer) Andrus. He graduated from Bolivar Central School in 1968 and from SUNY Alfred in 1972.

Mr. Andrus was employed by the NYS Office of Parks, Recreation & Historic Preservation for 32 years at the Erie Canal Park in Kirkville and at Olana State Historic Site in Greenport.

He was an active community volunteer in the NYS Grange, as an EMT in local rescue squads, with Germantown Boy Scouts, the First Presbyterian Church of Hudson, and the Town of Clermont Planning board. He was an avid Buffalo Bills fan.

A memorial service was held at the First Presbyterian Church of Hudson May 7 followed by a repast. In lieu of flowers, donations may be made to Twin Rivers Boy Scout Council at https://trcscouting.org

Arrangements were with the Bates & Anderson-Redmond & Keeler Funeral Home, Hudson. 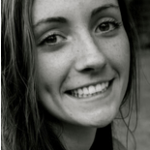 COPAKE LAKE—Dylan Hilary Gryner, 28, of Copake Lake passed away peacefully May 5, 2022. She was born February 7, 1994 in Sharon, CT, the daughter of Alexander and Patricia (Stevens) Gryner.

She was a 2012 graduate of Taconic Hills Central School, where she served on the student counsel and was on the girls soccer’s team, as “Lucky Number 7.” She had a sparkling personality, was outgoing, hardworking and a friend to many. Some of her greatest joy in life came from being an aunt. 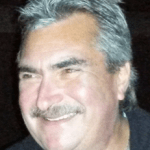 KINDERHOOK—Christopher Robert Kahn. Musician. Master Carpenter. Tradesman. Devoted son, father and grandfather. “Chris” was known for being a jack of all trades and the life of every and any party. His spontaneous spirit left us wanting for more on his favorite holiday, Cinco de Mayo, May 5, 2022. Just weeks ago he was going through old tee shirts and found he had held on to six branded Cinco de Mayo shirts—saving them for the next time he would celebrate.

He loved deeply and demonstrated his passions through music, celebration and especially fireworks. Every Fourth of July he played host at any variety of locations and kick started the evening festivities with an explosive series of fireworks over Kinderhook Lake. He was a brilliant character who opened every greeting with “How you doin’” and could do any job or fulfill any need that presented itself throughout his life. His friends have known him as a limo driver, carpenter, electrician and mechanic who could diagnose a problem just by the sound of the car. He brought to life to his self-proclaimed “Kahncepts” through refinishing homes, bathrooms and decks for friends and family.

Toss one out for the life of the party, share stories and celebrate together Tuesday, May 10 from 1 to 3 p.m. at the Bond Funeral Home with eulogies at 2 p.m.

For those unable to attend the celebration but who would like to add to the spirit of remembrance and love, donations may be sent to the American Cancer Association. 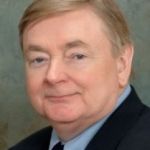 GHENT—Terry L. Anderson, 72, of Ghent passed away at home unexpectedly February 7, 2022. He was born May 26, 1949 to Wallace and Beatrice Anderson in Rome, upstate New York.

He was predeceased by his parents; his previous wife, Lynne, and his sister, Susan. He is survived by: his wife, Brenda (Decker) Anderson; his sons, Ian and Andrew; six grandchildren and two great-grandchildren.

Mr. Anderson was a gifted student who used his talent for mathematics to become the first in his family to graduate college, studying engineering at NJIT.

He began a career spanning nearly three decades managing sales analytics and inventory demand planning with local pharmaceutical company, Howmedica in Rutherford, NJ. He lived most of his life in Bloomingdale, NJ, before moving to Ghent after marrying Brenda in 2017.