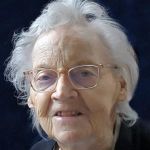 She was born September 27, 1924 in Hudson to the late Roy William Wade and Blanche Bickford Wade. In 1942 she graduated from Gardiner High School, Gardiner, ME, and was awarded a scholarship to study mathematics. She went to work for the Veterans Administration during and after World War II as a legal clerk and stenographer in Togus, ME, and later in Boston, MA.

She married her husband, John Seymour, Sr., of Chatham, at the Highland Methodist Church in Gardiner, ME, January 16, 1949. They then settled in Chatham where they raised their family. Later they moved to MA, VA, FL, DE, and Palmyra, PA. She was a devoted and loving wife, mother, grandmother and great-grandmother. They were married for 58 years until Mr. Seymour’s passing in 2007. After which Mrs. Seymour moved to Alpharetta, GA, and later to Cleveland, GA, to be closer to her family.

Along with her parents and husband, she was preceded in death by her daughter, Helene S. Shorten of Hershey, PA.

No public services are scheduled. Funeral services and burial will take place in the Chatham Rural Cemetery in Chatham, June 28 with a service at the gravesite at 11:30 a.m. Condolences may be conveyed at frenchblasl.com. He was born April 23, 1949 in Westfield, MA, the son of Margaret (Maher) and William B. Laragh. He grew up in Copake Falls and Mt. Washington, MA. He was a graduate of Roeliff Jansen High School, class of 1967. After high school he attended Dutchess Community College before moving to Colorado. On his return to the area he earned a degree from Columbia-Greene Community College and then went on to graduate from Bard College in Annandale. He was employed at The Independent newspaper and upon its closure he worked at The Columbia Paper.

Mr. Laragh was an avid photographer, creating many unique and beautiful black and white photographs of the local landscape where he resided. His legacy will be these photos which he generously shared with family and friends.

He is survived by: his sister, Margaret and her husband Jack Muskrat; his niece, Abigail Muskrat Dolan; nephews, Jonathon and Matthew Muskrat as well as many devoted cousins.

Family and friends are invited to share memories and offer condolences June 24, 2022 from 4 to 7 p.m. at Peck & Peck Funeral Homes, 8063 Route 22, Copake. A private service will be held at a later date. Memorial contributions may be made to the Community Rescue Squad in his memory. 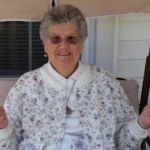 She attended Roe Jan School and was a loving homemaker. She was a parishioner of Our Lady of Hope in Copake Falls where she served on the Altar-Rosary Society. Mrs. Hall was a staple of the Hillsdale community over the years. She will be remembered for sitting on her front porch and waving with a smile to everyone coming into Hillsdale—except those exceeding the speed limit—then she wasn’t as friendly. “She loved Hillsdale, and wished to thank all who knew her over the years.” She definitely will be missed sitting on her swing overseeing Hillsdale, her many friends and family.

She was predeceased by her husband, Richard.

In keeping with her wishes, burial will take place privately in Hillsdale Rural Cemetery. Donations in her memory may be made to the Hillsdale Fire Company or the Community Rescue Squad. To leave a message of condolence for her family visit www.peckandpeck.net