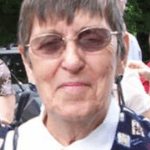 She was born December 30, 1938 to Henry Wadsworth Morgan and Myra (Meta) Morgan.

In 1988 she received a Master of Divinity from the Episcopal Divinity School and was ordained a deacon in 1991. She served as a deacon at St. Andrew’s Episcopal Church in Ann Arbor, MI from 1991-1992. In October of 1992 she was ordained an Episcopal priest in the diocese of Eastern Michigan by Bishop R. Steward Wood, Jr. She served from 1992–1998 as the associate rector of Trinity Episcopal Church in Alpena, MI. In 1998 she was named rector of the Church of Saint John in the Wilderness in Copake Falls, where she served until her retirement in 2007. During her tenure she was well-known for her ministry to both the congregation and the Roe Jan community.

Survivors include: her cousins, Hal and Helen Forsythe of Litchfield, CT, and her nieces, Sally and Lynn Morgan of California. Her brother, Robert Morgan predeceased her in 2008. She is also survived by Betty Shufelt and family of Ancramdale, where she was lovingly cared for over the last 12 years.

A Memorial Service will be held Sunday, July 17, 2022 at 2 p.m. at the Church of Saint John in the Wilderness, Copake Falls.

Arrangements are with the Peck and Peck Funeral Home of Copake. 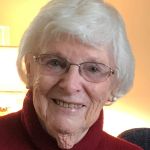 S. Jean (Bathrick) Peck
WEBSTER, NY – Jean Peck passed away on the morning of June 16, with her most loving advocate and confidant at her bedside. Born in Great Barrington, MA, Jean lived the majority of her life in Copake and Millerton, NY, before moving to Webster, NY later in life. She is predeceased by her parents, Homer and Cuba Bathrick; husband Alan; son Gary; grandson Zachary; brother Elwood; four nephews; and several in-laws. She is survived by her sons Bruce, Mark (Jane) and Glenn (Lynn); granddaughter Rhiannon; great-grandchildren Lily, Valerie and Ayden; sister Joyce; sisters-in-law, Helen, Jeanette, Jane and Lois; many nephews and nieces; and her dearest friend for life, Barbara.
Jean’s life revolved around her family, her friends and her faith. She raised her four boys at home, and later worked as an office, and assistant in the medical field until retirement. She was a life-long, very active member of the Church of St. John in the Wilderness, Copake Falls, where she worked tirelessly and served in every capacity possible. Jean was a member and past-president of the Roeliff Jansen Historical Society. She volunteered with Community Hospice – Columbia/Greene Counties, and later at the Webster Comfort Care Home, where she then returned to live out her final days in the care of those with whom she once served. Jean loved people and made friends wherever she was. Her smile and her spirit will be missed, yet ever present.
A Celebration of Life, and burial, will take place in Copake Falls, NY at a later date. Donations may be made to the Church of St. John in the Wilderness, 261 NY-244, Copake Falls, NY 12517. PAID OBITUARY 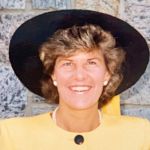