“Art” worked for many years with the Town of Greenport Highway Department. He was one of the founding members of Greenport Fire Company #3 and was also the former assistant chief; he was a member of the Greenport Rescue Squad, and Becraft Fire Company #2. He was active with the Firemen’s Bowling League as well as Greenport Senior Citizens. 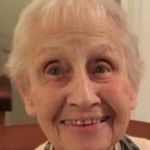 STUYVESANT FALLS—Nancy A. Romanchuk, 91, of Stuyvesant Falls was peacefully called home to the Lord, August 27, 2022.

Born in Hudson, September 4, 1930 to Byron and Maude Phillips, she was a devoted and caring sister, mother, aunt, grandmother and friend to all who knew her.

She graduated in 1947 as valedictorian of her class from the Martin Van Buren High School (now Ichabod Crane Central School), and later graduated from the Columbia Memorial School of Nursing in Hudson. Initially, she worked at the Firemen’s Home and for Dr. Matthew Asbornsen’s office in Kinderhook. In her long tenure at CMH, she held several key positions, including head of recovery room, head of ICU and discharge coordinator. She leaves a legacy of excellence that was a model of nursing professionalism. This care extended well beyond her day job, as she was beloved by her family for assisting in any personal crisis that called for her competent intervention. Her calm, unflappable, deliberate demeanor was a blessing to the entire family.

A lover of travel, shopping, bargains and seafood, she raised the bar high for cleanliness. No one peeled a potato or ironed a shirt with as much precision as she did. She was an active member of the West Ghent Reformed Church.

She was predeceased by: her husband, John, and her sisters, Margaret Stevens and Frances Schools.

She is survived by: her brother, Barry (Celine) Phillips of Queensland, Australia; her three sons, Thomas (Linda) of Elizaville, Robert (Regina) of Winston-Salem, NC, and James (Rebecca) of Stuyvesant Falls; four grandsons, John, David, Peter and Luke Romanchuk and their families; 11 great-grandchildren (and counting); her numerous nieces and nephews, who will always remember her with great affection and appreciation.

The family will receive friends from 4 to 6 p.m. Tuesday, August 30 at the Raymond E. Bond Funeral Home, Valatie. Services will be at the funeral home, Wednesday, August 31 at 11 a.m., with interment at the Stuyvesant Falls Cemetery.

Memorial donations in her name may be made to The Louis F. Payn Foundation, 12 Coleman Street, Chatham 12037. The family extends its deep gratitude to the staff at Pine Haven Nursing Home for their exceptional and compassionate care of Mrs. Romanchuk in her final years.

He was born in Montgomery, AL, to Bettye Crawford Williams and Mack Williams. “Greg” was a loving son, father, brother, grandfather (“Poppy”) and friend. He relocated with his family to Hudson when he was one. He received his formal education in the Hudson City School District and graduated from Hudson High School in 1974.

He confessed Christ at an early age and was baptized at Shiloh Baptist Church in Hudson, where he remained a member until his death. He was ordained as a deacon at Shiloh, May 19, 2012, under the pastorage of Reverend Ronald Grant. He was employed by the Columbia County Department of Public Works and cared for his work family. He had a big heart. He was a generous, faithful, and loving man who was full of life as he met no strangers. He was always willing to lend a helping hand and to tell a joke or two. He was known to act with integrity and readily had kind words for his customers, as they appreciated his extensive skills.

Visitation was held at the Shiloh Baptist Church, August 26. 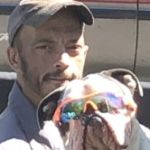 He is survived by: his parents. He was a brother to David (Nicki), Adam (Breanna), Jennifer and Jessica; grandson of Marcia Abrams; godchild of Michael Collier and is survived by aunts, uncles, nieces and a nephew.

He was predeceased by: grandparents, James and Carolyn Moon and John S. Abrams, and his sisters, Courtney and Amanda.

“Willy” was an avid car enthusiast, outdoorsman, hunter and fisherman and a member of 518 Jeep.

Family received friends at the French, Gifford, Preiter & Blasl Funeral Home, Chatham, August 19. There will be a private burial at a later date at Cemetery of the Maples, Canaan. Condolences may be conveyed at frenchblasl.com.

Born in Italy June 11, 1933, he immigrated to America and later began a career with the NYSDOT in highway maintenance.

His family thanks Mr. Cossa’s close friends, Ted and Jeff, for their support and friendship.

No funeral services are scheduled. Arrangements are with the Sacco Funeral Home, Greenport.