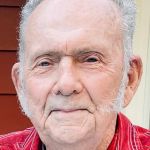 POUGHKEEPSIE—John H. Stelling passed away July 27, 2022 at Mid Hudson Regional Hospital. Born in Brooklyn, June 14, 1940, he was the son of the late William and Asta Hansen Stelling.

He moved to Canaan as a young boy and attended school there, graduating Chatham High School in 1957. Afterwards, he went into the Air Force where he served from 1958 to 1962. He returned to Brooklyn, where he was hired by IBM and worked until he retired in 1996. After retirement, he moved to East Chatham where he was involved in the East Chatham Fire Company, Columbia County Sportsmen’s Federation, Canaan Rifle Club, Saranac Lake Fish and Game, Canaan Conservation Club, Canaan Zoning Board of Appeals, Canaan Cemetery Association, Stockbridge Sportsman Club, and helped with the Senior Group in Canaan. He was an active member of the Flat Brook Baptist Church and Hope Church in Lenox, MA.

Family received friends at the French, Gifford, Preiter & Blasl Funeral Home July 29. Funeral services were conducted at Hope Church in Lenox, MA, July 30. In lieu of flowers, memorials in Mr. Stelling’s name may be made to the East Chatham Fire Company. Condolences may be conveyed at frenchblasl.com. 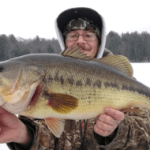 He was born in Pittsfield, MA, June 8, 1989 to his loving parents, Wayne A. Martin, Sr., of New Lebanon and Donna J. McEneany Demick of Petersburgh. He was the stepson of Ron Demick. He was predeceased by his paternal grandparents, Walter and Charlotte Martin.

He attended New Lebanon schools. He was employed by Jiminy Peak Ski Resort and Windham Time Share, both in Hancock, MA. He later worked for Safelight Auto Glass and was a landscaper for many years.

Mr. Martin’s passion was hunting and fishing. He also appeared as an extra in the movie “Taking Woodstock” that was filmed in New Lebanon in 2008.

In addition to his loving parents, he was the: beloved brother of Melissa A. (Corey) Fleming of Petersburgh and Rachael L. Martin of Pennsylvania; adored uncle of Sahara A. Young, Felicity J. Fleming and Keegan P. Fleming; great uncle to Owen Reichelt; cherished boyfriend of Eden Dodge. He is also survived by several loving aunts, uncles and cousins.

Relatives and friends are invited and may call at the Hall & Higgins Funeral Home, 457 State Route 43, Stephentown, Wednesday, August 3 from 4 to 6:30 p.m. followed by the funeral service at 6:30 p.m. with The Reverend Trygve Tomlinson officiating.

In lieu of flowers, the family suggests contributions to Wayne Martin and Family GoFundMe Fund at https://gofund.me/ecf2e83b.

GHENT—Doris Jean Warren died July 27, 2022. She was born in Nebraska, the daughter of the late Karsten and Berit Christiansen. She graduated from Averill Park High School and worked for the Department of Mental Hygiene and the Office of Mental Retardation and Developmental Disabilities, retiring in 1993 after being there for 30 years.

She was predeceased by her husband of 68 years, William Warren; her sister, Bernice Jensen; her brother, Marlin Christiansen and a granddaughter Beth Cahill.

Funeral services will be held Tuesday, August 2, 2022, noon at the Raymond E. Bond Funeral Home, Valatie. Burial will follow in Kinderhook Cemetery. Visitation will be from 10 a.m. to noon prior to the service. In lieu of flowers, contributions may be made to any food pantry. 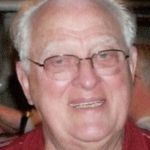 He was the son of the late Ellsworth, Sr. and Esther Ingraham Fosby.

He was born October 8, 1932 in Brainard and grew up in South Schodack on his parent’s farm. He was intrigued by anything mechanical and went to work as a mechanic for Columbia Boxboard. He loved his time with his wife, Marilyn, who predeceased him. He enjoyed traveling, reading books and time with his family.

He was predeceased by his loving wife, Marilyn and his brother, Ellsworth “Fuzzy” Fosby.

In lieu of flowers, contributions may be made in Mr. Fosby’s name to Saint Jude’s Children Hospital. For directions or to convey a condolence visit frenchblasl.com. 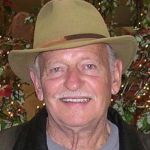 The son of Carl A. and Martha (Muenz), he was born November 21, 1937, and lived his entire life in Columbia County. Upon graduating from Roeliff Jansen High School, where he was among the youngest to graduate at age 16, he served in Japan with the United States Air Force. It was there that he met his wife, Akiko (Koshiishi), whom he leaves behind after 63 years of marriage.

He was an avid hunter and fisherman. Beginning as a young boy and growing up and spending much of his life dairy farming, he enjoyed deer hunting and also boat fishing in the Adirondacks upon retirement. He told true hunting and fishing stories about always having great success. He was co-owner of Riverview Farms, Inc., owning nearly 800 acres and with diverse holdings of properties and businesses. He served for many years as town justice and also on the town board in Stuyvesant. He was a lifelong member of the Stuyvesant Fire Company, and a long-time member of St. John’s Lutheran Church, where he also served on the church council.

Mr. Wied spent much of his time at home later in life with his wife, Akiko, and also attending church and various luncheons with senior citizen groups in Columbia County. He was always active with his mobile phone and on social media—connecting with family and friends. He was loyal to his true love, Akiko, whom he cherished to the end.

Funeral services will be private at a later date. Memorials can be sent to the charity of one’s choice in his memory.