HUDSON—Ian Thomas Williams of Hudson passed suddenly Saturday, July 30, 2022. He was born October 12, 1990 in San Francisco, CA, to Donna Leslie Ebersold and Colin Williams. The family resided in beautiful Montara, CA, where he first acquired his affection for sky, fauna and the sea. He also attended grade-school and middle-school there, displaying early his talent in art and design. When his mother returned to her city of origin, Cincinnati, OH, in 2006, he enrolled in Mariemont High School. There he excelled in the humanities (especially English literature) and participated in cross-country track. Following graduation in 2008, he volunteered to serve a year with AmeriCorps in Philadelphia working with inner city youth. He then enrolled in Ithaca College for two years but decided to leave the institution to pursue his passion for fashion and modeling.

He worked for a number of years in both Los Angeles and New York before settling in the Hudson Valley in 2019. There he was able to pursue his interests in floral and interior design, and in commercial display. He had acquired many friends in the course of his travels. They remember him especially for his kindness to strangers, his wit and humor, his good taste, and his sensitivity to human suffering.

He is survived by: his mother, Donna and his step-father, David Denz, both of Greenwood, IN; by his siblings, Jacob Denz and Teresa Denz; by his aunt, Betsy; by his uncles, Thomas Ebersold and Scott Bowers; by his cousins, Craig Bowers, Keith Bowers and Pat Farkas.

Memorial services will be held both in Hudson and Cincinnati. In lieu of flowers, purchase a bouquet or small gift for someone who would delight in it, and remember Mr. Williams. To leave online condolences visit www.saccofuneralhome.com 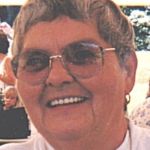 A lifelong resident, she was employed for more than 30 years in the parts control management division of Becton-Dickinson in Canaan, CT.

She was a communicant of Our Lady of Hope Parish, formerly St. Bridget’s Roman Catholic Church. She was an active member of the Copake Grange #935, Roe Jan Young at Hearters, Friends of the Taconic State Park and served as a AARP driving instructor for the Alive at 55 program.

Surviving family members include: her brother, Joseph Donald Traver and his wife Joan; nephews, David Traver and Daniel Traver; many grand-nieces and -nephews.

She was predeceased by a sister, Mary Eileen Traver in 1982.

A Mass of Christian Burial will be held Monday, August 8, 2022, noon at Our Lady of Hope Parish, Route 22 in Copake Falls with the Reverend George Brennan officiating.

He was born July 11, 1941 to Clayton and Luella (McDarby) Beebe in Hillsdale. He was predeceased by his wife of 49 years, Joan Hay Beebe and his sister, Janice Risch. He was a faithful and active member of the First Reformed Church, Hudson. A former member of the Hillsdale Fire Company, and the Hyde Park Moose Lodge. “Bob” enjoyed playing pool, square dancing, bowling and traveling. In his early years, he enjoyed farming, working many years for New York State and Taconic Hills Central School District. He and his wife raised four children at 32 Poole Hill Road in Ancram.

Mr. Beebe is survived by: his children, Terry Lee Whitman, Tammy Dee Echert, Robert W. Beebe, Jr., and Richard Avrigg. He had many grandchildren and great grandchildren. Blanche Hotaling was his traveling companion for the last 10 years.

A time for offering condolences and sharing memories will begin at 10 a.m. Saturday, August 6, 2022 at the Peck & Peck Funeral Homes, 8063 Route 22, Copake. At 11 a.m. a funeral service will be held also from the funeral home and burial will follow in Copake Cemetery.

HUDSON—John “Johnny” Winfield of Hudson peacefully joined his Creator after a brief illness, Friday, July 22, 2022. He was born in Dinwiddie, VA, to the late Maggie and Edward Winfield October 2, 1950. In addition to his parents, his brother, Edward Lee Winfield and sister, Maggie “Tootsie” Winfield predeceased him.

He worked for many years for Hudson Conrail Station. His motto was “I never met a stranger” and he lived by that. If you needed a home, his was opened, if you needed a ride the passenger seat was yours. He didn’t have much money to give but his heart was filled with gold.

He leaves to mourn his passing: his three children, Paris Winfield of Albany, Jennifer and John Winfield of Hudson; three siblings, Melvin (Juanita) Winfield of Albany, Alicia Winfield of Naugatuck, CT, and Sheena White of Troy; a grandson, Zephaniah Winfield-Freeman of Albany; many nieces, nephews and cousins and one aunt, Rosalie Davis of Catskill. 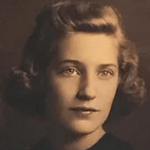 HUDSON—Maria Burroughs Livingston died peacefully at home, surrounded by loving children and grandchildren, Sunday, July 24, 2022 at the age of 103.

An all-state field hockey player in high school, she recalled with special fondness the fall afternoons spent running with abandon down the playing field. She graduated from Sweet Briar College in 1940 with a BA in music.

On January 9, 1942, she married Henry H. Livingston, Jr., and had four children, which they raised in New England. In 1956 the family settled in New York City and Hudson. In the city, she worked in administration at The Day School and the development office at The Brearley School. After retiring she moved to Hudson full-time. In 1966 and beyond, she was instrumental in saving Olana, the home of her great-grandfather, Frederic Church, and was a founder of the Friends of Olana.

She was beloved in every community she became a part of, known for her warmth, sense of fairness, hilarious humor—especially when anyone got too serious—and kindness for all. She had a lyric soprano voice, loved playing the piano and listening to the birds. All green things thrived under her care. She was happiest digging in her garden and being with family, young and old, near and far.

Memorial contributions in her name may be made to The Olana Partnership. 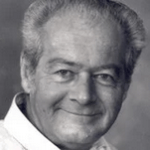 He grew up in Newark, NJ, and was a 1956 graduate of Bloomfield Tech High School. He enjoyed spending weekends and the summer in Ghent. In 1958, he began his career with Niagara Mohawk. He retired as a line supervisor in 1995 after 37 years of service. He was president of the Niagara Mohawk pension club in Hudson. Mr. Schaible enjoyed hunting and terrorizing local lakes and ponds in search of bass. He also enjoyed genealogy and filling in the branches of his family tree. In 1958, he married Ruth Dallas, who predeceased him in 1971.

Visitation at the Bates & Anderson-Redmond & Keeler Funeral Home will be held Friday, August 5 from 10 to 11:30 a.m., followed by a prayer service at 11:30. Interment will be in Mellenville Union Cemetery. In lieu of flowers, memorial contributions may be made to MS Foundation or Community Hospice of Columbia/Greene.

HUDSON—Linda Yates, 72, of Craryville passed away Monday, July 18, 2022 in Hudson. Born September 2, 1949 in Hudson, she was the daughter of Carmen and Julia (Mullally) Gabriel.

She was a secretary at Williams Lumber and Quality Aggregates. 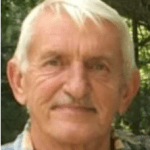 Born in Schenectady, he was the son of the late Leander and Genevieve Griffin.

“Donny” was an Army veteran who served his country honorably during the Vietnam War. He was known as a loving and generous man who would give gifts on a whim just to see someone smile. He loved working in his yard, including tending to his bird feeders and just being outside. He was known for keeping a very clean house and was meticulous with his lawn and was very proud of it. He had an incredible gift of turning something that most people would consider junk into a work of art or something that could be used daily as evidenced by the furniture in his home. He lived his life to the fullest and his family and friends were what he treasured most.