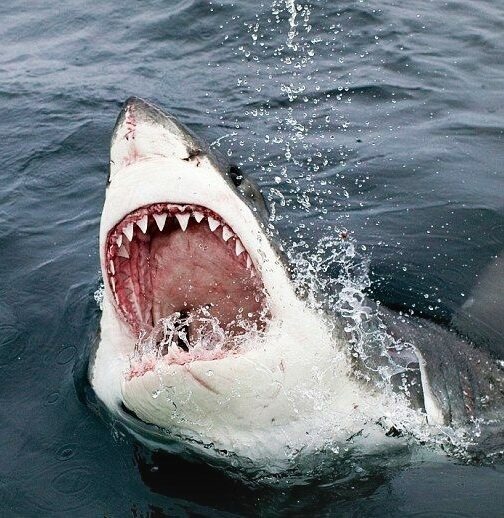 THE NEWS THIS WEEK has focused on increasing shark attacks. Pretty horrifying thoughts for vacationers and beach lovers. Being an older beachcomber, I can vividly remember the 1975 horror thriller “Jaws.” A group of friends and I got together after work and entered a large Albany area theater to see it. We sat on the edge of our seats, jumped, gasped, some screamed, and there was a united feeling of terror and suspense throughout the audience. The worst scenes were the underwater flash of the floating head of a victim and the snapping jaws of the huge shark attacking the boat.

That was a hi-tech film back then. Special effects typically happen in real-time and on the set of the project, while visual effects are added during post-production. The latter can be done by computer software. “Jaws” was done with mechanical props which look clunky compared to current films. It was very real to me. The most memorable and stick-in-your-brain feature was that percussive music. I had begun a 25-year succession of vacations in Florida at that time and the film made me cautious without causing me to give up beach life. I often found shed sharks’ teeth while looking for seashells. I used a cheap French-frier basket to sift sand at the edge of the breaking waves and found many. Sharks continuously grow and shed their teeth which are wickedly sharp. I cut my finger on the first one and learned to be cautious.

One day a friend and I were in a Florida wildlife refuge. It was a hot, humid day and I decided to cool off by doing a barefoot walk in the shallow sandy water. I heard a splash, looked up, and saw a 4-foot shark torpedoing straight at me! I jumped back out of the water, and it came up onto the sand after me with teeth showing and jaws snapping. My friend was perfectly calm and said it was only a dogfish shark. They are common and supposed to not bite humans although I later discovered that there have been some attacks.

That was too close for me even though it went back into the water and took off. I have always wondered if it was a more aggressive species of shark. Closer to home I have seen blue sharks off Cape Cod and there have been reports of possible sharks in the Hudson River. I have been swimming at some point at most of the beaches where there have been recent great white sharks sighted and feel very lucky.

I am a quiet swimmer in the ocean so maybe less of a target. On impulse, I rented the original “Jaws” movie. Will it be laughs or nightmares? It will be interesting.