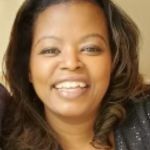 HUDSON—“We want to make sure we support our children, both the ones who are struggling and the ones who are excelling,” Rhode Octobre-Cooper, the new principal of Hudson High School said on August 1. “It’s not okay just to be successful and move forward; you should also help those who are struggling.” And a good way to do so, she repeatedly said, is through one-on-one mentoring.

Ms. Octobre-Cooper recalled that her mother, a teacher, would say, “once you impact a child’s life you change the trajectory of their life,” and, “If you create a bond with a child, you know they can trust you.”

Ms. Octobre-Cooper said her goals for the junior high include allowing eighth graders to take the American History Regents and establishing a mentoring program. In addition, “I have always lived by an open door policy for my teachers and staff.”

The mentoring program would start with students who have been suspended or are “struggling.” Mentors can come from the school or outside organizations. Ms. Octobre-Cooper envisioned the mentor and mentee communicating almost every day, about both school work and their lives. “Children come with a plethora of both academic and behavioral issues,” she said. “They come with a myriad of successes and a myriad of challenges. The goal is to help them navigate through the process. Mentoring is about making them sure they know there is outside support.”

Recalling her own experience as a mentor, Ms. Octobre-Cooper said that when she was studying at SUNY Binghamton, she helped girls in the Binghamton area. Later, one of her “greatest successes” occurred when she was teaching in New York City. She mentored a girl whose mother had 17 children, including some sons who eventually were incarcerated. But this girl graduated from college and now is a psychologist.

Right now, the biggest challenge for education is helping children “continue to see school as a place to learn,” despite missing almost two years academically because of the pandemic crisis and “a lot happening within their families,” Ms. Octobre-Cooper said. Mentoring helps this. So do in-school clubs, such as a book club, she added.

“Education has always been in my background,.”

Her mother was a teacher, and “teachers have always played a role” in her life, adding, “my education taught me the value of making sure I give back.”

Ms. Octobre-Cooper was born in Haiti and came to the US when she was 10 years old. She obtained a BA in history from SUNY Binghamton and an MA in Education from Touro College.

Lisamarie Spindler was in the same district at the same time, eventually as an assistant superintendent. Dr. Spindler came to the Hudson City School District to become superintendent this year. Ms. Octobre-Cooper followed her this summer, to replace Derek Reardon who, after 13 years as principal of the Junior High, became principal of Hudson High School this year.

Though the Hudson City School District is much smaller than the Newburgh one, “children are children,” Ms. Octobre-Coope said.

“I’m in this field to make a positive difference,” she said. “I am beyond hopeful we will have an impact. I am humbled and honored to be in the Hudson City School District. I look forward to serving the community.”