Wally Hill, 86, passed away peacefully at his home in North Port, FL, on August 15th, 2022 due to complications related to cancer.

Wally was born on October 14th in Chicago. He attended H.S. in Geneva, IL, and was a standout football player, receiving a scholarship to the University of Illinois. He was drafted into the Army where he broke his leg and ankle parachuting, thus ending his football career. During the war he worked at the Armed Forces Network in Germany with Nick Clooney, father of George Clooney.

Wally married his high school sweetheart Mary Helen Nistor with whom he had four children, all raised on Long Island, NY. After their divorce, he moved to NYC and worked for NBC Sports as a production manager. In NYC, he met and married Judith Swigost, an entrepreneur and publisher who created the Congressional Monitor.

Wally was very devoted to Judy and he never married again after her passing in 2014.

Wally had a distinguished career in broadcasting which included documentary film credits and many sporting events such as the Olympics, NFL football and horse racing. He received the Albert Nelson Marquis lifetime achievement award in 2020.

Wally was an avid golfer and was involved in local leagues playing twice a week, up until this past spring. In previous years he won amateur golf tournaments in his summer home of Copake Lake, NY.

A service in memory of Wally was held at Farley’s Funeral Home in North Port, FL, August 22nd. Condolences can be sent to the family on his tribute page at www. farleyfuneralhome.

In lieu of flowers the family asks that you send a donation to the charity of your choice in Wally’s name. PAID OBITUARY

Born in Flushing, to Alessandro and Anna Maria Marra, she was the third born of four children, and the first of the family born in the U.S.

She spent her childhood growing up in Port Washington, where she affectionately spoke of her many days spent on the beach with her siblings.

She worked as a secretary at Hazeltine Corporation, where she met her husband and dear love, Syl Braswell. In 1962, they married and briefly lived in Missouri, then back on Long Island, and ultimately in Valatie, where they raised their two children.

Mrs. Braswell worked in the Central Office at Ichabod Crane Central School, then later she babysat in her home. Upon her retirement, she and her husband fulfilled a dream and built a house in Nova Scotia, Canada, where they spent many summers on the ocean. Nova Scotia was her happy place and she was able to spend time, each year, with her sister and extended family who lived nearby.

In addition to her love of Nova Scotia, she dearly loved her grandchildren and smiled biggest when she held each of them as babies. She was proud of her grandchildren and was always eager to hear of their accomplishments, while telling them they were growing too quickly. She will be remembered for her strong faith, love for her family, and appreciation for chocolate and an immaculately clean home.

She is survived by: her sister, Josephine (John) Currie of Big Pond, Nova Scotia; her daughter, Anne (Paul) Pierce of Williamsville; her son, Sy (Kelly) Braswell of Stuyvesant; four grandchildren, Haley and Christopher Pierce, and Colin and Maeve Braswell; and several nieces and nephews.

She was predeceased by her husband Syl, and her siblings, Ida and Orlando.

Memorial services will he held privately with family. 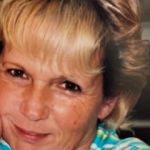 HUDSON—Denise J. Grattan, 62, of Hudson passed away peacefully at home August 28 surrounded by her family.

Born February 13, 1960, to the late Ernest and Shirley Coons, she spent most of her life caring for others as a loving wife, mother and nurse. She will be incredibly missed.

She is survived by: her husband of 32 years, Kevin; her children, Dennis (Michele) of Stuyvesant, Brittany (Anthony) of Claverack, Thomas (Sarah) of Hudson and Brendan of

She also leaves behind her grandchildren, many nieces and nephews, and friends.

She continued her love of her profession by making an anatomical gift of her body to Albany Medical College. A Memorial Service will be held September 17, noon at the American Legion Post 184 in Stockport.

In lieu of flowers, donations may be made to The Community Hospice. 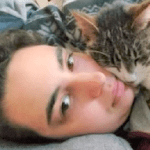 He attended Ichabod Crane High School and loved to perform with the Crane Acting Troupe as well as the Valatie Community Theater, where he played his favorite role of the baker’s wife in “Into The Woods.”

He was involved in Odyssey of The Mind and competed several times at the state and world levels. He was a high honor student and an adjudicated vocalist. He attended SUNY Oswego to study zoology.

He loved cats, writing and dinosaurs. Not far behind were epic movies such as “Lord of the Rings,” “Harry Potter,” “Labyrinth” and “Star Wars.” He also loved Broadway musicals and Disney. His go-to comfort movie of all time was the original “Lion King” and he had the tattoo to prove it! He had been writing a three-part series of books for more than 10 years and he loved his characters as though they were family.

He moved to the Raleigh/Durham area of NC, in 2015 to work for Phydeaux where he formed some deep friendships. He was certainly in his element at Phydeaux where he got to meet lots of dogs and cats, and where he could share his vast knowledge of animal nutrition and otherwise guide the humans.

He was predeceased by his beloved cat, Pippin.

In lieu of flowers, consider a donation to his favorite animal non-profit, Independent Animal Rescue in Durham, NC, at animalrescue.net. 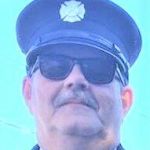 He was born December 27, 1957, the son of the late Harvey and Pauline (Polly) McCagg of Chatham.

He was a graduate of Chatham Central High School and resided in the village until illness required his admission to the Firemen’s Home, where he received outstanding care and compassion during the past year and a half.

He worked at various businesses in the community before being employed as a bus driver for the Taconic Hills School District for 20 years until his retirement. He truly enjoyed interacting with his students and co-workers.

A devoted volunteer in his community, Mr. McCagg served some 45 years as a member and past president of the Sanford W. Smith Hook and Ladder Co. of the Chatham Fire Department and was named Fireman of the Year in 2005. He also was a life-member of the Chatham Rescue Squad, providing emergency care to countless patients over the years.

He was a member of the Kinderhook Elks Lodge and several firematic fraternal organizations, including the Royal Order of Blue Vests and the Night Hawks, having served as president of both groups, as well as serving as a delegate to FASNY and past director of the Hudson-Mohawk Firefighters Association.

Calling hours will be held Monday, September 12 from 4 to 7 p.m. at the French, Gifford, Preiter and Blasl Funeral Home, 25 Railroad Avenue, Chatham. Services will be from the funeral home the following day at 11 a.m. with interment to follow at the Chatham Rural Cemetery.

The family suggests that in lieu of flowers, donations be made to the Firemen’s Home or the Chatham Fire Department in his memory. Condolences may be conveyed at frenchblasl.com.

HUDSON—Anthony P. Zibella, Jr., 81, of Hudson died unexpectedly Wednesday September 7, 2022 at his home. Born in Catskill, November 30, 1940, he was the son of the late Anthony P. and Antoinette M. (Fantazzo) Zibella.

He was a hairstylist, who owned Lisa Marie Beauty Salon in Hudson. He was a loving husband, father, grandfather, brother and friend.

He provided leadership and valuable contributions to the local community. He was the chairperson of the Private Industry Council of Columbia and Greene Counties and the chairperson of the Columbia Greene Workforce Investment Board, both for 15 years. Sir Knight Anthony P. Zibella, Jr., was a member of the Hudson Knights of Columbus Council 316 for 57 years. He served in many different ways; fourth degree knight, grand knight, program director, vocations director, and currently held the position of the financial secretary for the past 37 years. He was also very active with the Fourth Degree Assembly 753 as a faithful navigator, color corps commander, marshal, purser and currently faithful comptroller. He was a past district deputy of the 77th, 78th and 82nd districts and started a new council during that time. “Tony” also served on many other NYS committees as well as being elected to the high office of state advocate.

He will be missed by: his wife, Susan Thorsey Zibella; daughter, Lisa Marie Zibella and her husband William Schmidt; son, Michael A. and Amanda Zibella; he was proud grandfather to Zachary Zibella; sisters, Margaret Gowanlock, Dolores Dupont, Nanette Niekamp and Lucille Hoffman; several nieces and nephews. He was predeceased by one sister and brother, Patricia Miles and Cosmo Zibella.