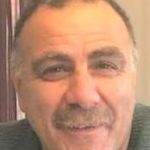 He was born in Hudson, the son of Michael and Grace Tessitore.

After graduating from Chatham High School, he worked at Madsen Overhead Doors and the remainder of his career at New York State Department of Transportation for 40 years.

He is survived by: his wife of 30 years, Shari Westerman Tessitore; his son, Brandon (Cecilia); brother, Michael (Peggy); sister, Antoinette (Edward); nieces and nephews Brittany (Shawn), Michael (Samantha), Matthew and Edward; several great-nieces and -nephews and many other family and friends.

Mr. Tessitore especially loved basketball, baseball and soccer. He participated in several men’s softball leagues. He was a member of Little League as a player and then coach. He coached baseball when his son played, and both boys and girls basketball, Little League Baseball, and Crellin Park soccer. He was also member of The Knights of Columbus and The Chatham Lions Club.

Family will receive friends at the French, Gifford, Preiter & Blasl Funeral Home, Chatham, Wednesday, September 14 from 4 to 7 p.m. A Mass of Christian Burial will be celebrated at Saint James Church, September 15 at 11 a.m.

In lieu of flowers donations in his memory may be directed to The Chatham Lions Club or The Knights of Columbus of Saint James. Condolences may be conveyed at frenchblasl.com.

CLAVERACK—Brian A. Fiero, 57, of Claverack and lifelong resident, died peacefully at his home Friday, September 9, 2022. Born in Hudson, September 13, 1964, he was the son of the late Grayford E., Jr., and Jennie (Martino) Fiero and was preceded in death by his brother, Russell Fiero.

Mr. Fiero is survived by: his son, Brian Fiero, fiancée Janet Borsch; daughter, Cassandra Duncan; twin brother, Bruce (Brenda) Fiero; sister, Debbie Fiero; nieces and nephews. He and his brother co-owned/operated Fiero Bros. Inc. Commercial Cleaning in Hudson. He was a communicant of Holy Trinity Parish in Hudson. He took pride in celebrating life and being there for those he loved in any way he could. Calling hours will be private. A Mass of Christian Burial will be celebrated Wednesday September 14, 2022, 11 a.m. at Holy Trinity Parish, 429 East Allen Street, Hudson, with Fr. Winston Bath officiating. Burial will follow in St. Mary’s Cemetery, Stuyvesant Falls. 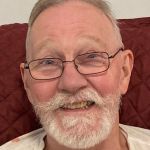 ELIZAVILLE—Ricky Allan McGhee passed away at home, September 7, 2022 after a five-year battle with glioblastoma.

Born October 11, 1952 to parents, Collins and Anita (Aroh) McGhee, he was the second eldest of nine children.

He married his wife, Stephanie (Badore) in 1973, and they were together until his passing.

The couple was blessed with two children, their son, Joseph and daughter, Sara. He was also honored to act as a father figure to his youngest sister, Julann (McGhee) Peters.

He was a friend to many, a beloved brother to his eight siblings and seven siblings in-law, as well as, the always proud “Crazy Uncle Rick” to his many nieces and nephews.

A dedicated father to Joseph, Sara, and Julann, he was also a wonderful father-in-law to their spouses, Sarah (Follin) McGhee (Joseph), Brian Simons (Sara) and John Peters (Julann). He was also an adored “Poppy/Papa” to his five grandchildren, Braeden and Reese Peters, Anderson and Benjamin Simons and Finnegan McGhee. Some of his greatest joy and happiness came in being a grandfather.

Always happy to share his skills and knowledge, Mr. McGhee lived a life in which he was always willing to help and eager to get involved. Upon learning of his diagnosis, he made the decision that he wished to donate his body to science. Throughout his courageous fight he was adamant that he wanted something positive to come out of his battle with brain cancer. His family is proud of him that he was able to do so and that his body will be used by future doctors to study and learn. His family is grateful to Albany Medical College in accepting his donation and helping to make his wish a reality. They hope that his passing and the study of his body may hold a key to someday beating this vicious disease.

In lieu of flowers, he asked that everyone do an anonymous random act of kindness in his honor, and to also support your local mental health organizations.

A Celebration of Life will be announced at a later date. 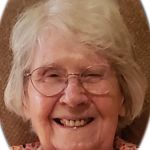 PITTSFIELD, MA—Mildred “Mickey” W. Tinger, 98, of Canaan died September 7, 2022 at Berkshire Place, where she resided for the past 11 months.

She was born in Adams, MA, July 8, 1924, daughter of Frank and Josephine (Ramocki) Wandrei. She attended Adams schools, graduating from the former Adams High School, Class of 1942. After graduation, she worked at the General Electric in Pittsfield.

On November 24, 1945, she married the love of her life, Alfred Tinger, in the former St. Thomas Church in Adams.

In 1970, the couple purchased the Stony Kill Restaurant, a short distance from Queechy Lake.

They enjoyed traveling to Maine, Wildwood Crest NJ, and Florida as well as taking trips to the casinos.

She always lost, but he always won. She was an avid reader all her life. She constantly had a book in her hand even when watching TV. She enjoyed her country home in Canaan watching the wildlife in the yard all the time. She was a wonderful, kind and loving person, who will be missed by her family and friends.

She was predeceased by: her parents; husband; eldest brother, Frank Wandrei, his wife Wanda and her brother-in-law, John Jennings.

She was very grateful to her daughter and son-in-law for the loving care she received at home for more than nine years as well as the continued help and support she received from her sons.

She always had unconditional love for her family.

Her family extends deepest gratitude to Berkshire Place and Hospice Care of the Berkshires for their exceptional care over the past 11 months.

Visitation hours will be held Friday, September 16 from 1:30 to 2:15 p.m. at French, Gifford, Preiter & Blasl Funeral Home, 25 Railroad Ave., Chatham, with a memorial service starting at 2:15. Burial will be private.

In lieu of flowers, memorial donations in may be made to St. Jude’s Children’s Research Hospital, 501 St. Jude Place, Memphis, TN 38105, Hospice Care of the Berkshires, 877 South Street, Pittsfield, MA 01202 or a charity of one’s choice. Condolences may be conveyed to frenchblasl.com. 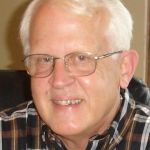 He graduated from Bremerton High School in 1957 and went on to receive a Bachelor of Arts at Whitman College and a masters in education at Harvard University.

“Steve” was an outstanding educator, teaching in Harlem and later Scarsdale, where he met his late wife Rosalie (Valenti) Johnson.

From a young age he enjoyed the adventures of traveling. He backpacked through Europe for six months as a college student and continued his love of travel with his wife and children and even alone after his beloved wife’s passing. He traveled the world visiting places like China, India, Patagonia, Morocco, Chile and Peru, to name a few. He shared his love of adventure as well as his quirky sense of humor with his friends and family.

Calling hours are Saturday, September 17 at Raymond E Bond’s Funeral Home, 1015 Kinderhook Street, Route 9, Valatie from 10 a.m. to noon. A memorial service will be held at the funeral home at noon. All are welcome to attend.

WESTCHESTER—Kathleen Macchi, 68, of Hudson passed away August 15, 2022 in Westchester. Born October 3, 1953 in Hudson, she was the daughter of George and Kathleen (Bartholomew) Macchi.

She lived her entire life in Hudson, where she was a member of Holy Trinity Church/St. Mary’s Parish. She was a graphic artist for New York State working in Albany. She loved to watch cooking shows and try new recipes she just learned. She enjoyed sharing her culinary delights with her family, and was the driving force behind every holiday meal, especially Christmas dinner which she enjoyed hosting.

She was the beloved sister of Judith Fish, and aunt to 6 nephews and 12 great-nieces and -nephews.

Memorial visitation was September 13 at the Bates & Anderson-Redmond & Keeler Funeral followed by funeral prayers. In lieu of flowers, consider a donation in her memory to AnimalKind.

Born August 31, 1951 in Fort Fairfield, ME, she was the daughter of Thomas and Mamie (Berube) Barnes.

She had a wonderful sense of humor. She will be best remembered for her independent ways and her firm convictions. She enjoyed doing all types of puzzles, and cherished family gatherings where it was guaranteed that she would be the life of the party.

A funeral service was held September 12, 2022 from the Bates & Anderson-Redmond & Keeler Home. Interment will be in Evergreen Cemetery, Pine Plains. 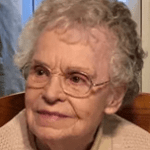 She and her husband, Lewis, owned and operated Mueller’s Grocery and MGM Market for several years, always willing to help anyone in need. After getting out of the grocery store business, she went to work for ShopRite as bookkeeper until her retirement. She was a devoted member of St. Mark’s Lutheran Church. She was a very kindhearted, loving and devoted wife, mother, grandmother and great-grandmother. She was extremely proud of her family and her happiest moments were spending time with them. She will be missed and forever loved by all of them. 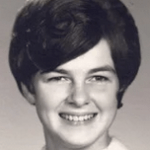 LINLITHGO—Marilyn Hall, age 70, loving mother and grandmother of three, and adoring wife to husband, Jon Hall passed away in the early hours of September 10, 2022, after a courageous battle with cancer.

She was born September 20, 1951, in Hudson and spent her entire life in the area. She grew up surrounded by her large loving family.

In addition to her husband, Jon, she is survived by: her three children, Christina (Mike) Pudney of Livingston, Renee Fox of Germantown and George (Lindsey) Sharpe of Germantown; grandchildren, Kylie and Brandon Pudney and Zoe Fox; brother, Daniel (Evelyn) Wright of Vermont; sister, Janet Bailey of Texas and brother Kenny (Beth) Wright of Livingston and several nieces and nephews. She was preceded in death by her mother, Ruth Wright; sister, Carol Sestir and brother-in-law, Steve Bailey.

She was heavily involved in her community from its youngest members as a 20 year bus driver for Germantown to its older members as a Board of Director member for Palatine Manor. She was a devoted member of Livingston Memorial Church in Linlithgo as an elder as well as a long-time member of the Women’s Guild.

A celebration of her life will be at Livingston Memorial Church in Linlithgo, Tuesday, September 20, 2022 at 5 p.m. immediately followed by a gathering of friends and family at the church hall. 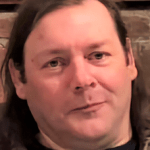 In addition to his mother, survivors include his longtime companion: Alice Baker; his daughter Mary Baker; his brothers, Jason Plass and Jeremy Plass (Katherine Pierce); several aunts, uncles and cousins.

Cremation took place through the care of Simple Choices, Inc. The family plans a private service and a celebration of life will be held at a later date.

Relatives and friends are invited to pay their respects online by leaving a special message for the Plass Family at: SimpleChoicesCremation.com