CLAVERACK—Shawn M. Snyder, 61, of Claverack passed away Tuesday, September 27, 2022 at his residence. Born April 16, 1961 in Poughkeepsie, he was the son of Judith (Ryan) Snyder and M. Robert Snyder.

He was an avid chef, pet lover and golfer. He loved to cheer for the New York Mets and New York Rangers, and thoroughly loved cooking for his niece, Addison and nephew, Evan, “his toughest critics.”

He was a beloved son, brother, brother-in-law, uncle, nephew, cousin, and friend who will be dearly missed. He honorably served in the United States Air Force from 1982-1986.

Graveside services will be held Friday, October 7, 2022 at 10:30 a.m. in Mellenville Union Cemetery.

She loved sewing and spending time with family members . She was a loving mother and grandmother.

Her family thanks close family and friends for their support in her final days and to the sixth floor staff at Columbia Memorial Hospital for treating her like family.

A funeral service was held at Bates and Anderson Funeral Home in Hudson, September 30. Burial followed at Cedar Park Cemetery in Hudson.

HUDSON—Marcia Jane Sullivan taught her final and most important lesson, surrounded by her loving family and faithful friends, as she peacefully ended a courageous battle with cancer September 28, 2022.

Over the course of the last three years, she calmly and quietly demonstrated the power of determination, optimism, bravery and faith for all those privileged to accompany her on this journey.

She was born November 27, 1953 in Massena. She was predeceased by her much-loved parents, Gabe and Pearl Sullivan and her brother, David Sullivan. She is survived by her adoring sisters, Kathy Tajeu and Tricia Huber (Jim); a dear brother, Tom Sullivan (Ginny); a sister-in-law, Denise O’Brien; her beloved niece and nephews; devoted and loyal friend, Caroline Merritt.

Her warm spirit and caring nature embraced all she met; students, colleagues and especially those honored to be called her friend.

She began her career in education by earning a BS at SUNY Brockport and a MEd at St. Lawrence University. She went on to receive a MA at Eastern Carolina University. She joined the faculty at SUNY Potsdam and then served as professor of physical education, softball coach and academic counselor during her 30 years at Columbia-Greene Community College, from 1982 to 2012.

Ms. Sullivan’s patience, persistence and compassion for others enabled her to become a highly esteemed and revered educator. She was awarded the President’s Award-Faculty-2012, 1988 SUNY Chancellor’s Award for Excellence in Teaching and NYS Governor’s Award for Outstanding Health Educator in 1987. During her tenure she served as faculty council chair, co-chair of the Middle States Accreditation and was actively involved in many college committees. She was honored with the title of professor emeritus by C-GCC Board of Trustees. She was also a long-term, active member of Alpha Nu Chapter of Delta Kappa Gamma, an international professional society of women educators. She saved multiple lives through her knowledge, application and training in CPR and first-aid. She was a mentor to hundreds of people over the years and earned the respect and admiration of countless students and contemporaries.

Her nurturing abilities weren’t reserved only for family and friends. Some of her favorite companions were known to have paws, whiskers, fur, feathers and hooves. As a young child and throughout adulthood, she was devoted to all animals’ well being. Her outstanding dedication to the support and purpose of the Columbia-Greene Humane Society was honored with the Bilinski Award in 2020. She fostered, found homes for and adopted many dogs and cats. Some of the beneficiaries of her unconditional love were her special cat, “Just Jack” and his best friend, a dog named “Sophie.” Contributions in Ms. Sullivan’s memory may be made to: Columbia-Greene Humane Society, 111 Humane Society Road, Hudson 12534.

In keeping with her wishes, there will be no calling hours or funeral services. “We may celebrate Marcia’s life by proving we have learned her lessons well. We will keep her candle burning brightly and honor her servant heart by doing our best to carry on with determination, optimism, bravery and faith.” Visit www.batesanderson.com to leave condolences.

GHENT—Amy Maria (Samascott) Brosen, age 82, of Chatham passed away September 29, 2022 at the Ghent Nursing Home. Born August 18, 1940 in Kinderhook, she was the daughter of the late Howard and Esther (Schwartz) Samascott.

She was a devoted stay-at-home-mother, who raised her five beautiful children, enjoyed gardening, reading and loved spending time with family.

She is survived by: her beloved husband of 64 years, William H. Brosen; her children, Molly, Tami, Bill Jr., Brian and Dan; her grandchildren; her great-grandchildren and her sister, Judy Hille.

Besides her parents, she was also predeceased by her siblings, Howard and Arlene.

There will be no services.

ALBANY—Maureen Ann O’Mara, a resident of Claverack, passed away September 26, 2022 at Albany Medical Center peacefully with family by her side. She was 74 years old.

The daughter of Edward J. O’Mara and Margaret Dougherty O’Mara, she was born July 21, 1948 in Newburgh.

She was a graduate of Wallkill High School class of ‘66. After high school she chose a career in nursing at a time when many changes were occurring in nursing and the healthcare industry. She graduated in 1969 from Middletown NY State Hospitals Diploma Program. This program was one of the first to send nursing students to local community colleges where they were awarded credits for science courses they took. This was a very innovative approach and changed the way nursing students were taught.

She would spend the next 35 years working in the healthcare industry in jobs that would use her talents and skills as a registered nurse and more importantly as a people manager. Her philosophy for management was to surround oneself with good people, empower them to do their jobs and recognize their efforts when they go above and beyond what was asked of them. This philosophy earned her the love and respect of employees and peers alike. Her career would take her to hospitals like Peter Brent Brigham Hospital in Boston which was a major teaching hospital for Harvard Medical School. Ohio’s Kent State University Student Clinic and Baltimore’s University of Maryland Shock/Trauma Center. At that time it was the biggest trauma center in the United States.

In 1982 she was hired by the IBM Corporation in New York. She accepted management positions at IBM Poughkeepsie where she was the site manager for Occupational Health Services. She was promoted to Northeast Regional manager responsible for OHS at IBM locations in East Fishkill, Poughkeepsie, Endicott and Burlington, VT. She ended her career at IBM in 2004 retiring from a corporate staff assignment where she worked on many of IBM’s national Occupational Health Services and Wellness programs.

A strong supporter of education, she held two masters degrees. Although she had many achievements and successes, her greatest achievement was being the most incredible mother. She loved family and was devoted, loving, supportive and fair. She was a strong, independent woman who raised two children with morals and values that mirrored hers. She was so proud of her son, Collin O’Mara-Green, a graduate of St Michael’s College in Vermont and her daughter, Bridget O’Mara-Green a graduate of Manhattan College in NYC. She loved to travel and visited the Netherlands and Austria made a number of trips to her beloved Ireland. Her last trip in 2022 was to visit family in the Sierra Nevada Mountains of Northern California. She loved her yoga buddies and waterfront aerobics exercise group. Her apple pies and rustic tarts at gatherings for family and friends were legendary.

She loved deeply, forgave quickly and throughout her life looked for the best in people. She was a believer in giving back to the communities where she lived and helping those who may have been less fortunate then herself. She was a member of the Knit Club of the Hudson Valley. A non-profit organization, the knit club supports the Taconic Hills Backpack program, Community Christmas Baskets, Roe Jan Food Pantry and Community Action/Battered Women, among other organizations. Additionally, she supported ReEntry Columbia and the federal government’s WIC program which is a special supplemental nutrition program for women, infants and children. She was very active with the Claverack Democratic Party, volunteering in whatever way was needed and beneficial. In passing as in life, she continued to give to others as an organ donor giving the gift of sight and in support of scientific research. A life well lived, a life well loved and that light of goodness in the world has dimmed with her passing.

She is survived by: her husband, Richard Bazelow; her children mentioned above; her sister, Eileen O’Mara-Garcia and husband Ralph O’Mara-Garcia; cousins, Maura and Bill Rose, Kevin and Nancy Cowherd, Stephen Cowherd and Anne Staudt. A celebration of her life party will be held at Our Lady of Hope Church community hall at 8074 State Route 22 in Copake Falls, Saturday, October 15 from noon to 3 p.m. Donations may be made to the charities and organizations mentioned herein and also the American Heart Association. For online condolences visit wenkfuneralhome,com 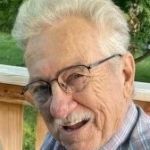 He attended Ichabod Crane Schools and worked at the Fort Orange Paper Company in Castleton for 32 years. He and his wife, Janet were married September 14, 1963 in Kinderhook.

Funeral services will be held Friday, October 7, 2022, 11 a.m. from the Raymond E. Bond Funeral Home, Valatie. Burial will follow in Prospect Hill Cemetery, Valatie. Visitation will be on Thursday, October 6, 2022 from 4 to 7 p.m. at the funeral home. Contributions may be made to St. Jude Children’s Hospital, www.stjude.org.

Born in Hudson May 24, 1948, she was the daughter of the late Louis and Agnes (Salerno) DeLuke. After high school, she graduated from Austin’s Beauty School and had a long career as a beautician as well as a Mary Kay Cosmetics consultant for more than 25 years. She was a member of Holy Family Church/Church of St. Joseph Stottville, was a past Queen of the Hudson Chapter of the Red Hat Society, and an active member Columbia County Sons & Daughters of Italy. She also enjoyed crocheting and participating in local craft fairs.

She will be greatly missed by her loving and devoted husband, Arthur F. “Art” Frank, as well as her three sisters, Joanne (Bill) Wendelken, Debbie (A.J.) Hart, and Lea (Alan) Schwartz; many nephews, nieces, great-nephews, great-nieces, and friends.