STALKER—Thomas Vernon Stalker, 81, of Stockport died peacefully at home, Saturday, October 15, 2022. Born December 12, 1940 in Port Chester, he was the son of the late Walter P. and Alice Winifred Stalker.

“Tom” was a loving husband, father and grandfather, he served proudly in the U.S. Army from 1957 to 1960 and received a certificate of recognition from the secretary of defense for his service during the Cold War. He was a member of ABATE and the VFW. He loved riding his Harley and throwing biker parties at his house. He retired after a long career from Metro North as a crane operator.

Calling hours will be 10 to noon Wednesday, October 19, 2022 at the Sacco Funeral Home, 700 Town Hall Drive, Greenport. Funeral services will follow at noon with Pastor Karen Squires officiating. Burial will be in Cedar Park Cemetery. 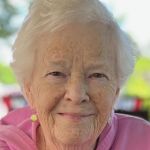 She was beloved by her family and the many patients she cared for over her years as a nurse for Dr. Neal Baillargeon and at Barnwell Nursing and Rehabilitation Center. She will be remembered for her courage in facing terrible losses; her sense of humor; her great baking, including the world’s best chocolate chip cookies; her dedication to her children, as well as to equality and social justice for all; and for the wonderful times on Cape Cod. Her family thanks the health aides who cared for her during her long illness at home and all of the people at Teresian House in Albany who cared for her with great compassion and humanity during her last few months. In lieu of flowers, donations would be appreciated to any of the following: Human Rights Campaign www.hrc.org, Columbia-Greene Humane Society www.cghs.org, Teresian House Foundation www.teresianhouse.org/foundation, and Cure Alzheimer’s Fund www.curealz.org.

A gathering and memorial service remembering her life will be held at the Raymond E. Bond Funeral Home, 1015 Kinderhook Street (Route 9), Valatie, October 29, 2022 starting at 11 a.m. with a service at noon (wear a mask). The service will be followed at 1 p.m. by reception at the home of Dan Dyksen and Kevin Gilrain with food, drink, and opportunities to continue to share stories. 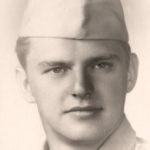 EAST CHATHAM—Theodore George McKenna died at home October 16, 2022 after a long illness, with his devoted wife by his side. Born November 20, 1929 in Teaneck, NJ, he was the son of the late James and Gladys Townsend McKenna.

In 1943, he moved to East Chatham, where he lived and worked for Ernest Gleason on his farm.

“Ted” attended Chatham High School, graduating in the class of 1947. He was the vice president of his class and played varsity football, basketball and track.

He was a veteran of the Korean War serving in the Army from 1948 to 1952. After receiving an honorable discharge he apprenticed as a union plumber and pipe fitter. He was active in the trade for 45 years. He worked on the new tube for the Lincoln Tunnel in New York City, as a foreman on the Trident submarine’s nuclear reactor in West Milton, as general foreman for the first computer chip plant in Menands and on several other plumbing projects including prisons in the Adirondacks.

He enjoyed square-dancing, traveling with his camper, loved the U.S. west having made six trips to Colorado with his wife and pit bull, “Poss”, one of many pit bull pals. He played the harmonica and was a skilled Pinochle player.

As per his wishes there will be no calling hours.

Donations in his name may be made to AnimalKind in Hudson, when we needed advice and help in caring for cats and dogs they were always helpful, or to Community Hospice of Columbia Greene, they gave their time and very best care and also provided coping skills in a very, very difficult time. 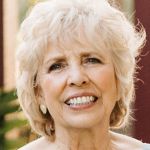 She was born in Brooklyn, to John and Marion Audoire. The oldest of eight children, she grew up in Long Island. After graduating high school, she attended SUNY Oswego in Oswego and graduated with a degree in teaching. She spent many years as a math teacher at faith-based schools in Stottville and Valatie and as a substitute teacher in the public school system. In more recent years, she assisted with the bookkeeping and many other volunteer roles for the churches she attended in Rensselaer, and Durham, NC.

After college, she got a job as a French teacher near Syracuse, where she met police officer Robert “Bob” Mural through mutual friends. They married August 21, 1971. He was the love of her life and with their strong faith as the center, they built a life together in Kinderhook. They had two children, Jeffrey and Bernadette. Mrs. Mural lived there until 2014 when she moved to Morrisville, NC, with Jeff, his wife Catherine and their two sons, Alexander and Christopher, and shared a home with them.

Her faith in God and her desire to serve was the guiding force to her life. She spent many years investing in service through teaching at faith-based schools. She was devoted to her church and considered them family. Her church work exemplified her servant’s heart.

Her love for her grandchildren was known by all. In conversation, she wasted no opportunity to show photos and share anecdotes. Being a loving, proud and involved “Mémé” brought joy to her life that she shared with all.

She was preceded in death by her parents and her husband.

She is survived by: her children, Jeffrey (Catherine) of Morrisville, NC, Bernadette (Brian) Boesch of Maitland, FL; grandchildren, Ian, Alexander, Christopher and Ruby; seven of her siblings and many nieces and nephews.

Funeral services will be held Saturday, October 22, 2022, noon at the Raymond E. Bond Funeral Home, Valatie. Following the service she will be laid to rest next to her husband at St. John the Baptist Cemetery in Valatie, as was her wish. Visitation hours will be from 10 a.m. to noon prior to the service. In lieu of flowers, donations may be made to one of the following charities in her memory: Dorcas Ministries who provides compassionate assistance to area residents to empower people to become stable and self-sufficient or TROSA, an innovative, multi-year residential program that empowers people with substance use disorders to be productive, recovering individuals by providing comprehensive treatment, experiential vocational training, education, and continuing care.

PHILMONT—Philis Finkle Doody of Philmont passed away October 11, 2022 at home with her loved ones by her side. She was born July 1, 1946 to the late Philip and Norma Finkle. She grew up in Philmont and graduated from Ockawamick High School. She went on to college for nursing and upon graduation, took a job at Columbia Memorial Hospital as a nursing assistant.

She returned to school and received her license as an LPN then as an RN and eventually retired from Columbia Memorial Hospital.

She was predeceased by her husband, Raymond to whom she was married for 48 years, and her brother Robert “Skip” Finkle. She will be truly missed by her children, Philip (JoAnn) Rivenburg, Candy (David) Mills, Katrina (Charles) Winters, Niki Rivenburg; her grandchildren; great-grandchildren, family and friends.

He was the last patriarch of his family. He worked for the New York State Training School for Girls, Sunmount DDSO for 32 years of state service. He was also a security guard at Columbia-Greene Community College for 25 years. He was a Purple Heart recipient serving honorably during the Korean War. He hid from the enemy for eight days while injured. He enjoyed spending time with his family, hunting and fishing, and playing his harmonica.

Visitation at the Bates & Anderson-Redmond & Keeler Funeral Home was held October 17 followed by funeral prayers at offered by The Very Rev. Anthony Barratt E.V. Interment with military honors was in Cedar Park Cemetery. 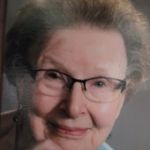 GHENT—Margaret Ann Robinson of Ghent, beloved mother, grandmother and great-grandmother passed away peacefully October 11, 2022 at the age of 89.

She led a very full life. She was a devoted wife and mother and spent many years volunteering to enrich the lives of others. She was the founding president of the NAMI chapter in Hudson, helping guide families through the struggle of mental illness. She was a eucharistic minister at St. James Parish, taught CCD to numerous children and volunteered for Meals on Wheels. She always had a big smile for those she encountered.

She was a terrible cook, but a great baker and loved chocolate. She had a very kind heart and a fantastic sense of humor. She enjoyed gardening, attending Mass, crossword puzzles and murder mysteries. Nothing gave her greater joy than being with her large family whom she loved very much. She was preceded in death by: her husband of 63 years, James Albert Robinson; daughter, Kathleen Robinson and daughter-in-law, Sue Robinson. She leaves a legacy of three generations: her son, Robert Robinson of Babylon; daughter Laura Mayer of Ghent; daughter, Linda Robinson of CT; son, Richard Robinson of Chatham; daughter, Diane Manahan of Salem, MA; her grandchildren, Jennifer Mayer, Andrew Mayer, Kathleen McKiernan, Brendan McKiernan, Melanie Gabrell, Rowan Manahan and Charlotte Manahan, and she especially loved being “GG” (great grandma) to Oliver Cumpston, Stella Cumpston, Linden Mayer and Gene Gabrell. 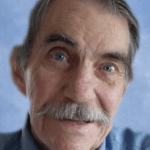 Cremation took place through the care of Simple Choices, Inc.

The family has chosen to honor his memory in a private way.

Relatives and friends are invited to pay their respects online, by leaving a message of condolence for his family at: SimpleChoicesCremation.com