THIS IS THE LAST in a short series of columns about the High Falls Preserve in Philmont, managed by the Columbia Land Conservancy. We have already learned about the bedrock geology and the volcanic history here. Now, let’s learn more about the falls and their canyon. See our first photo. It shows a steep and narrow canyon. How did that form? Perhaps you have learned over the years, something about Niagara Falls. The highest strata of those falls are composed of very dense rock called dolostone. That horizon of rock is solid stuff, and it makes up what is called a capstone and it is that cap which supports the falls. But the strata underneath the cap are much softer rocks. Those horizons are easily weathered and eroded. Over time those soft horizons retreat and this leads, periodically, to collapses of the capstone

In this manner Niagara Falls has been observed to have been retreating these last three centuries. The falls have been painted and photographed repeatedly since the late 1600s and from studying those images we can demonstrate that the falls have retreated several hundred feet in that time. See our second photo, courtesy of Wikimedia Commons. Since the end of the Ice Age, geologists think those falls have retreated many miles.

The question we would like to answer is does this model explain High Falls? Has High Falls been retreating since the end of the Ice Age? We will bring that question to the geology walk there on Saturday, October 22 at 10a.m. We will look and see if there is some sort of a capstone at High Falls. And are the strata below softer? If so, then our hypothesis can be promoted; it will become a scientific theory. We will be able to attribute High Falls and its canyon to waterfall retreat.

To contact the authors email or join their Facebook page “The Catskill Geologist.” Read their blogs at “thecatskillgeologist.com.” 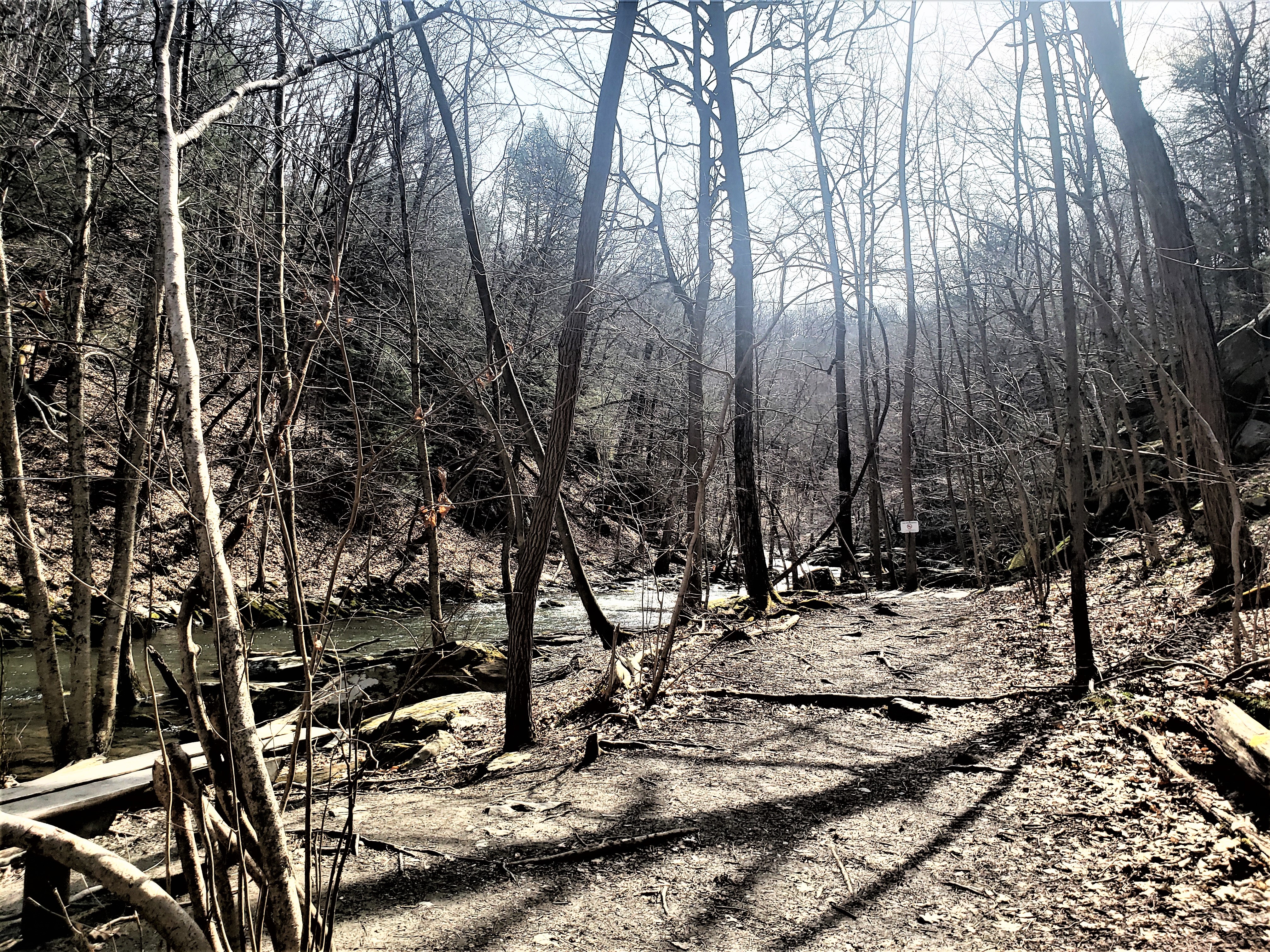