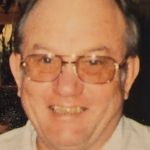 He was born in Huntington, Long Island to Charlotte and Arthur Wenz February 3, 1930. He was a veteran of the U.S. Navy and served in the Korean War. He was a highly-skilled master carpenter. He was a member of the Carpenters Union Local 291 in Albany. He was an avid deep sea fisherman and hunter. He was a huge Second Amendment supporter and NY Giants football fan. He was a lifetime member of the Kinderhook Elks, the American Legion, and the NRA.

He will be laid to rest during a private ceremony with family. There will be a celebration of life held to honor him at a later date. Arrangements are under the direction of the Raymond E. Bond Funeral Home, Valatie.

He was raised in Pine Plains on the family farm, BrookLynd, before taking on a career as a truck driver. He worked for George Hildebrandt Trucking, Staats Dairy Transport and Columbia Transport.

Born in Philadelphia, PA, she was the daughter of the late Isaac and Elizabeth (Hanson) Swope. In Hudson she was a self-employed artist and owner/operator of Lucky Dog Press, where she wrote, illustrated, printed on a letter press, and hand bound books for children and adults mostly about animals. She also created a collection of cards she called the Propergander Cards with imagery and sayings about people’s relation with animals. In Vermont while running a diversified farm with her husband, Stan, she taught poetry and art in schools throughout the state, and in 2010 was recognized by the Vermont State Legislature for her contributions to the arts and education in the state.

She leaves behind a devoted family of: her husband; four sons and their spouses, Tom, Andrew and Nancy, Lee, Jeremy and Jenn; her siblings, Thomas H. Swope, Mary Hill Swope, and Julia Child; her grandchildren, Elizabeth, Emily, Isaac, Jake and Aaron. She was predeceased by: her sister, Elizabeth Collins. She loved her stepson, David Yarian and wife Fia and their three sons, Benjamin, Samuel and Jonathan; and her stepdaughters, Susan Ryan and husband David and their daughter Jessie and son Jake, and Rebecca Stange of Maine.

At her request, burial was in the Natural Burial Ground at the Town of Rhinebeck Cemetery where a private ceremony was observed by her family November 9, 2022. 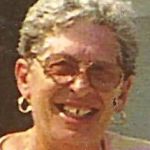 Born November 14, 1939 she was the daughter of the late Henry J. and Marjorie Mink.

She was predeceased by: her husband, Arthur Roraback, Jr.; her sister, Mary Harder; her brothers, Robert Mink and William Mink. She is survived by: her sons, Arthur E. Roraback, III, and Donald Roraback; her sisters, Sandra Mink and Sheila Boll and many nieces and nephews.

For many years she worked at the family business—Roraback Garden Market selling fruits, vegetables and plants. In later years it changed into a center for Magic: the Gathering card playing and she made many friends. Her family and playing cards were her great passions in life. She has an infectious laugh. She will be missed by all whose lives she touched. There will be no services, inurnment will be at the family’s convenience. For online condolences visit wenkfuneralhome.com 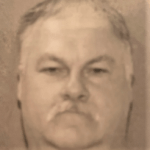 He was born in Troy, August 4, 1955, the son of the late Robert and Florence Goodermote Button. He was raised in Berlin and was a graduate of Berlin Central School.

“Tom” lived in Berlin, West Lebanon and Stephentown before moving to Ghent over a year ago. He was employed as a truck driver for various trucking firms, hauling freight throughout the Midwest including Arco Trucking Company in West Lebanon. His passion was driving.

He was the brother of the late Allen (late Donna) Button; uncle of Timothy (Shevagene) Button of Bennington, VT, and the late Hazel Alderman. He was the best friend of Jonathan Koepp of Stephentown.

Funeral services will be private at the convenience of the family. Arrangements are by the Hall & Higgins Funeral Home in Stephentown. Sign the condolence book at ParkerBrosMemorial.com.

She was born January 5, 1946 in Miami Beach, FL, the daughter of Leroy and Ola Wiencke.

She worked for many years in customer service at RR Donnelly. She also enjoyed fishing, golfing, reading and spending time with family and friends.

She is survived by: her siblings, Cynthia Scott of Rensselaer, Frederica Wright of Claverack, Leroy and his wife Angela Wiencke of Craryville, and Barbara and her husband Dell Scutt of Craryville; also many nieces and nephews.

In lieu of flowers consider making a donation in her memory to the Alzheimer’s Association or the Lewy body Dementia Association.

Arrangements have been entrusted to Peck & Peck Funeral Homes, Copake. To leave a message of condolence for her family visit www.peckandpeck.net 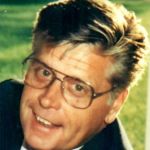 CLAVERACK—Joseph Gerard Ether, 81, of Claverack passed away November, 7, 2022 at home.

He was born in Manhattan to Curtis Ether and Stella Ether Sinus, August 9, 1941. He worked for New York State Police in Claverack as a trooper and retired as a tech sergeant at Division Headquarters after 20 years.

Donations may be made to the New York State Troopers Police Benevolent Association in lieu of flowers. 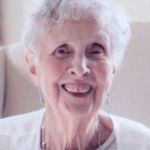 She was born in Old Chatham, February 10, 1931, to the late Frances “Frank” Modleski and Mary Boland Blake. After graduating from Chatham High School in 1948, she attended Albany Business College, where she enjoyed living with her sister, Rita and future sister-in-law, Pat in Albany.

She married John “Barney” Young, and together they raised seven children. While raising her children, she was a member of the East Chatham Fire Company Ladies Auxiliary, an assistant Girl Scout leader, and a Cub Scout leader. She was a member of Saint James Roman Catholic Church, Chatham. After her husband’s untimely death in 1984, she re-entered the work force as a photo researcher for Animals, Animals/Earth Scenes, a photo stock agency in Chatham, where she continued to enjoy her work for nearly 25 years.

She was predeceased by: her brothers, Harry, Frances James Blake and Paul Modleski; her sisters, Mary Stone and Rita Cox; and her stepmother, Clare Hughes Modleski.

She left a legacy of family, great love, and compassion. Her class and quick wit defined her and remained with her to the end.

The family extends their appreciation to the staff of Columbia-Greene Dialysis Center for the care and compassion given to Mrs. Young.

Calling hours will be held Friday, November 18, 2022 from 4 to 7 p.m. at the French, Gifford, Preiter, and Blasl Funeral Home, 25 Railroad Avenue, Chatham. Funeral services will be held at Saint James Roman Catholic Church, Chatham, Saturday, November 19, 2022, 10 a.m. In lieu of flowers, donations may be made to The Morris Memorial, P.O. Box 184, Chatham 12037. Condolences may be conveyed at frenchblasl.com.

He was born in New York City, August 10, 1931 to Albert and Sara Rapport. After a short sojourn in Palestine, now Israel, his father’s home country, the young family moved to Hudson in 1937. His father opened a legal office at 711 Warren Street and his wife worked in a dress shop. A few years later, the family moved to Great Barrington, MA, into the home where he grew up, on Mahaiwe Street. He had a wonderful childhood. Though an only child, his cousin Daniel Deykin lived around the corner and in later years, the two described themselves as brothers. He graduated from Searles High School, and then Yale College, Class of 1953. At Yale, he made close friends whom he cherished for life. After college, he served in Korea, then returned home in the spring of 1955. He then earned his law degree from Columbia Law School. In January 1956, while in law school, he met Marilyn Levitt, a beautiful Queens College graduate, who was working as an elementary school teacher in New York City. They dated that year and married December 23, 1956.

Upon graduation from law school, the couple moved to Hudson, NY. His mother died of a sudden illness in 1955. He brought life, love, and a keen intellect to his father’s law practice and the community. In January 1959, Mr. and Mrs. Rapport welcomed Sara, named for her grandmother, then Seth (1962), and then Daniel (1967). They built a lovely home on Riverview Boulevard, with views of the Hudson River, where friends and family often gathered for holidays, cookouts, anniversaries, birthdays and graduations.

Mr. Rapport had a long and successful law career, retiring in his mid-80s. His practice was varied—and gratifying. He did different kinds of legal work when that was still feasible, building an expansive network of clients and friends. He practiced with his father as Rapport and Rapport, and then later, with Victor Meyers, Carl G. Whitbeck and Thomas Griffen as Rapport, Meyers, Griffen and Whitbeck. Throughout his career, Teresa Slemp was his devoted assistant and friend. He was a member and officer of the Columbia County Bar Association, member and officer of the Hudson Lion’s Club, Board member of the Columbia Memorial Hospital, board member of Columbia-Greene Community College, trustee of Congregation Anshe Emeth, and in more recent years, chair of the Berkshire Taconic Community Foundation and board member of WAMC. For many years, he served as attorney to the Town of Greenport. In addition, he gave of himself in innumerable unofficial ways, offering his time, wisdom, legal and practical advice to many people.

In September 1996, Mr. and Mrs. Rapport moved to their beautiful new home in Churchtown. In addition to his regular projects around the house and town, he was an avid golfer and opera enthusiast. He loved NYC plays and shows and attended Tanglewood all summer. He played sharp-eyed bridge. He produced a robust tomato crop every summer and most recently was intrigued by orchid tending. Above all, He was devoted to his family.

He will be missed by many. A memorial service was conducted November 11 at Congregation Anshe Emeth. Interment followed at Ahavath Sholom Cemetery in Great Barrington, MA.

In lieu of flowers, donations may be made to the American Heart Association.