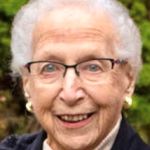 She was born to Harold and Anna Mae (Smith) Holmes on February 23, 1932 in Norwalk, CT, the second of two children. Her family settled in Copake in 1936. She was one of the 49 members of the Roeliff Jansen Class of 1949 and a 1953 graduate of the New York State Teachers College at Potsdam.

On June 21, 1953 she married George “Moose” Avenia at the Copake United Methodist Church. They purchased the former Brady home in Hillsdale where they cherished nearly 61 years of marriage before Mr. Avenia’s death in 2014. Over the course of their marriage, they operated the Hillsdale Barber Shop and the B&G Liquor Store, traveled extensively, and particularly enjoyed bowling, casinos, friends and events at the Oxbow Club, and wintering in Oro Valley, Arizona. She was a proud member of “The Club,” a group of local ladies who met monthly to play Pokeno, share funny stories, and support each other as life-time friends.

Mrs. Avenia taught kindergarten in Kinderhook, at the Roeliff Jansen (Copake School), and in the Taconic Hills School District. She was a member of the Hillsdale United Methodist Church.

Following Mr. Avenia’s death, she moved first to the Louis F. Payn Foundation (Payn Home) in Chatham and later to the Whittier Adult Home in Ghent. During those years she made many new friends (residents and staff, alike) and enjoyed hours of conversation, activities and card games.

In addition to her husband, Mrs. Avenia was predeceased by: her grandson, John Meredith; brother and sister-in-law, Robert and Jean Holmes; brother-in-law, John Avenia; and nephews, Jesse “Jake” Holmes and Roger Holmes.

A private burial will be held at the convenience of the family with the Reverend Karen Squires of the Hillsdale United Methodist Church officiating.

The family thanks the team at Columbia Memorial Hospital for their end-of-life care of Mrs. Avenia. In lieu of flowers, donations may be made to the Hillsdale Fire Department, 9387 New York 22, Hillsdale 12529.

Arrangements are with the Peck and Peck Funeral Home of Copake,. To send an online condolence visit www.peckandpeck.net. 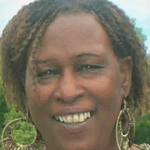 She was born November 3, 1957, to the late Dorothy Iona Crank and the late Gus (Jackie) Earl Cobbins.

She received her formal education in the Hudson City School District and graduated in 1975. She then received an associate degree in liberal arts from SUNY Delhi and later went on to further her education at Mildred Elley College. She then received an associate degree in criminal justice. She became a paralegal for the New York State Assembly under former Governor George Pataki. She worked at The Register Star for many years as the director of advertisement and then retired.

Due to her love for children, she returned to work and was employed with the Troy City School District in the transportation (Durham) department. She became a valued mentor and influenced the youth.

She accepted Christ early on in her life and was an active member of Shiloh Baptist Church. She enjoyed being in nature and devoted most of her time and energy to the well-being of her family.

CLAVERACK—Thomas R. Beck, Sr., of Claverack passed away Monday, October 31, 2022 at his residence.

Born in the Bronx to William and Ann (Thornton) Beck November 26, 1942, “Tom” was the father of three sons, Thomas, Jr., (Debbie) of Philmont, Andrew of Alabama, and Joseph, who predeceased him.

He was also predeceased by his brother, William and sister-in law, Alice.

He spent most of his years as a resident of Columbia County. He was a truck driver by trade and a longtime member of the Churchtown Rod and Gun Club. He was also a veteran of the U.S. Army. Besides his sons, he is also survived by his four grandchildren, Paige, Jacob, Cole and Hayden; his great-grandchildren, several nieces and nephews.

Funeral services will be at the convenience of his family. Consider a donation to a charity of choice in his memory. Arrangements are with the Bates & Anderson – Redmond & Keeler Funeral Home, Hudson. Visit www.batesanderson.com to leave condolences.