She was born November 5, 1941 in Poughkeepsie to Joseph and Viola (O’Dell) Cussick.

Prior to her retirement she was employed as a bookkeeper with the former Mutual Cut Flower Company in Poughkeepsie.

She was predeceased by her husband, Gilbert Duke Bastian and a son, Atila Bordas.

Funeral services were held November 18, 2022 at the Peck and Peck Funeral Home in Copake with Bruce Frishkoff from Our Lady of Hope Parish officiating. Interment was in Poughkeepsie. 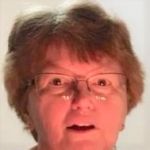 She was born October 27, 1944 in Troy, the daughter of the late Charles and Gloria (Gaylord) Williams.

She was predeceased by: her husband, Edward Sperl; brothers, Charles “Ray” Williams, David Williams and Nancy Klimek. A memorial Mass will be held Saturday, December 3 at 11 a.m. from the St. James Roman Catholic Church. Chatham. Inurnment will be in the Woodlawn Cemetery

In lieu of flowers, donations may be made to the Columbia-Greene Humane Society, 111 Humane Society Road, Hudson 12534. To leave online condolences visit wenkfuneralhome.com

Mr. Russell moved to Chatham when he was a teenager. He lived there for several years while he and his first wife, Rose Stabe Russell, raised five children.

He worked at Columbia Boxboard as a young man and partnered in Sun Dry Cleaners, Troy. He owned Ed Russell and Sons, where he specialized in foundations before changing to general contracting. He continued working into his early 80s.

He was a member of the Chatham Fire Department and the House of Praise.

He was predeceased by: his wife, Mary VandeBogart Russell, and his brothers, Francis “Sonny” Russell and Allen Russell.

There are no calling hours. Interment will be in Cedar Park Cemetery, Hudson. Arrangements are with Bates and Anderson – Redmond and Keeler, Hudson. 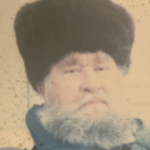 He married Erna Winter. She predeceased him February 26, 2021.

For more than 35 years until his retirement, he worked for as a cable splicer with Con Edison based in Manhattan.

He is survived by: Bettina (Hal) Cody of Germantown; his son, Conrad Misek of Massachusetts; along with extended family and friends.

Funeral services will be private, and interment will take place at St. Sylvia’s Cemetery in Tivoli.

Born in Hudson December 9, 1940, she was the daughter of the late George C. and Anne (McGuire) Twaddle. She was a ceramics teacher and operated C & R Ceramics in Philmont. She was predeceased by her beloved husband, Richard H. Ostrander in 2021. 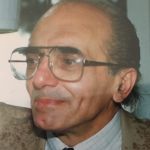 Born March 14, 1934 in Staten Island, he was the son of John and Connie Peteroy, both of Calabria, Italy, and later Staten Island.

After graduating from New Dorp HS in Staten Island in 1952, he served four years in the U.S. Air Force during the Korean War and then attended Pratt Institute on the GI Bill. Graduating from Pratt in 1961 with a degree in industrial design, he later became registered architect working in NYC for his career and raising his family in Brooklyn. In 2002, the Brooklyn Chamber of Commerce awarded him the Building Brooklyn Awards Winner for Industrial Design for his work with Sahadi Fine Foods. He also volunteered for many years on various boards in Copake. This past spring he and his wife celebrated 61 years of marriage, residing at their Sunset/Sunrise Bed & Breakfast in Copake.

A celebration of Mr. Peteroy’s life will be held in March 2023. 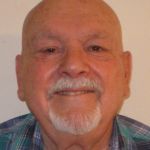 He was well-respected in the community for his involvement in the Ghent Town Board, his many years as a New York State EIT, part-time Sheriff’s Office deputy, long-standing member of the Free Masons; past master and district deputy of Columbia (Unity Lodge and Monumental Hudson Widow’s Son #7), leader at the West Ghent Reformed Church. More recently, he attended the Ghent Bible Baptist Church.

His many hobbies included going to car shows with his 1987 Monte Carlo Aero Coupe, collecting NASCAR memorabilia, antique guns, working on model replicas. He was very proud of his family history and researched genealogy dating back to the Mayflower.

Interment will be in the West Ghent Cemetery. Calling hours will be held November 30, 4 to 7 p.m. at the funeral home. Memorials may be made to the Ghent Food Pantry, Ghent 12075. To send online condolences visit wenkfuneralhome.com