CHATHAM—Beloved father and grandfather, George H. Blass, Sr. passed away November 2, 2022 at the age of 83.

He spent his early years of marriage working for the Modern Doll Furniture Company. After leaving there, he started his own logging business.

He spent many hours working in the woods. After work, he enjoyed hunting. He was an avid hunter and fisherman. He retired from the logging business and took up small engine repair. He worked on and repaired lawn mowers for local residents. It became his favorite pastime.

Mr. Blass was predeceased by his wife of many years, Mary Blass; his brothers, Raymond, Chester, Robert and his sisters, Lillian and Rose.

He will be greatly missed by everyone who loved him.

Condolences may be conveyed at frenchblasl.com 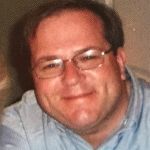 ALBANY—Sean P. Lally of Kinderhook passed away November 3 at St. Peter’s Hospital after a brief illness.

He was a member of a prominent family from Kinderhook with a long history of providing legal services in the Hudson Valley. He was 55.

He joined his father, a graduate of the U.S. Naval Academy, at Lally & Lally until his father’s death in 2004.

He served as an assistant district attorney in Columbia County, just as his father did.

An alumnus of the University of Vermont, he received his JD from Ohio Northern University in 1992 and was admitted to New York in 1993, Maryland 1993, U.S. District Court Northern and Southern Districts of New York.

Earlier in his career, he was counsel to Senator Martin Golden of Brooklyn.

Mr. Lally was a member of the Columbia County and NYS Bar Associations.

Visiting hours will be held Saturday, November 19 from 10 a.m. to 1 p.m. at the Raymond E. Bond Funeral Home.

In lieu of flowers, the family requests donations be made to the Margaret F. Lally Scholarship Fund at the Garden Club of Kinderhook, P.O. Box 373, Kinderhook 12106-0373.

GREENPORT—Melinda Miller Munz, 66, of Greenport passed away Thursday, November 3, 2022. Born in Hudson, May 2, 1956, she was the daughter of Clyde and Shirley (Burch) Miller.

She was married to Frank Munz from 1976 to 1994. To her delight, this marriage gave them one child. Although they divorced, with time they became great friends.

She grew to love her son Jason’s longtime love, Elaine Tucker and her daughters, Lula and Ellie. She was an animal lover and always had many pets. Her best childhood years were in Millerton, where her parents owned the Village Diner and the Dairy Queen, also her time at Ockawamick Central School. She made friends everywhere she went, and those friends stayed in her heart forever.

Left to cherish her memory are: her son, Jason Munz of Germantown; sister, Marceinda Lopez of Chicago; brother, Clyde Miller, Jr., of Millerton; half-sisters, Tina Wolfe of NC and Lisa Miller of NY and half-brother, Brian Miller of NC. In addition to her parents, she was predeceased by her sister, Shirley Miller.

Memorial visitation time at the Bates & Anderson-Redmond & Keeler Funeral Home will be Saturday, November 12 from 11 a.m. to 1 p.m. 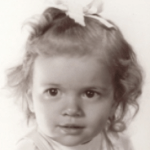 Born October 11, 1946 in Cobleskill, she was the daughter of the late Hugh and Elizabeth (Graves) Pangman.

For many years, she worked as a secretary and bookkeeper with F & W Concessions based in Rhinecliff. Previously she worked at Jane Knobloch Real Estate.

Ms. Burhans is survived by: her son and daughter-in-law, William and Althea Burhans, III, of Germantown; grandson, Damion Kalimeras and great-grandson, Cooper Kalimeras of Rhinebeck, along with extended family and friends.

Her son, Timothy H. Burhans, and her sister, Carol Lehmann predeceased her.