CLAVERACK—Frank R. “Pops” Clegg, 88, of Claverack passed peacefully at his residence with his family by his side, Wednesday, November 2, 2022.

Mr. Clegg was employed for more than 36 years with the Columbia County Department of Health as a sanitation inspector.

He was a United States Army veteran having served stateside during the Korean War.

Known for his quick wit and sense of humor he enjoyed spending time with his family and attending all of his grandkids sporting events through the years.

He was a volunteer youth baseball coach from Little League through Babe Ruth levels, an avid hunter and fisherman, a member of the Philmont Rod and Gun Club and the Cat and Coon Club. A sports enthusiast, he was a devoted fan of the New York Yankees and the New York Giants. Later in life he enjoyed a round of golf with family and friends.

Friends are invited and may call Sunday, November 6, 2022 from 2 to 4 p.m. at the Peck and Peck Funeral Home, Route 22, Copake. Private interment services for family will be held November 7 in the Ghent Union Cemetery.

In lieu of flowers the family requests that memorial contributions may be made to a charity of one’s choice. 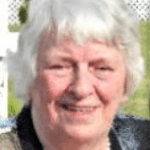 Born April 9, 1932 in Mount Kisco, she was the daughter of the late William Lane and Edna Terwilliger (Sisson).

She grew up and attended school in Pleasantville, where at the age of 12, she met the love of her life and eternal soulmate, George Van Sise. George and Edna were inseparable and their love for one another flourished as time passed. February 25, 1950 in Mount Pleasant, they exchanged their vows and one passionate kiss, which lead to 72 years of marriage; 7 decades and 2 years of laughter, 864 months of happiness, 26,295 days of wisdom, and most importantly 631,128 hours of memories. Mr. Van Sise survives at home.

Mrs. Van Sise loved wearing matching shirts with her husband, collecting dolls, rescuing chihuahuas, gardening, trips to Lake George, spending time and holidays with family, raising and fostering children and being the best mother, grandmother, great-grandmother and kind-hearted, caring and compassionate woman she could ever be. She will never be forgotten and will be truly missed by many.

A funeral service was held Saturday, November 5, 2022 at the Peck and Peck Funeral Home, Pine Plains with Pastor Rick Totten officiating. Interment followed at Irondale Cemetery, Millerton. In lieu of flowers, memorial contributions may be made to Hudson Valley Hospice and Northeast Baptist Church. 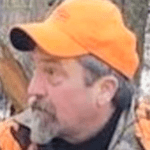 Mr. Mabb of Kinderhook, loved his family and writing music. He was the leader of The Black Rose Band.

He loved to go fishing, and telling a good story. He would help anyone who needed it. He was the youngest of 13 children and was the last of his line.

He is survived by: his children, Christene (Mabb) Smart, Roland Jay, Jr. (Tracy) and Duane (Carrie); several nieces and nephews; seven grandchildren and 10 great-grandchildren. There are no services planned. Memorial donations may be made to the American Wildlife Foundation. Arrangements are under the direction of the Raymond E. Bond Funeral Home, Valatie.

Born June 24, 1953 in New York City, she was the daughter of the late James Sidney and Agnes Rose (Caulfield) Simpkins. She married Jack Willoughby May 15, 1999 at the Church of the Incarnation in Manhattan.

For many years and until retirement, she worked as a paralegal for such firms as Reid & Priest, and Schulte Roth & Zabel finishing her career at Legal Aid.

She lived to sing, act and entertain. She particularly enjoyed working in the Blue Hill Troupe, St. Bart’s Players and attending the annual International Gilbert & Sullivan festival in Buxton, England, where she performed many roles to public acclaim. For many years, she was a prime soloist at St. Paul’s Trinity Church in Tivoli. She was known in New York City and Germantown as a gracious hostess, always ready to pitch in and make others comfortable.

In addition to her husband, Jack, she is survived by: her brother, James Simpkins of Seattle, WA, his wife Eileen, nephews, Christopher and Brian, and leaves many friends both in New York City, upstate, and in England.

Donations may be made in her memory to the St. Bart’s Players, the Blue Hill Troupe, or to the Brain Tumor Network in Florida.

She was born March 31, 1925 in Woodbridge, England to William and Alice (Blowers).

A housewife, she was a longtime member of the Church of St. John in the Wilderness in Copake Falls.

She was predeceased by her husband, Lewis Thomason Baker.

She is survived by her son, Jeffrey Baker of Copake.

A memorial service will be held Wednesday, November 9, 2022, 11 a.m. at the Peck and Peck Funeral Home, 8063 State Route 22 in Copake. The Reverend John Thompson of the Church of St. John in the Wilderness will officiate.

Interment will be private. To send an online condolence visit www.peckandpeck.net.