CASTLETON—Samuel Anthony Gamello, Jr., of Castleton passed away at home in the presence of his family at the age of 71 after a brief illness, November 11, 2022.

After moving to Castleton, he graduated from Maple Hill High School and attended college in Utica and SUNY Albany. He married his high school sweetheart, Joanne Colasurdo, and they celebrated 48 years of marriage prior to his death.

He worked as a store director for Price Chopper and Hannaford before branching off on his own and establishing Olde Kinderhook Appraisal Service where he served as a real estate appraiser for the past 25 years. During this time, he expanded his business to include his two sons. Mr. Gamello was proud to work alongside his children and proud of the relationships he built with the local realtors and lenders.

He enjoyed being outside in the sun, planting and landscaping his yard. He liked to watch the Yankees even though “they’re bums.” He enjoyed taking drives with his wife and visiting Turning Stone Casino, but his favorite hobby and the one that gave him the most joy was pestering and spending time with his seven grandchildren. From watching their ball games to playing with their toys when they were away, “Poppi,” always had a way to put a smile on their face.

Just like he dealt with all experiences in life, he managed his illness with a quiet strength and resolve that stood true to his character as a husband, father, grandfather, brother and friend. Calling hours and the funeral were held November 21 from 4 to 6 p.m. at the Raymond E. Bond Funeral Home, Valatie. The burial service was held November 22, 2022 at New Sacred Heart Cemetery, South Old Post Road, Castleton with Father Thomas Krupa officiating. In lieu of flowers, send donations to The Community Hospice Foundation, 310 South Manning Boulevard, Albany. 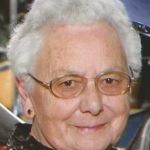 She was born January 2, 1937 in Hudson, to Frances and William DeGrosso.

She graduated from Roeliff Jansen Central School in 1955. In the same year October 8, she married Brandt Nelson and together they enjoyed 67 years of marriage. She worked for many years at Roe Jan and later for Taconic Hills school as a cook before becoming a bus monitor. She taught Sunday school for many years at the Hillsdale Methodist Church, where she was a longtime member. She loved to be around people and loved to vacation with her husband enjoying many cruises and road trips. She was an avid pet lover. Christmas was her favorite holiday. This was when she would host Christmas morning breakfast for all of her family. She took great pride in her children, grandchildren, great-grandchildren and was a foster parent to many children, some who still came to visit her. She was a nanny to not only to her family members but to the various friends of her grandchildren as well.

Memorial contributions may be made to a local chapter of the American Cancer Society.

He is survived by: his loving family, Jacqueline Dalton, who he lovingly referred to as “Wifey”; his sons, Corey, Justin, Kyle Dalton and David Cowles; daughters, Dakota and Brandy Dalton; cousin, Richard Johnson and his son Brandon; cousins, Terry and Veronica Johnson and Lee Fingar; many caring friends including, Stella Cowles, Lauren, Bill, Nick McMann, Mike, Kevin, Dave and Janessa, Wally the Welder and Bill Kuzmiak.

Mr. Dalton was employed at McKecknie Packaging in Philmont for a number of years. He also worked at Universal Forest Products in Hudson, and Dunkin Donuts in East Greenbush as well as Gro Max in Philmont. He was very caring, sweet and took the shirt off his back for anybody who needed it. He loved his family very much. He loved to ride his bike and wagon and didn’t want to go anywhere without it.

“I’m the one you want to talk to,” he’d say, “because I plan on riding my bike back to Florida.”

“May you rest in peace Mohawk Al. You will be sorely missed and will remain in our hearts and minds always and forever. Rock on.” Funeral service were held November 21 from the Wenk Funeral Home Chatham. Interment was in the Ghent Union Cemetery. For online condolences visit wenkfuneralhome.com

EAST CHATHAM—Joseph C. Pulver, 71, of East Chatham passed away November 18, 2022 at home in the presence of family.

He was born July 8, 1951 in Hudson to the late George and Geraldine (Yeaw) Pulver. He was also predeceased by his brother, George Pulver.

He is survived by: his wife, Deborah; sons, Devin and Joseph (Jackie); daughters, Sabrina (James) Svensson and Tiffany (Joseph) Zanotelli; cousin, Cherie Rogers; his four grandchildren, Hunter, Addison, Kaylin and Liam; several nieces and nephews. No funeral or memorial service are immediately planned. In lieu of flowers, donations may be made to North-East Kidney Foundation, 22 Colvin Avenue, Albany 12206. Arrangements are with the M. Grimaldi Funeral Home, Chatham.

HUDSON—Dena L. Zola, 75, of Hudson passed away surrounded by her family Monday, November 14, 2022. Born March 16, 1947 in Hudson, she was the daughter of late Edward Wilt and Helen Smith, and was lovingly raised by Helen and stepfather, Nicholas Drabick.

She was a devoted wife, mother and friend. She worked for more than 20 years as teacher’s aide in the Hudson City School District.

She was predeceased by the love of her life, Stephen J. Zola. She will be greatly missed by: her daughters, Elizabeth Zola, Jennifer Zola-Spooner (Jack) and Christina Zola (Nicholas Bisceglia); sister, Debra Gallo and her daughter Molly Gallo; many nieces, nephews and many more family and friends.

There are no visitation hours. A Mass of Christian Burial was celebrated November 18 from Holy Trinity St. Mary’s Parish in Hudson. Interment was in Cedar Park Cemetery. In lieu of flowers, memorial contributions may be made to AnimalKind, 721 Warren Street, Hudson. Arrangements were with the Bates and Anderson – Redmond and Keeler Funeral Home, Hudson.

HUDSON—Grant “Buddy” Pfeil passed peacefully Tuesday, November 15, 2022 surrounded by his family in his last days on this earth.

He was predeceased by his parents, Harry and Sarah Pfeil; his siblings, James, Barbara and Karl (Carolyn) Pfeil.

He retired after 32 years as a New York State Corrections Officer. He worked at Meadowgreens Pro Shop for 25 years, and served honorably in the U.S. Army from 1954 to 1957. He was a lifetime member of the Hudson Elks Lodge #787, an avid golfer and was a part of the Northeastern Golf League. He is in the Columbia County Basketball Hall of Fame. A lover of sports, he was an amazing human being with a fabulous smile and twinkle in his eye. He was someone everyone wanted to be around and he had an amazing ability to make people feel good about being themselves. Anyone in his presence was the center of his universe in that moment and he made sure they knew he thought they were amazing. A Mass of Christian Burial was celebrated November 21 at St. Nicholas Ukrainian Catholic Church. In lieu of flowers the family asks that donations be made to The Community Hospice of Columbia/Greene.

Arrangements were with the Bates & Anderson-Redmond & Keeler Funeral Home, Hudson.

He worked for Flanders Precision of New York until his retirement. He was predeceased by a sister, Tina L. Rucker. He will be missed by: his sons, William C. VanAlstyne, III, Cory Lee VanAlstyne; his brother, Roger L. VanAlstyne; sisters, Patricia A. VanAlstyne, Nancy L. Richardson and Donna J. VanAlstyne; his five grandchildren; several nieces and nephews; stepdaughter, Jessica and his former spouse Brenda.

He was loved by many and will be remembered by all.

There are no calling hours. Memorial services will be announced when completed. Arrangements are with the Sacco Funeral Home, Greenport.

Born in Mio, Michigan, he was the son of John and the late Della Miteen. He was a train enthusiast who especially enjoyed steam engines and how they worked. He was a collector of guns and enjoyed good bourbon and barbecue. He was a mechanic by trade working for several places over the years including his last job with the Town of Chatham Highway Department. He was quick-witted and was known to play a joke or insert a wise crack at the perfect time.

A celebration of life will be held December 10, 2022 from noon to 4 p.m. at the Nassau Firehouse, 26 Chatham Street, Nassau. Arrangements are with the Thomas P. Mooney Funeral Home, Nassau.

COPAKE—Corinne “Reenie” Frances Stickles, 56, of Copake passed away Friday, November 18, 2022 with her family by her side after a courageous eight-year battle with cancer.

She was born November 22, 1965 in Hudson, a daughter of the late Richard and Frances (Scholz) Stang.

She was a graduate of Taconic Hills Central School in 1983 and later enjoyed a 27-year career there as a teaching assistant. She had a huge impact at Taconic Hills and was instrumental in keeping many children in school until graduation with her support and guidance.

She was a lifetime member of the Copake Fire Company Auxiliary and previously attended St. Mark’s Episcopal Church in Philmont. She was a volunteer with many organizations while her children were growing up, including both the Girl Scouts and Boy Scouts. She also enjoyed an occasional visit to the Saratoga and Rivers casinos with family and friends. Most of all she liked spending time with family and friends.

The family extends a special thank you to all that have assisted them through Mrs. Stickles’ illness, especially Krista, Heather, Lucy Ann, Joan and Julie.

A Celebration of Life will be held Sunday, December 4, 2022 from 1 to 3 p.m. at the Hillsdale Firehouse, Route 22 in Hillsdale. A Service of Remembrance will commence at 3 p.m.

She was a true lover of dogs. In her memory, kindly consider a contribution to Everlasting Hope Rescue, 180 Prach Road, Hillsdale 12529. 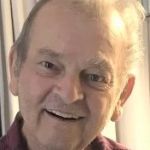 GHENT—Carl E. Collins passed away November 20, 2022 at the Ghent Rehabilitation and Nursing Center surrounded by his family.

Born October 14, 1947 in Hudson, he was the son of the late John Sr., and Lurline Greenleaf Collins.

He resided in East Chatham and graduated from Chatham Central Schools. After graduation he worked for Columbia Box Board until it closed in 1995.

Mr. Collins was a sports enthusiast favoring the Red Sox, Yankees and Giants. He enjoyed music, especially Celine Dion and Kenny Rogers and he looked forward to his Dairy Queen visits. He was devoted to God and Jesus and he dearly-loved his family.

He was predeceased by his brothers, Cricket Collins and John Collins, Jr.

Family will receive friends Sunday, November 27 from 4 to 7 p.m. at the French, Gifford, Preiter & Blasl Funeral Home, Chatham, where services will be conducted Monday, November 28 at 11 a.m. Interment will follow at the Cemetery of the Maples.

In lieu of flowers, the family has requested memorials be sent to the Whittier Assisted Living, 30 Whittier Way, Ghent. Condolences may be conveyed at frenchblasl.com.

COPAKE—There will be a Special Copake Town Board meeting, Saturday, November 26 at 10 a.m. to remember and honor Larry Proper. This meeting is open to the public and following a short ceremony refreshments will be served.