Born November 5, 1927 in Hudson, he was the son of the late Clyde and Dorothy (Voss) Leggett. He grew up on his family’s farm in West Ghent, graduated from Hudson High School and worked for Niagara-Mohawk Power Company in Hudson.

In his younger years he liked to fish, hunt big game and vacation on Cape Cod. He was past president of Becraft Pumper Co. #2 of the Greenport Fire District. He enjoyed visits with his grand- and great-grandchildren.

A Mass of Christian Burial will be celebrated Friday, December 2, 2022, 11 a.m. from St. John the Baptist Church in Valatie. Visitation hours will be held Thursday, December 1, 2022 from 6 to 8 p.m. at the Raymond E. Bond Funeral Home, Valatie. Burial will follow at West Ghent Cemetery. In lieu of flowers, contributions may be made to the Becraft Pumper Co. #2, 257 County Route 14, Hudson 12534.

Born in Hudson June 29, 1949, she was the daughter of the late Leroy and Jenny (Bialoskurski) VanDeusen.

She was a bus driver for Pat Zanchelli, Inc., until her retirement.

She is survived by: two sons, Michael Szlachetka and his fiancee Tanya of Germantown, Matthew (Celesta) Szlachetka of Chatham; two brothers, Walter and Rick VanDeusen and her sister, Linda VanDeusen.

There are no services scheduled. Arrangements are with the Sacco Funeral Home, Greenport. 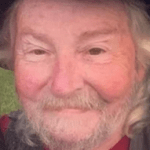 He was a graduate of North Salem High School, Class of 1967. He then honorably served in the United States Navy from 1968 to 1971. He was an accomplished carpenter, painter and furniture maker. He was a talented and skilled musician who loved to entertain family and friends.

Visitation at the Bates & Anderson-Redmond & Keeler Funeral Home, Hudson will be held Thursday, December 1 from 2 to 5 p.m. 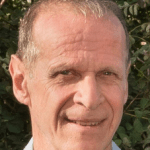 He was born June 5, 1950 in Great Neck, to Rhoda and Harold Mokotoff. He graduated from the Loomis School and the University of California Berkeley, where he studied expressive art and photography.

For more than 40 years he studied, collected and dealt in the art of South and Central Asia, including Tibetan art and ritual artifacts, ancient and imperial Chinese textiles, Indian and Nepalese art. He had far more than an appreciation of the visual appeal; as a practitioner of Buddhism, he also understood the doctrinal content and devotional significance of the objects he handled.

He maintained his own Asian art gallery in New York City from 1980 to 2003. As a collector and art dealer, Mr. Mokotoff brought his knowledge of the history behind the art and its creators to museums and private collections around the world.

He married Huiyun Wang in 1985 and together they raised their beloved daughter, Sophia in New York City. In 2015, he married Claudia Coenen, adding to his family—children, sisters and brothers and, much to his delight, grandchildren.

Among his many qualities, he was a compassionate eccentric. He delighted in the unusual and the arcane, both philosophical and material. He always helped underdogs and was a generous, silent patron of monks, monasteries, nunneries and causes near to his ideals. He will be dearly missed.

Contributions in his name may be made to the Hudson River Sailing Community, which develops leadership and academic success in underserved New York City youth through sailing education.

Cremation took place under the care of Simple Choices, Inc.

To leave a message for the family visit SimpleChoicesCremation.com.