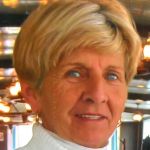 Born June 13, 1942 in Albany, she was the daughter of the late Francis Sylvester Jones and Ruth Frances Kinnicutt Jones. She was a graduate of Catholic Central High School in 1960 and moved with her four children to Chatham in 1970. There, she proudly bought a 10-acre farm where she could fulfill her dream of raising horses and giving her children a more rural upbringing. She was a school bus driver for the Chatham Central School District for 25 years until her retirement in 2002.

She had a lifelong relationship with her Lord and Savior Jesus Christ. She lived a life blessing others with her many talents. She owned and ran a perennial nursery business on her property for years. She was a talented artisan spending her time painting, sewing, embroidering, quilting and knitting for her family. She was a writer of poetry and a published author of short story books based on her grandchildren. She was a wonderful cook and baker. Feeding the ones she loved gave her great pleasure. But most of all she was the rock of her entire family. She was a wonderful daughter, loving mother, doting grandmother and dedicated friend.

A memorial service was held at Wenk Funeral Home, 21 Payn Avenue, Chatham, December 12. Immediately following she was laid to rest at St. Patrick’s Cemetery, Watervliet in the family plot next to her parents. For online condolences visit wenkfuneralhome.com

Born November 7, 1950, he was the son of Helen Sophie (Bondarchuk) Jennings and the late Herbert E. Jennings, Sr. He was an avid outdoorsman and hunter. Many knew him by the name “Butch.”

After retiring, he spent most of his time doing what he loved—hunting, fishing, and gardening. Anyone who knew him, knew about his homegrown, gorgeous hand-picked bouquets of flowers and the over abundance of vegetables he would grow, just to give away to anyone who would eat them. He would never let a penny go to waste and would never accept something as being broken unless he had “fixed it one too many times.” He was a wonderful father, grandfather and great-grandfather. In his later years he enjoyed the company of all his children, grandchildren and great-grandchildren and made sure to leave them all with special memories of him throughout their lives.

Calling hours will be held Thursday, December 15, 2022 from 10 a.m. to noon at the Sacco Funeral Home, 700 Town Hall Drive, Greenport. Services will be at noon at the funeral home. Burial will be in Copake Cemetery, 1669 County Route 7A, Copake.

Born in Santa Monica, CA, November 28, 1926, she was the daughter of the late Robert L. and Margaret L. (Gray) Hawthorne.

She was a chemical engineer for Ameron, as well as Bechtel Corporation. She is survived by: three sons, Warren, Paul and Steven McKay. Her brother, Robert Hawthorne, died previously. Funeral arrangements with the Sacco Funeral Home, Greenport are private. 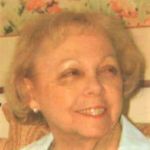 She was born in Pittsfield, MA, July 5, 1933, she was the first daughter of Edward C. and Mildred E. Beaupre’ Chapman. The family moved to Canaan in 1937. She graduated from Chatham High School in 1951. Awarded a full-tuition scholarship to Miss Herbit’s Pittsfield Secretarial School, she graduated as top student and remained fully-employed as an executive secretary from 1952 through 1994.

She was predeceased by her second husband, Eugene K. Steele in 2005. They were married in 1980. Her first husband, Donald E. Price, whom she married in 1954, passed away in 1966. She leaves: two sons, Jeffrey W. Price (Jacqueline) of Pittsfield, MA, Douglas E. Price of Cold Springs; step-daughter, Marlene Doyle (Peter Fruet) of Pittsfield; step-son, Gregory Steele (Diane) of Sarasota, FL; many grandchildren and great-grandchildren. She also leaves her sister, Ginger Leavenworth of Pittsfield, MA, and her brother, David (Liz) Chapman of Chatham. A special thanks to the staff at Mt. Carmel Rehabilitation Center in Lenox and Doreen Jewell for her loving care. A memorial service will be held Monday, December 19, 2022, noon at the Dwyer-Wellington Funeral Home in Dalton, 525 Main Street, across from the Congregational Church. Burial will follow at Ashuelot Cemetery. There will be an hour of visitation at the funeral home prior to the service, from 11 a.m. to noon. In lieu of flowers, donations may be made to the First Congregational Church in Dalton, MA. To leave condolences and remembrances visit www.dwyerfuneral.com.

Born March 6, 1947 in Cohoes, she was the daughter of the late Walter Barber, Martha (Williams) Garceau and Alfred Garceau. “Judy” was a loving wife, mother and “Nana” and loved spending time with her family. She enjoyed music, dance and genealogy.

Graveside services will be held Saturday, December 17, 2022 in Memory Gardens, Colonie. Visitation hours will be Friday, December 16, 2022, 4 to 6 p.m. at the Raymond E. Bond Funeral Home, Valatie. In lieu of flowers, contributions may be made to the Alzheimers Association, www.act.alz.org.

HUDSON—Constance “Connie” Near passed away comfortably Wednesday, December 7, 2022 at Columbia Memorial Hospital after a brief illness, in the care of Columbia-Greene Hospice.

On February 16, 1947, she married the love of her life, Alfred “Butch” Near. They were married for 48 years until his passing in 1995. After their marriage, Mrs. Near became a homemaker and supported her husband in his career on his family’s farm. When Mr. Near was elected Town of Copake Supervisor, she became the bookkeeper for the town, until her retirement.

She was active in many local organizations. She was a longtime member and supporter of the Copake United Methodist Church and served on its Board of Trustees; a member of the United Methodist Church Women’s Group and volunteered for many years in the church’s Bargain Shop. She was a longtime member and past president of the West Copake Fire Company Women’s Auxiliary, the Copake Republican Club, Roeliff Jansen Alumni Association and the Roe Jan Historical Society. She was one of the founders of the Copake Girls 4H Club.

In her spare time, Mrs. Near enjoyed gardening (and hand to hand combat with woodchucks and chipmunks threatening her garden), puzzles, sewing, knitting, crocheting, enjoying her family and being a “Nana” and “Grandnana.” When her granddaughters, Meredith and Amanda’s were younger, she spent many special times with them at her house. She also enjoyed her shenanigans with her grandsons, Steven and Joseph, which will remain their secret and which their parents are better off not knowing.

She is survived by: her daughter, Sandra (Adam) Nartowicz of Claverack; her son, Jan (Marie) Near of Copake Falls; her grandchildren, Meredith Hummel (Cary Feltman) of Westerlo, Amanda Hummel (Ian Solomon) of Claverack, Steven (Missy) Near of Claverack, Joseph (Burke) Near of Moon Township, PA; great-grandchildren, Hazel Downs, Henry Downs, and Inez Solomon. She is also survived by her sister, Doris McGeary of Hollowville, and several nieces and nephews.

In addition to her husband, she was predeceased by her brothers, Robert Rossman, Richard Rossman, and her sisters, Augusta Rossman and Laura Rossman.

“We love and miss you, and we will see you on the other side.”

In lieu of flowers, Mrs. Near requested donations be made in her name to the Copake United Methodist Church, Community Hospice of Columbia/Greene, 47 Liberty Street, Catskill 12414 or the charity of one’s choice.

CLAVERACK—Jean March, 87, of Claverack passed away peacefully Wednesday, November 30, 2022 at her residence. Born October 19, 1935 in Brooklyn, she was the daughter of James and Pauline (Polasky) Lahain.

She was a member of the Golden Agers and enjoyed her weekly lunches with friends. She loved sewing, was an expert archer, and would occasionally enjoy a casino trip.

She is survived by: her children, John Duntz, Marilyn March and Samuel March, III, along with Kenneth March, Paul March, Diederick March and Donna Rich; 13 grandchildren, several great-grandchildren, and her siblings, Joyce and Jimmy Lahain and Edward Murnane. In addition to her parents, she was predeceased by her son, Douglas.

Funeral services at the Bates & Anderson-Redmond & Keeler Funeral Home, Hudson, were held December 6. Interment was in the Mt. Pleasant Reformed Church Cemetery in Greenport. Contributions in her memory may be made to the American Cancer Society. 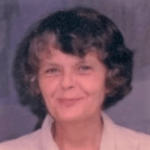 Born January 24, 1948 in Rhinebeck, she was the daughter of the late Garrett and Laura (Rifenburg) Keesler.

She worked in environmental services at the Hudson River Psychiatric Center in Poughkeepsie for several years. After her retirement, she worked at the Red Hook Hannaford Supermarket for a few years.

She enjoyed spending her time fishing in Vermont, traveling to Arizona often and going to the casino.

She is survived by her children, Sue (Dean) Hapeman of Elizaville, Jessica Baker of Ocala, FL, Kim (Bryan) Perry of North Adams, MA, and Frank Baker, III, of Ogdensburg; her grandchildren, Brooke, Jordan, Lauren, Darrien, and Morgan; her brother, David Keesler of Valrico, FL, and extended family and friends.

She was predeceased by her husband, Edward Montross December 17, 1991, and her good friend, Howard Petrick.

Memorial donations may be made in Mrs. Montross’ memory to the Columbia-Greene Humane Society.