A memorial service will follow at 3 p.m. in the funeral home chapel with the Reverend Burt Lorenz officiating.

She is survived by: her sons, Jeffrey M. (Kirsten) Maynard of Elcajon, CA, and Jonathan W. Maynard of Snellville; daughter, Gina T. Maynard of Winder; brothers, Paul (Mary Elizabeth) DeWinter of Naples, FL, and Ben (Sheila) DeWinter of Boston, MA; grandchildren, Andrew Maynard and Jase Maynard. In lieu of flowers, the family requests donations be made to the American Cancer Society in her honor. STUYVESANT, FALLS—Maria L. Yezzi, age 59, of Stuyvesant Falls passed away peacefully December 21, 2022 at home with her family by her side after a very brief, but valiant battle with cancer.

She departed this world with amazing grace and dignity; her mother holding her hand until she took her last breath. The day was cold, but the sun was warm, the sky was bright blue, and the winter birds were singing. One could not ask for a more beautiful day to make the journey to Heaven.

She was born January 5, 1963 in Albany to Audrey S. Yezzi and the late John T. Yezzi. She moved to the Valatie area with her family as a young child. She was a graduate of Ichabod Crane High School. After graduating from high school, she pursued her associates degree in business from the Sage College of Albany. After graduating, she accepted a position as a secretary with a local law firm which had a few name changes over the years but is now known as Hodgson Russ LLP. She was so highly regarded in the firm that she was eventually promoted to a paralegal position. She gave more than 30 years of service with Hodgson Russ.

She enjoyed spending time with her family and having adventures with her love, Rob. She loved taking trips to Marblehead with her mother, daughter and granddaughter. Over the course of her life, she discovered that she had a marvelous “green thumb.” She also had a knack for interior design.

Anyone who knew her, knew she had a beautiful heart. She was kind, compassionate, and empathetic; three attributes not all are fortunate to be blessed with.

In lieu of flowers, donations can be made to The Community Hospice at givetocommunityhospice.org

He was predeceased by his parents, Maria Dejoy and Carl Scalera as well as his sisters, Rose Allen, Anna Alonge and Laura Zitto.

He was a proud veteran of the United States Army having served in Korea. He was a lifelong resident of Hudson and worked at the Columbia County Highway Department. He was extremely proud of his Italian heritage and never missed a chance to tell you so. “He could always be seen with red wine and Sprite along with a cheeky cigar.” While he was a man of few words, no one doubted the love and devotion he had for his family. He will be forever missed.

Born July 31, 1961 in Hudson, he was the son of the late Henry and Margaret (Gronbach) Minshell of Valatie. He was a United States Air Force Veteran. He enjoyed spending time with his best friends, Bob Stonner and Bill Zeyak.

Besides his mother, he is survived by his brother, Scott Minshell and was predeceased by his sister, Susan Minshell.

Funeral services will be at the convenience of the family. Memorial contributions may be made to the Columbia-Greene Humane Society, 111 Humane Society Road, Hudson 12534. 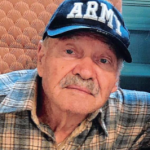 He was born in Reims, France, December 17, 1937, the son of the late Antoine and Sophie Raczynska Polacinski. He was educated at the LaSalle Institute in France where he studied shop mechanics.

He emigrated to the United States of America and was a U.S. Army veteran of the Vietnam War. After settling in Springfield, MA. he later moved to Pittsfield, MA, for work and started his own tool and die business in 1966.

He moved to West Lebanon in 1970 with his family and began the MC Mold & Tool, Inc. with his wife, Celine. They operated the business until 2020, when Mr. Polacinski retired at the age of 82.

He was an active communicant of the Immaculate Conception Church in New Lebanon, where he was a member of the Knights of Columbus.

He loved hunting and fishing and gardening around his home. He also loved soccer and played both in France and in the United States.

He was the beloved husband of Celine M. Levesque Polacinski whom he married June 28, 1958; devoted father of Remy A. (Cynthia A.) Polacinski of East Chatham, Christian E. (Isabelle M.) Polacinski of West Lebanon, Gary M. (Kelly B.) Polacinski of Delmar and the late Edward Paul Polacinski; proud grandfather of Rachel, Alexander, Michelle, Evan, Aidan and Liam; great-grandfather of Matty, Sawyer, Anthony, Basil and another great-grandchild on the way; brother of the late Stanley Polacinski and Sonia Marchetti. He is also survived by several nieces and nephews.

Relatives and friends may call at the Hall & Higgins Funeral Home, 457 State Route 43, Wednesday, December 28 from 11 a.m. to 12:30 p.m. A Mass of Christian Burial, celebrated by the Reverend John Close, will follow calling hours Wednesday, 1 p.m. at the Immaculate Conception Church, 732 U.S. Route 20, New Lebanon. Interment with Army military honors will follow in the Cemetery of the Evergreens in New Lebanon.

A Memorial Mass of Christian Burial is being planned at St. Bridget’s/Our Lady of Hope Church in Copake Falls. Arrangements are incomplete and will be announced. There are no calling hours. 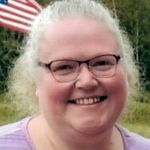 STUYVESANT—Christine Nicole Jensen of Stuyvesant went to be with her Lord, Sunday, December 25, 2022 at home. She was born September 7, 1974 to Robert Jensen and the late Elizabeth Ann Webb Jensen.

She attended Ichabod Crane High School after which she attended and graduated from Hudson Valley Community College. She worked for Hudson River Bank for many years and for Trustco Bank. She was presently working for Columbia County Real Property. She was a member of St. John’s Lutheran Church of Stuyvesant, where she worked with the Sunday school. She was a huge Disney fan and a member of the Disney Vacation Club. She helped plan and always enjoyed her many trips to Walt Disney World. She also enjoyed her many vacation trips to Minnesota to visit relatives. She always had a smile and was always ready to help in any way she could.

Ms. Jensen is survived by: her father, Robert Jensen of Stuyvesant. She was predeceased by her mother, Elizabeth Ann Webb Jensen and her sister, Tracy Elizabeth Jensen. There will be no calling hours. There will be a celebration of her life at a later date. In lieu of flowers, donations may be made to St. John’s Lutheran Church of Stuyvesant, 159 Route 26A, Stuyvesant 12173.

HUDSON—Bert E. Beebe, 71, of Stockport passed away Thursday, December 22, 2022 at the Firefighters Home.

He is survived by: his brothers, Eric (Heather) and Keith (Marjan), both of Kinderhook; two sons, Jake of Albany and Cory (Jessica) of New Port Richie, FL; and two granddaughters, Alana and Amaya of New Port Richie.

He is also survived by his former wives, Beverly Lockwood of Hudson and Regina Buschmann of Albany. He was predeceased by his parents, James and Mary Beebe of Stockport.

Mr. Beebe worked for his family’s construction company, Beebe Enterprises for many years. He enjoyed camping in the Adirondacks, and he loved playing golf, fondly recounting playing on a PGA course with his son, Cory. He was also a lifelong Yankees fan. He lived in Stockport his entire life and was a long-time member of the Stockport Fire Company.

His family expresses sincere thanks to the staff of the Firefighter’s Home for the wonderful care and compassion shown to him while he was a resident there.

A memorial service for Mr. Beebe will be held in the future.

The family has requested that donations in his memory be made to the Firefighter’s Home, 125 Harry Howard Avenue, Hudson 12534.