COPAKE—George E. Van Sise, 90, of Copake, formerly of Wingdale, departed this life peacefully to reunite with his soulmate, Edna, December 12, 2022.

The couple passed away within 42 days of one another. Born April 19, 1932 in New York City, he was the son of the late Vance Durwood Van Sise and Josephine Van Sise (Mitchell).

He grew up and attended school in Pleasantville, where at the young age of 12, he met the love of his life and eternal soulmate, Edna Van Sise. Some may say that “falling in love at first sight” is cliche, but for them, there was no other option. Their love for one another flourished as time elapsed. On February 25, 1950 in Mount Pleasant, at the age of 17, they exchanged vows and made an ultimate pact, “to have and to hold, to love and to cherish, till death do them part”. That pact lasted for a total of 72 years.

Mr. Van Sise would often be seen wearing matching shirts with his love. He had many jobs throughout his life including a machinist, mechanic, truck driver, therapy aide, nurse and lastly an emergency medical technician (EMT). He truly loved helping others. He was a former volunteer for the Pioneer Hook and Ladder Company in Pleasantville, as well as a life member of the Copake Fire Company. He also volunteered and worked as an EMT for the Community Rescue Squad in Copake. He enjoyed rescuing chihuahuas, trips to Lake George, spending time with family, raising and fostering children and being the best father, grandfather, great grandfather and kind-hearted, compassionate man that he could be. Although gone, he will never be forgotten.

A funeral service was held at the Peck and Peck Funeral Home, 7749 South Main Street, Pine Plains, December 17, 2022 with Pastor Rick Totten officiating; a firematic service followed. Interment was in Irondale Cemetery, Millerton. In lieu of flowers, memorial contributions may be made to Hudson Valley Hospice and Northeast Baptist Church. 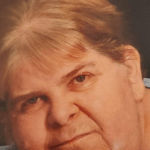 HUDSON—Cheryl A. Gaylord, 67, of Ghent passed away Monday, December 12, 2022 at Columbia Memorial Hospital.

Born November 22, 1955 in Nanuet, she was the daughter of the late Alfred and Amelia (Eigo) McNamee. She was part of the Neighborhood Watch in Philmont and a past president of the Philmont Fire Department Ladies Auxiliary. She loved spending time, most of all, with her grandchildren.

Visitation hours were held December 17, 2022 at the Raymond E. Bond Funeral Home, Valatie. Memorial contributions may be made to the Mellenville Fire Department, 33 County Route 9, Mellenville 12544. 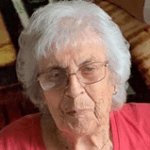 HUDSON—Antoinette Anelle, 96, of Hudson, died peacefully Sunday December 18, 2022 at Columbia Memorial Hospital. Born in Castelvetere, Italy, May 20, 1926, she was the daughter of the late Vincenzo and Maria Grazia (Delisio) Doto. She worked for more than 25 years at Kadin Brothers in Hudson and was a communicant of Holy Trinity Parish in Hudson. She was predeceased by her beloved husband, Joseph Anelle and son, Vincent Anelle. Surviving relatives include: her loving son, Joseph and his wife JoAnn Anelle; grandchildren, Joseph Michael, Vincent Michael and Gia; brothers, Gerardo and Antonio Doto; sisters, Violonda, Consolette. She was predeceased by her sisters, Vittoria, Adelina. Filomena and Giuseppina. 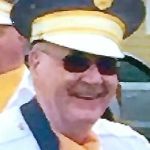 He was born in Stockport, May 6, 1937 to the late Fredrick A. Coonrad and Florence Coons Coonrad.

Calling hours will be held Thursday, December 22, 2022 from 10 a.m. to noon at Wenk Funeral Home, 21 Payn Avenue, Chatham. A funeral service will follow and burial will take place afterwards in the Ghent Union Cemetery.

Those who wish to remember him in a special way, may consider a donation to The Ghent Band, 2117 Ridge Drive, Valatie 12184. For online condolences visit wenkfuneralhome.com

She was a faithful parishioner at Holy Trinity St. Mary’s Parish. She retired as a secretary from the Lorbrook Corporation in Hudson.

She is survived by: her two sons, James Murray and Patrick (Karen) Murray, along with several grand and great-grandchildren. She was predeceased by her siblings, Peter Ferretti, Victor Ferretti, Mary Sturgill, Emily Stewart, Jean Sowersby and Elizabeth Coons.

HUDSON—Regina Fritz, beloved mother, grandmother and great-grandmother, of Hudson died peacefully in her sleep Thursday, December 15. She was 101 years old.

She was born in Philmont, the daughter of Mr. and Mrs. Earl Kisselbrack. She lived in Philmont until she was 18.

She then lived in Bridgeport, CT, before moving to Claverack, where she has lived for the past 35 years. Mrs. Fritz was an avid golfer and was the club champion for the women’s division at the Columbia Golf Course. She enjoyed driving down to Melbourne, FL, during the winter months where she continued her passion for golf.

The family will receive family and friends, Wednesday, December 28 at Bates and Anderson Funeral Home, 110 Green Street, Hudson from 9 to 10:30 a.m. followed by a Mass of Christian Burial at St. Mary’s Church, 429 East Allen Street, Hudson at 11 a.m.

RHINEBECK—Carl W. Kropp, III, 81, of Elizaville passed away Thursday, December 15, 2022 at Northern Dutchess Hospital. Born January 2, 1941 in Yonkers, he was the son of the late Carl and Camellia (Mahoney) Kropp. He lived most of his life in Elizaville.

He attended Pine Plains schools. He served in the United States Army.

He was a communicant and a volunteer at the Church of the Resurrection in Germantown, and assisted at their food pantry.

He loved to entertain family and friends, and cook for them. His other loves included fishing, working outside, building, painting and poetry. He always gave with his heart.

His brother, Jim Kropp, and sister-in-law, Carol Kropp, predeceased him.

His family thanks Marcie, Joey, Debbie, Sandy, Ruth and Topper for all their help and loving care.

After a calling hour December 20, 2022 at the Burnett & White Funeral Homes, 7461 South Broadway, Red Hook, a funeral procession traveled to the Church of the Resurrection in Germantown where a Mass of Christian Burial was celebrated. Interment followed in Elizaville Methodist Cemetery.

Memorial donations may be made to the Church of the Resurrection, ATTN: Parish of the Holy Trinity, P.O. Box 323, Hudson 12534.