Dylan Lockmer is at the podium, then (l to r) Viviana Heron, Celia Casey Autumn Noel and Quinn McCarthy. Photo by David Lee 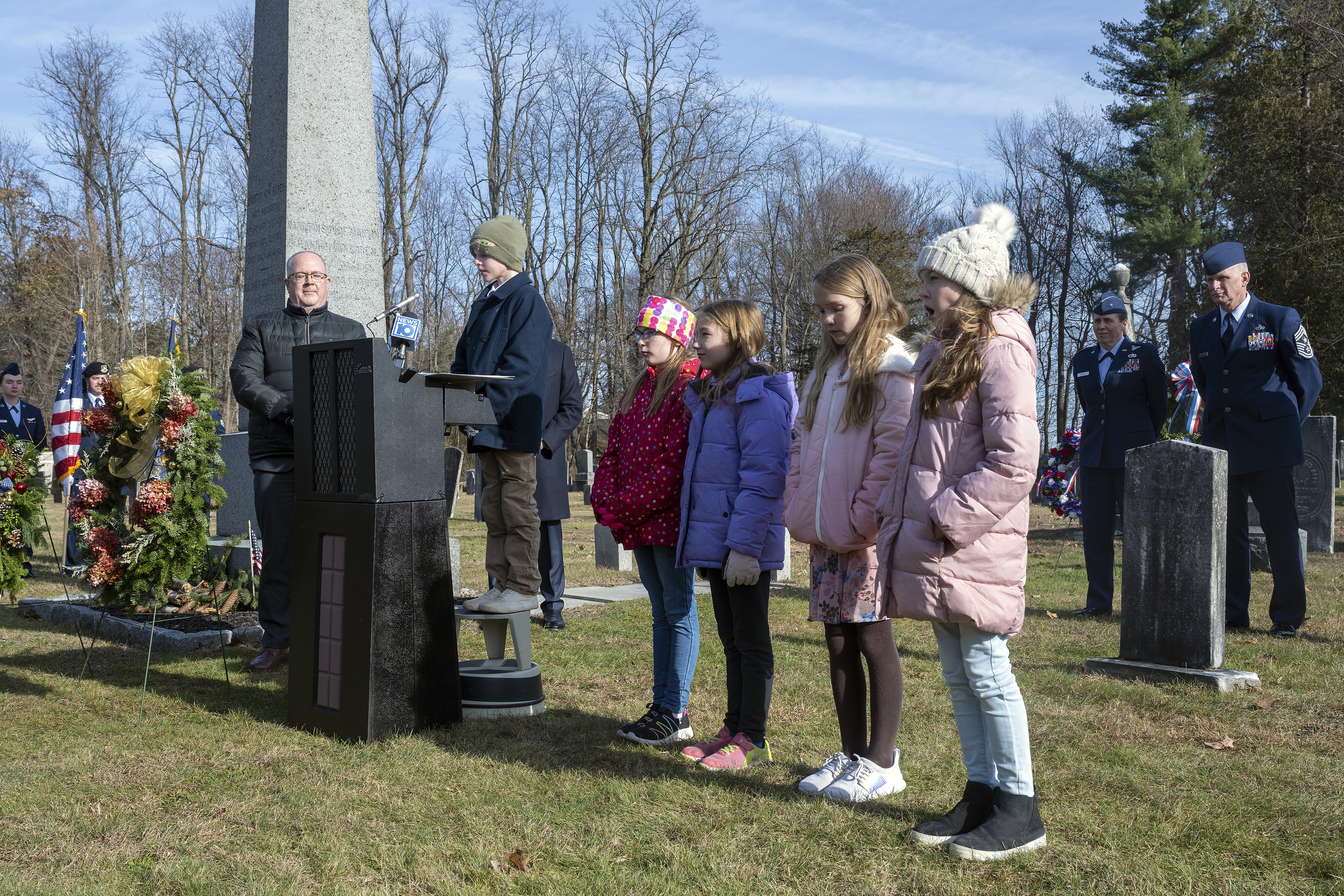 KINDERHOOK – The 8th president of the United States was Kinderhook resident Martin Van Buren, and he is celebrated each year on the anniversary of his birth December 5, with a program conducted at his gravesite in the Kinderhook Reformed Church Cemetery on Albany Avenue in the village.

The event is hosted by the Martin Van Buren National Historic Site, the Friends of Lindenwald and the Village of Kinderhook. Gravity and decorum was provided by a Cordon Detail and Color Guard from the 109th Airlift Wing of the United States Air Force as well as a detail from the Palmer Engine and Hose Company of Kinderhook.

Wreaths were placed on behalf of the Town of Kinderhook and villages of Valatie and Kinderhook, The Friends of Lindenwald, The Kinderhook Garden Club that maintains the gravesite, the National Park Service of which the Van Buren Historic Site is a component. And a wreath was placed on behalf of President Joseph Biden by Brigadier General Denise Donnell.

But the real highlight of the morning was a recitation of the main events of President Van Buren’s life by 4th graders from Ichabod Crane Middle School.