↓
Home Menu ↓
Skip to primary content
Skip to secondary content
Home→Communities→THROUGH THE WOODS: Not a creature was stirring… 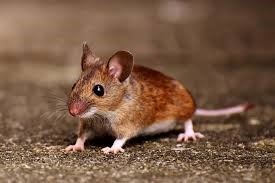 A mouse at rest? Photo contributed

“TWAS THE NIGHT BEFORE CHRISTMAS AND ALL THROUGH THE HOUSE, not a creature was stirring not even a mouse.

”Anyone who has lived in the country knows this would be a miracle. Once I went to Albany for a car repair. On arrival at the service center, a frazzled young woman named Robyn greeted me. I was surprised and asked her what was wrong. She had just spent twenty minutes on the phone with an irate customer. He was very upset because there was a mouse in his car’s air filter, he had spent a lot of money on cleaning and a new air filter in May, and why didn’t they remove the mouse?

I cracked up and said you have to be kidding! Eventually, she was laughing with me at the ridiculousness of it. Throughout the stay of several hours, we traded mouse stories.

One time I was driving along and a mouse came out from under the seat, ran up my pant leg, and went head-first into my open purse. I was on the way to a meeting and I had visions of opening the purse and a mouse jumping out and racing down the middle of the table. I pulled over and dumped out the purse, and no mouse. After gingerly looking around, there was a small deer mouse curled into a ball in the corner of the lining and it would not move. It was playing possum. In desperation, I pinched the back of its neck and dropped the little mouse out the window. Problem solved.

Robyn was horrified and said she would have been screaming. She makes her husband deal with mice. Being single I don’t have that option.

Another time I drove my car (which had been left outdoors) to a big car wash in Albany. Five young men and one woman were vacuuming inside several cars and I watched them doing mine. Suddenly a mouse dropped down from a front wheel well, then a second, and a third. I was hoping no one would notice.

The mice ran out from under the car and everyone started yelling as the poor things ran for their lives with two guys in hot pursuit. The mice made it outside and into the woods. I always wondered if they got to a new home in another car. I was mortified.

Robyn told me they have many vehicles that come in with mouse problems. She had to ask one man to remove all the set mouse traps so the mechanic wouldn’t get hurt. I told Robyn I have not found a good method of keeping them out although pure peppermint oil is the best. We agreed that nothing works well, including mothballs (you can poison yourself), traps, poison (they die under the seats and stink), etc.

One summer I let my old cat go into the closed garage. That season he caught and placed over 100 dead mice on the doormat. That was wonderful until one day he brought in a live one and let it loose in the house. That was the end when it peered out at me from under my computer monitor.

So please, all I want for Christmas is one small personal miracle – no more mice!