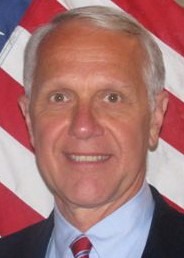 In a letter dated January 18, 2023 sent to both Republican and Conservative party committeemen, Mr. Czajka announced that as his fifth, non-consecutive, term as District Attorney comes to a close, “I inform you that I will not be a candidate for District Attorney in 2023.”

“… You have bestowed upon me the greatest honor of my professional life. I cannot overstate my gratitude,” he said in the letter.

In November 1994, he won election as county judge and served on the bench from January 1995 until May 2011, when he resigned to mount his successful campaign for a return to the DA’s Office against another former DA, Eugene Keeler.

Currently, Mr. Czajka said he has served as DA since January 2012 and will step aside at the end of 2023.

Forty-six DAs have served Columbia County since 1796. Mr. Czajka told The Columbia Paper, he is the longest serving and the first one to serve full-time.

During his tenure as county judge, Mr. Czajka presided over cases in every Superior Court in all seven counties of New York’s Third Judicial District—“resolving all of my Columbia County cases within six months.”

As District Attorney, Mr. Czajka wrote that he has “admired countless law enforcement officials, Assistant District Attorney dedicated support staff, survivors, and victims performing remarkable feats of courage, sacrifice and love to triumph over mind-numbing evil… I have watched these extraordinary people strive to make Columbia County the safe and popular home it is and the destination it has become.”

Since 1988, the DA has required that every count of every indictment be resolved by jury verdict, guilty plea, or motion, thereby establishing a county criminal justice system “unrivaled throughout the state.”

He expressed pride in “investigating and successfully prosecuting innumerable offenses in which particularly vulnerable victims suffered at the hands of violent criminals.”

He also harkened back to the early 1990s when a former New York State Police superintendent called Hudson one of the few remaining “inalterably corrupt cities” in New York State.

He referred, though not by name, to the case of James J. Dolan, Jr., the suspended Hudson police chief, who was sentenced in April 1991 to probation and fined for obstructing justice by interfering with drug investigations by other law-enforcement agencies.

Mr. Czajka credited former sheriffs Paul Proper, James Bertram and “four courageously honest Hudson police officers,” saying, together, “We transformed that city by rooting out official corruption, making it possible for it to become a magnet for tourists and new residents.”

A registered Republican, Mr. Czajka thanked Republican and Conservative party committeemen for their support and friendship.

He encouraged their continued support “by choosing Deputy Chief Assistant District Attorney Ryan Carty as my successor.” He said Mr. Carty “has done an outstanding job working in my office for several years. Having prosecuted more murder cases and other serious felonies than any other prosecutor in recent memory, Ryan has the experience, leadership abilities and prosecutorial skills to keep our county the wonderful place we all call home.”

Mr. Czajka, 68, resides in Livingston on the farm where he grew up.

Asked why he won’t run again, Mr. Czajka said, “It’s time.” While he would not commit to what he will do in retirement, one thing is sure, he said, “I won’t milk cows again.”