Born in Havana, Cuba, September 1, 1960, she was the daughter of the late Cokie and Marta de Bernard. She was a self-employed artist most of her life.

There are no services planned at this time. Arrangements are with the Sacco Funeral Home, Greenport. 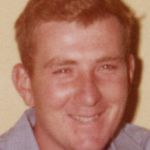 VALATIE—James E. O’Connor died peacefully January 10 with his loved ones by his side. The fifth of six children, he was born in NYC to Irish immigrant parents, Katherine (née Sullivan) and David O’Connor. He grew up in Yonkers, and as a young child briefly modeled clothing in NYC. Often he fondly recalled having “the largest paper route in Yonkers” as an 11-year-old boy. Somber images of star-speckled windows along his route indicated soldiers’ sacrifices during World War II, and permanently impressed young “Jimmy.” But the seriousness of this time never completely distracted him from remembering which customers could be counted on for a generous tip or a Friday afternoon slice of chocolate cake. A few years later he proudly graduated from Roosevelt High School, earning a perfect score on his math Regents exam during his senior year. He loved the vitality of growing up in the city.

After studying accounting and a brief stint in the U.S. Army, he met and married Jane Pease in 1960. To their grandparents’ delight, they later welcomed twin daughters, Mary and Margaret. Mr. and Mrs. O’Connor lived in Chatham until moving to Ghent in 1993, and from there to Valatie in 2014. They also had a home on Cape Cod.

As a sales agent for Peckham Materials, a job he enjoyed, he brokered commercial asphalt sales throughout NY and New England for many years. Away from work, he enjoyed golfing, beach walking on Cape Cod and playing with his beloved dogs Yogi and Casey, and Calvin and Henry. And rarely did he enjoy himself more than when cheering on his beloved Yankees, especially in person.

He is survived by Jane, his wife of 62 years; his daughters, Mary and Margaret; his brother, Donald; many nieces and nephews and their families. He was predeceased by his parents; his sisters, Mary and Irene, and his brothers, David “Buddy” and John “Jack”. “When we hear funny stories in the future, the kind Jimmy loved to share, may we always remember him with a smile.”

In lieu of flowers memorials in Mr. O’Connor’s name may be made to the Michael J. Fox Foundation for Parkinson’s research, https://www.michaeljfox.org/. Condolences may be conveyed at frenchblasl.com. 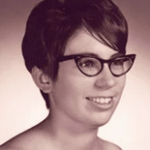 She was born in Hudson, March 2, 1946, daughter of Philip H. Lambert and Marie Moritz Lambert.

A native of Greenport, she was a graduate of Hudson High School class of ’64 and Hartwick College with a bachelor’s degree in nursing.

While in high school, she worked on the family dairy farm and summers at Dairy Queen.

While attending college, she worked as an aide at Columbia Memorial Hospital and upon receiving her nursing license started full-time as a registered nurse until her retirement in 2017.

She was predeceased by her parents and sister-in-law, Loretta Tryon Lambert.

Visiting hours will be at Bates and Anderson Funeral Home, Wednesday, January 18 from 4 to 7 p.m. Services at the funeral home will be Thursday, January 19 at 10:30 a.m. Interment follows at Mount Pleasant Cemetery in lower Greenport.

She was predeceased by George, her beloved husband of 57 years; she is survived by her three daughters: Karen Palchanis, Kristine Zager and Ellen Seaquist; as well as six grandchildren, Jill, Erin, Melissa, Matthew, Justin and David; also one great-grandchild, Amber.

She was born in Brooklyn, May 12, 1929 and resided in Florida for 25 years before returning to New York.

“May she rest in peace.”

A Mass of Christian Burial will be celebrated Thursday, January 19 at Saint James Church, Chatham. Condolences may be conveyed at frenchblasl.com 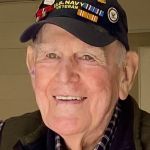 He was preceded in death by Margaret, his loving wife of 70 years; as well as his parents, Ellsworth Fay and Mary (Hester) Reed of Groton and his son-in-law, Patrick Hoysradt of Ancram.

He was a World War II veteran having proudly served in the United States Navy as a signalman aboard the U.S.S. Thuban in the South Pacific. His experience included witnessing the U.S. flag on Iwo Jima and the Japanese surrender in Tokyo Bay.

Mr. Reed was a graduate of Ithaca College and retired from a career at IBM.

A funeral Mass will take place Friday, January 20, 2023, 11 a.m. at the Parish of Our Lady of Hope, Copake Falls, with interment following at Evergreen Cemetery in Pine Plains.

Born January 1, 1951 in Hudson, he was the oldest son of Joseph and Elizabeth (Coons) Cesternino.

He was a lifelong contractor and president of Cesternino Contracting. He also enjoyed farming, deer hunting, the outdoors, QuickDraw, and spending time with family and friends. He was a veteran of the NY State Army National Guard.

He was predeceased by his loving wife, Deborah (Larkin). He is survived by: his brother, Joseph (Andrea); his children, Robert (Leah) Cesternino, Anthony Cesternino, Giovanna (Michael) Baird, and Thomas Cesternino; multiple grandchildren and great-grandchildren.

Per his request, there will be no service at this time.

Memorial donations may be made to any local 4H or FFA.

Visit www.batesanderson.com to leave condolences for the family.