Born February 5, 1932 in Gaylordsville, CT, he was the son of the late Ruby (Hall) and Newton Hills.

He served four years in the United States Air Force from 1952 to 1956, stationed in Korea and Japan.

Mr. Hills was predeceased by his brothers, Stanley, Richard and Charles; his sisters, Gladys, Ethel and Anita and his nieces, Ginny, Patty and Lee Ann.

Services are private. Condolences may be conveyed at frenchblasl.com.

“Bob” was raised by his mother, Marion LaCasse and

grandmother, Katherine Drabick with special thanks to his uncle Ray Zempko.

He took immense pride in his work ethic which began on a local farm at the age of eight years old through high school. Also during that time, he spent many long summer days as a local roofer. He went on to attend Hudson Valley Community College briefly before enlisting in the U.S. Army from 1964 to 1966. While in the Army, Mr. LaCasse was assigned to a special detail out of the Seneca Army Depot for the placement of missiles around the former U.S.S.R. during the Cold War. After an honorable discharge from the Army, he worked for Coca-Cola and Key Bank before spending more than 30 years as a hot stick lineman for Niagara Mohawk. In retirement, he worked for the Healthcare Consortium until illness forced him to retire at the age of 71.

Mr. LaCasse was a former second ward alderman for the City of Hudson, a lifetime member of the Hudson Elks Lodge, the Federation of Polish Sportsmen, the VFW, and the City of

Hudson’s Fire Department (Roger’s Hose). He donated his time as a coach in the Hudson Little League and served as president of the Columbia County Pop Warner Association even long after his children stopped playing. He spent much of his spare time supporting his grandchildren by attending various athletic and school events and doting on his close friend “Buddy.”

He is survived by: his wife of 47 years, Rita (Ranzoni) LaCasse; his children, Robert Jr. (Heather), Joseph and Michael; his grandchildren, Caleb and Connor, Maya,

Calling hours will be held Wednesday, January 25 from 10 a.m. to 1 p.m. at the Bates & Anderson Funeral Home in Hudson with funeral prayers offered at 1 p.m. Interment will immediately follow at Cedar Park Cemetery. In lieu of flowers, the family asks for donations to the Community Healthcare Consortium, 325 Columbia Street, Hudson 12534.

“Ronnie” graduated from Hudson High School, and while attending school, he worked with his father in their family business, Surge milking equipment. His career path led him to the City of Hudson Department of Public Works, where he retired as a foreman after 37 years of service. He loved the City of Hudson and all the friends he met while living here. He was very friendly and social, and loved to converse with anyone who enjoyed his company. Aside from his adoring family, weather was his top priority. He always had a weather report on (especially from November through March) in constant preparation for the next snow removal task. He was especially proud of his green John Deere tractor, and his Harley Road King, both of which he meticulously maintained. He was always improving and adding to his Harley in friendly competition with other bike owners. He also enjoyed, and was proud of his renovations in the family homestead of which he and his wife lived.

He was a social member of C.H. Evans Hook and Ladder, and was a member of Hudson Elks Lodge #787. He was a loving and devoted husband, father, grandfather, brother and friend. He enjoyed hunting in his younger days, and more recently camping up and down the East Coast. He especially favored Maine and Pennsylvania. Enjoying nature and watching weather develop over the Taconic Mountains also gave him much comfort.

Funeral services will be held Tuesday, January 24, 2023, 5 p.m. from the Bates & Anderson-Redmond & Keeler Funeral Home, Hudson. Visitation prior to funeral prayers will be from 2 to 5 p.m. Contributions in his memory may be made to St. Jude’s Children’s Research Hospital.

HUDSON—Leonard A. Scovel, 80, of Elizaville passed away Sunday, January 1, 2023 at Columbia Memorial Hospital.

“Lenny” was a successful business owner of Ultimate Car Care for much of his life. He had many careers through his working-life including commercial fishing, a crane operator, and even in his younger years a dedicated boxer. But his love for auto mechanics and restoring muscle cars kept him happy and busy through life. He had a love for motorcycles and enjoyed long rides. 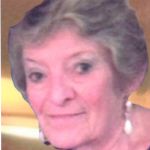 CHATHAM—Mildred “Millie” K. Gauthier of Chatham passed away January 21, 2023 surrounded by her family.

Born December 13, 1941 in Chatham, she was the daughter of the late Francis J. Russell and Dorothy Tompkins Russell Leonard.

She was in the Chatham Central School class of 1959. After graduation she worked at Columbia Box Board and later at the Hudson River Bank and Trust and Trustco Bank until her retirement.

She was a charter member of the East Chatham Fire Company Ladies Auxiliary. She enjoyed gardening and cooking and she prided herself on keeping a spotless home. Her two sons and five grandchildren were her pride and joy.

She was predeceased by: her son, Richard; her stepfather, Charles Leonard and her aunt, Vera Tompkins Williams.

Services are private. Condolences may be conveyed at frenchblasl.com. Memorials in her name may be made to the Chatham Area Silent Food Pantry, 77 Main Street, Chatham 12037.